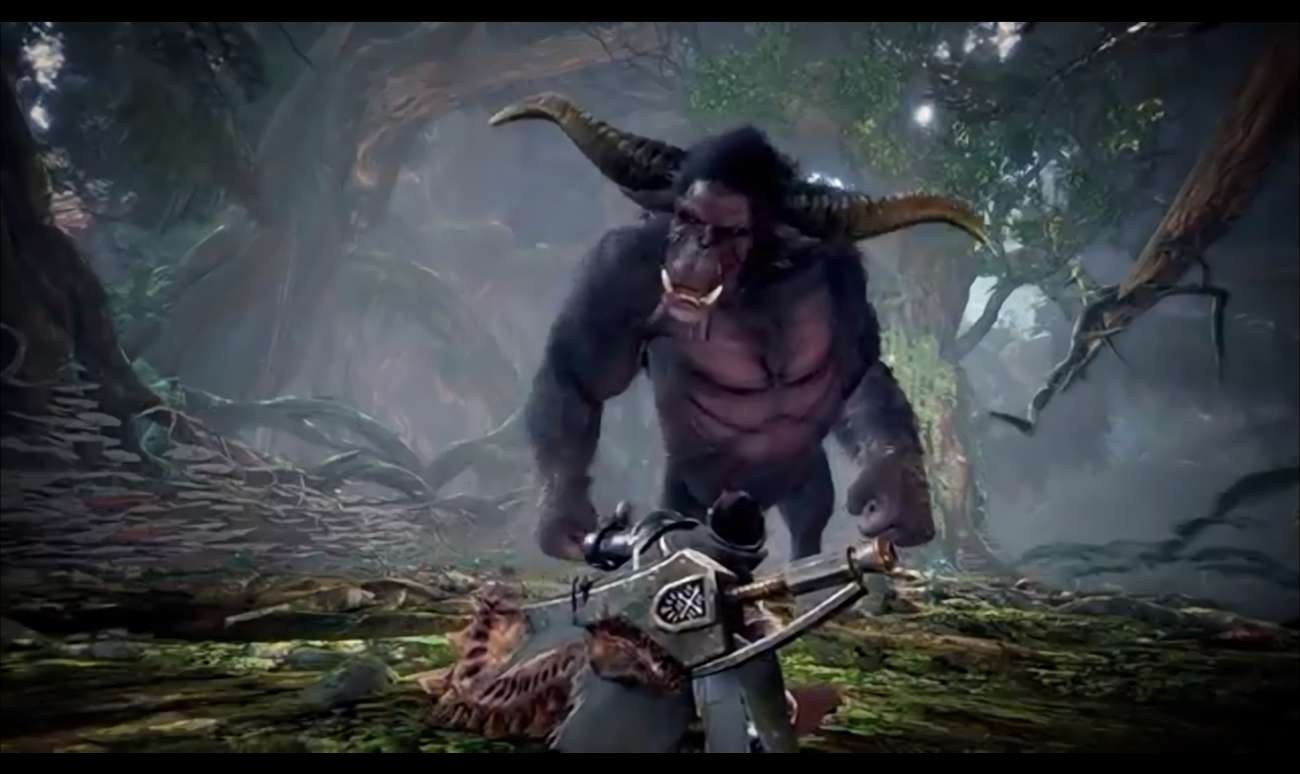 We’re just a couple of days away from the release of Monster Hunter: World’s expansion pack, Iceborn. It has received a lot of spot in the gaming community because of its sheer size, and of course, the monsters. That’s a huge reason why people love this game and the franchise in general. The monsters are unique and always put up a fight. It’s hard to find another game that replicates this successful recipe. Capcom certainly deserves a lot of credit.

Iceborn’s monsters have been showcased here and there at various conferences, and for the most part, they look menacing and powerful. Capcom has just revealed the first post-launch DLC monster that will be coming to the expansion pack as an add-on. That monster is Rajang, a ferocious and powerful ape.

Fans of this storied series might remember Rajang from Monster Hunter Freedom 2. In this game, he was super powerful and very difficult to take out. It wasn’t until you equipped your character with the right items and had a high level when you could really have success against his rage-like attacks.

In this expansion pack, Rajang looks even more menacing. A trailer shows him looking massive and shredded. As if his stature wasn’t imposing enough, his devilish horns and mouth dripping with saliva paint a pretty formidable opponent. Rajang is certainly not a monster to be played with.

Land enough attacks and Rajang will charge up an electrical blast that he can shoot out of his mouth. Keep pressing him and he’ll go into Rage Mode, which is represented by his hair turning golden. See these aesthetics and you know it’s about to go down for your created character.

This DLC monster is an amazing addition to Iceborn. Rajang has been a fan-favorite for years now thanks to his iconic looks and sheer power. If these are the type of monsters that fans have to look forward to in Iceborn, then it’s going to be one successful expansion pack.

Who knows what other new and returning beasts will make an appearance in these icy landscapes? Capcom has done an amazing job at adding content to an already great game in Monster Hunter: World. It’s one of their best-selling games next to Resident Evil 2 (remake).

Iceborn officially launches September 6 on the Xbox One and PS4. Rajang is just one of the many captivating monsters you’ll get to go toe to toe with. Epic battles await.