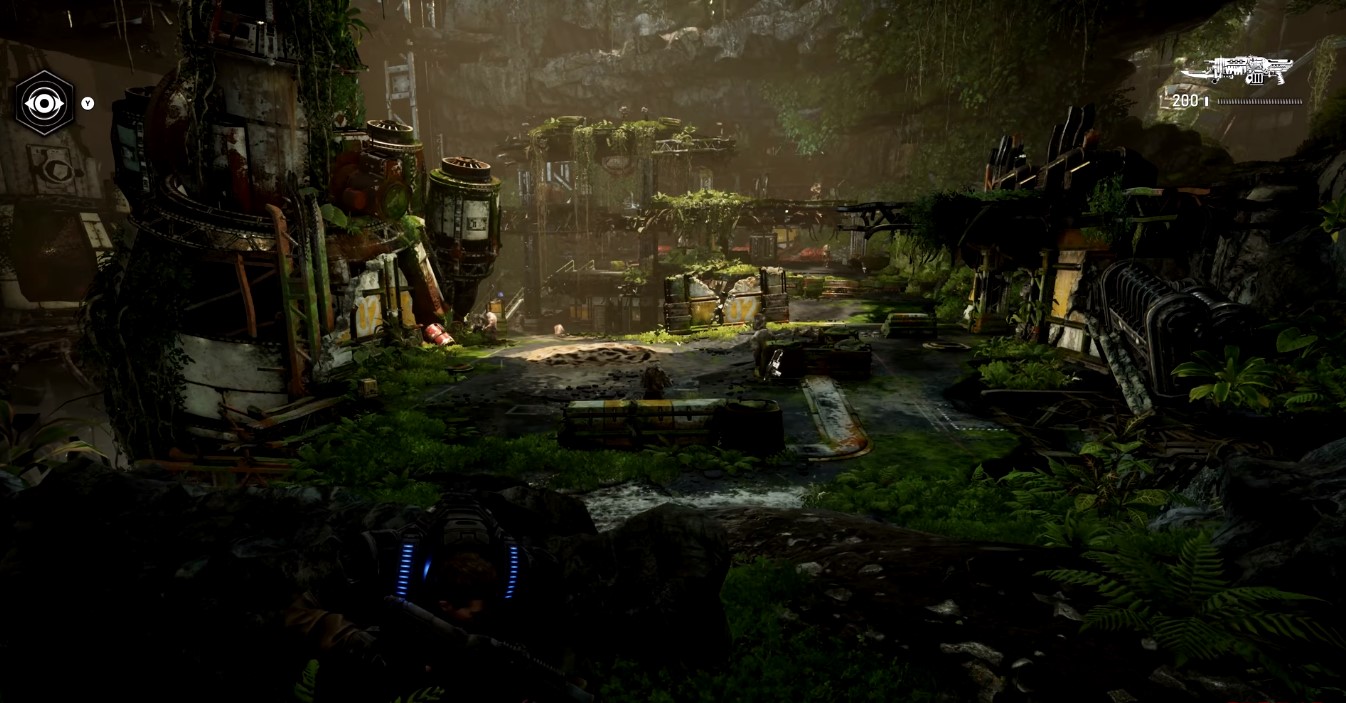 Gears 5, one of the most applauded sagas in the gaming world, has by far the most prominent story mode ever as compared to the previous Gears. It has five thrilling modes with the most extensive campaign ever held.

The game is brought by Microsoft’s dedicated Gears studio, the Coalition, featuring the most extensive single-player campaign in history. The Coalition has done more adjustment and experimentation on Gears 5 than ever before.

During a PAX panel in Seattle, the Coalition studio’s head, Rod Fergusson, revealed that the upcoming Gears 5 includes a map of War level that is 50 times bigger than its predecessors, the previous Gears.

Fergusson also revealed some of the new features of the game, such as the companion bot called Jack, who can float and fly around and gives out a variety of advantages to be unlocked throughout the campaign. This newly designed personal support can give protections to allies and at the same time, provide considerable damage to the enemies.

Unlike the previous classic Gears campaign that recklessly entered into fights after fights, The Coalition aimed to give players chances to commence combat on their own volition.

Other noteworthy features of this game include the three-player split-screen features that allow three players to engage in a battle at the same time which increases the chance of winning, learning the art of combat from beginners to masters in fun Bootcamp and high-performance visual display that supports 4K and HDR.

Furthermore, the gaming experience becomes more customizable with the upgraded features that give players easy access to one-stick movement, remapping complete control, and better subtitles, and many more.

Here’s a quick sneak peek on this new upcoming gameplay.

Skiff, the transportation of the latest Gears version, gives players the ability to control the game’s pace and freely decide on whether to initiate combat or continue exploring. Additionally, the Skiff offers options on taking up side missions, picking loadout of weaponry, and gives an upgrade for the new character Jack.

The central focus of the upcoming game is to allow gamers to have complete control and selections anytime in the game throughout the campaign.

Gears 5 will be released on September 10, but avid gamers can play it as early as four days before the release if they subscribed to Xbox Game Pass Ultimate. Microsoft Store also offers other freebies and attractive packages for players that pre-order any of the digital edition of the game before September 10 or play them before September 16.

Nov 21, 2020 Dylan Duarte 7860
Professional wrestling and video games go together like peanut butter and jelly. They're both loud, bombastic, and insanely fun. These two worlds...

Mar 25, 2020 Chris Miller 8720
Great news for those that are deeply involved with The Coalitions ever-boisterous franchise, Gears of War.  Gears 5 admittedly had a bit of a...

Dec 19, 2019 Chris Miller 6050
The recently passed Game Awards left some scratching their heads at some of the winners that walked away with acclaims for interesting...