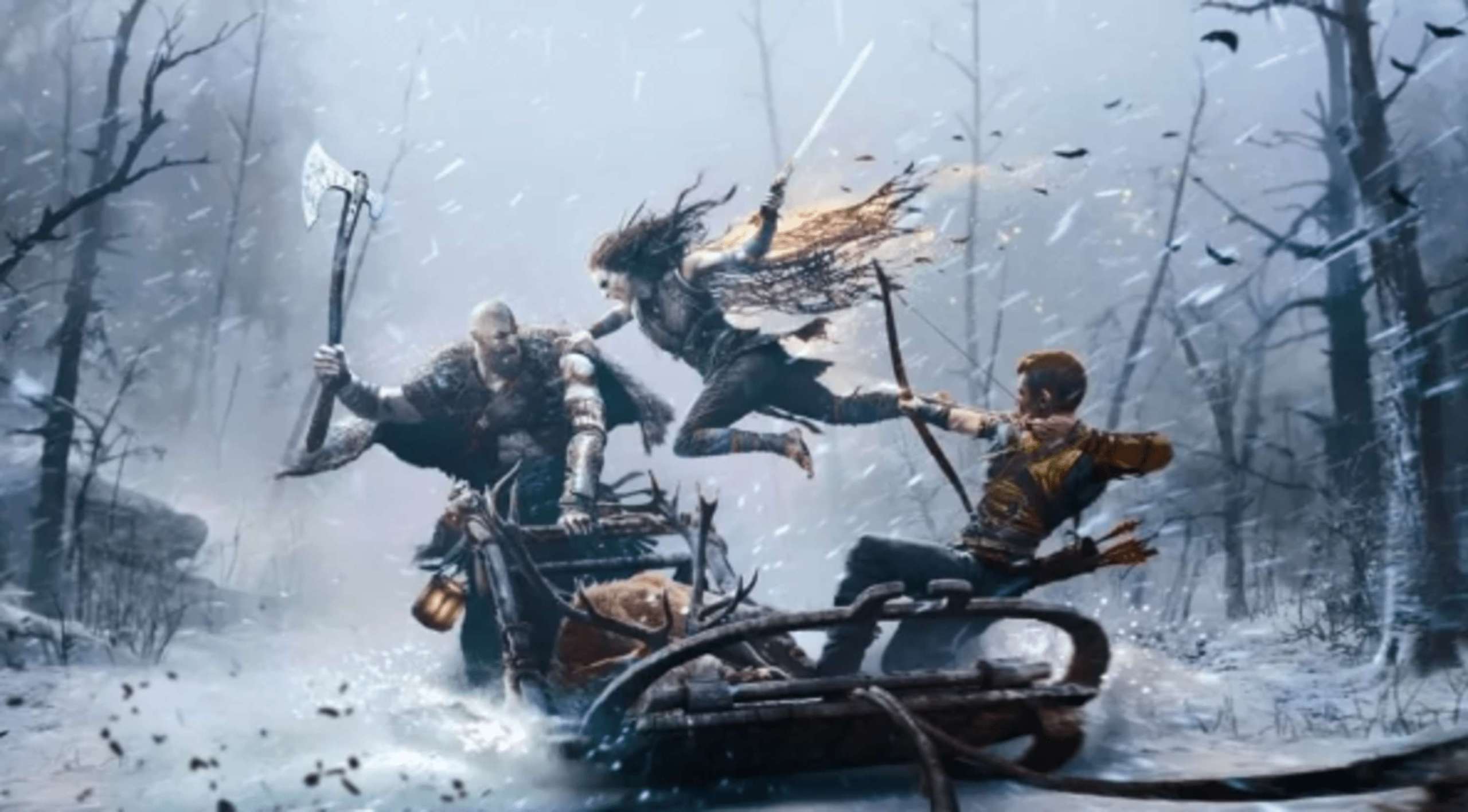 The most recent State of Play announced that a DualSense based on God of War: Ragnarok would be coming out on November 9. Sony has just presented their monthly State of Play conference, unveiling new titles, including Tekken 8 and Rise of the Ronin, and updates to previously announced games like the rebranding of Project Eve as Stellar Blade.

Though there were many exciting announcements, the fresh new story trailer for God of War: Ragnarok was undoubtedly the showcase’s most anticipated feature. Further, a special edition DualSense is also in the works.

Even before Ragnarok had a story trailer, the DualSense was advertised with a small clip showing the wolf and bear symbols that represent Kratos and Atreus. The new DualSense, exposed when the ice crumbled more, is blue and white in color and depicts a bear and wolf howling into the air on its touchpad.

When Sony unveiled the controller’s look, they also announced that it would be available for purchase on the same day as the game’s official release, November 9. The price of the controller is unknown as of this writing, but according to the PlayStation Blog, we know that pre-orders will begin on September 27.

The God of War Ragnarok DualSense is the first limited edition DualSense to be produced by Sony since the debut of the PS5. Several colorways, including purple, red, pink, pastel blue, and even camouflage, have been unveiled lately, but this Ragnarok release is the first to be specifically associated with a game.

Sony also recently unveiled the DualSense Edge, its competitor to Microsoft’s Xbox Elite controller, in case you find the Ragnarok DualSense to be wanting. Neither a release date nor price has been announced, but it’s evident that PlayStation players will have a choice of controllers in the near future.