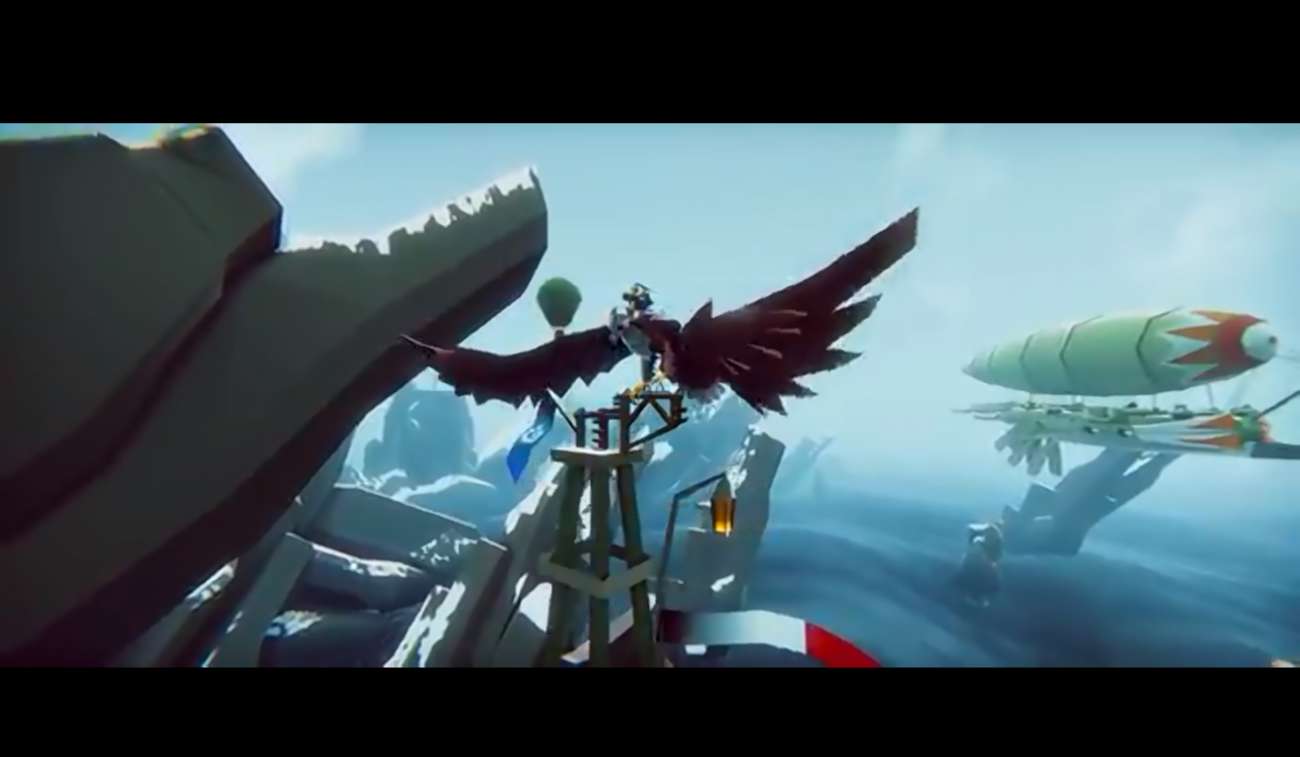 It’s rare that we get games featuring large birds, but when we do, that’s certainly worth celebrating. You’ve never seen large birds like those featured in The Falconeer, though. These birds operate much like dog-fighting planes that go at it in the air. The stakes are literally life and death.

Sounds like a pretty insane premise, but somehow for The Falconeer, it all works. This PC game is currently scheduled to release later in the year, and to showcase some of the insane aerial action, a trailer is available. The elegant music playing in the background paints a majestic picture of these elegant birds flying above a vastness of sea.

Much of your time will be spent hovering above these waters. The open-ended design should play well for the amount of room you’ll need to engage in falconry combat. As the pilot, you’ll be responsible for navigating your massive bird around these waters.

Much like fighter jets, you’ll have to pull off incredible defensive maneuvers to avoid enemy fire. Barrel rolls — for example — are highlighted a lot in the trailer. Only, the way these birds move is even more impressive than jets.

They have a bit of grace about them that lets you know they’re highly skilled when it comes to flight. As you progress through this game, you’ll have the chance to enhance your giant bird and add incredible items to your collection.

In addition to its bird progression system, there will be plenty of quests to go on. They’ll help you earn memorable rewards and progress the story. You’ll also be able to customize your pilot’s clothing and abilities.

The very act of flying around on a huge falcon seems like a good time. Adding in intense combat should make The Falconeer stand out that much more. The dogfights that are featured are pretty intense and feature fast-tempo attacks.

You’ll have to be alert at all times and respond quickly to enemy attacks if you hope to keep you and your falcon companion alive for a reasonable amount of time.

If you have a bit of time and are looking for something novel to add to your PC collection, The Falconeer seems like just the title for you. The flight mechanics look so smooth and fun to master.

There seems to be plenty of things to do around these watery environments, too. Who knows what sort of characters you’ll interact with? Either way, taking your pilot up the ranks using a massive bird seems like a winning recipe.

Riot Games Accidentally Reveals New League Of Legends Champion During PBE Mishap - But Who Is She?