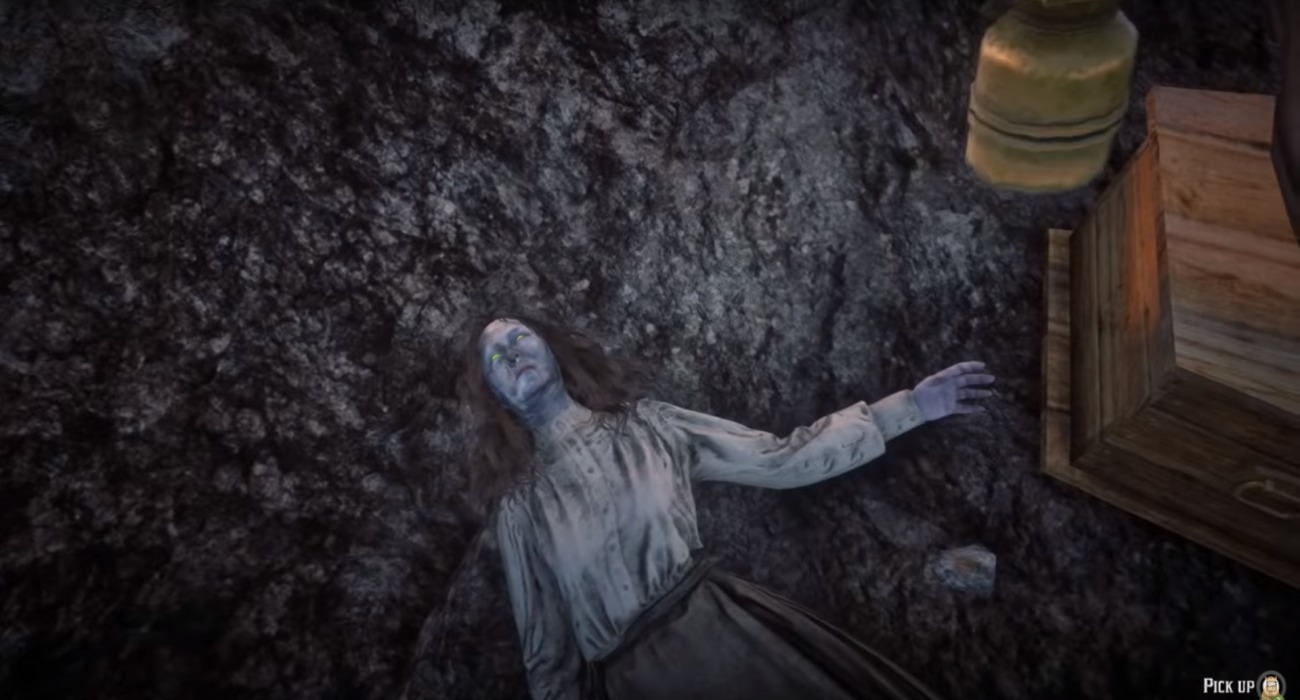 Red Dead Redemption 2 was one of the most successful games in 2018. It took everyone by storm thanks to its gripping story, fun combat, and sheer size. It’s one of the biggest games Rockstar has ever made. The miles and miles of environments you can traverse through will leave you with hours of content to enjoy. The online component is another reason for its success.

Red Dead Online gets updates on a regular basis, featuring new challenges and characters to interact with. An upcoming update that could be in the works is an Undead Nightmare expansion pack. You might remember the first one from the original. It introduces the undead to the game. Could a similar expansion come out for the sequel?

Many online users are beginning to think so. You see, one of the NPCs in the multiplayer mode appears with zombie-like features. She has green eyes, a deathly stare, and skin that has obviously seen better days. Is she a zombie like those featured in the Undead expansion? Possibly. A lot of users have seen her on their quests, along with floating dead bodies in the swamp.

Others claim these zombie themes to be glitches. There have been plenty in Red Dead Online before, so it wouldn’t be surprising if this was just some sort of coincidence. Then you start thinking about Halloween being just next month. What better way for Rockstar to tip their hat a month prior to this ghostly day with the addition of several zombies? That’s great to think about.

Undead Nightmare was one of the best parts of the original. The Walking Dead has been one of the most iconic and popular television series of the past decade, so it was only a matter of time before zombies started showing up more and more in video games. We’ve seen a lot of games recently broach the topic well, including Days Gone, Resident Evil 2 (remake), and World War Z.

It would be amazing to see how Rockstar could improve upon the expansion in this latest version of Red Dead Redemption. They have so many resources at their disposal. For now, all of this zombie talk is just wishful thinking. There aren’t any concrete confirmations at the moment that a zombie expansion is indeed coming to the game. Still, it’s fun to contemplate. It could be just another reason why Red Dead Redemption 2 is one of the best video games of this generation. Let’s keep our fingers crossed.

Sep 26, 2022 Michael Gunn 140
There have been rumblings that Destiny 2 might be adapted for mobile devices at some point. Several patents held by Bungie provide hints to features...

Sep 25, 2022 Tom Lee 370
To address a common gripe from the Call of Duty: Modern Warfare 2 community, developer Infinity Ward has confirmed changes to how lobbies disperse...

Sep 25, 2022 Michael Gunn 220
Even though Gotham Knights will be available in less than a month, the general tone surrounding it continues to be one of bafflement. It's not that...