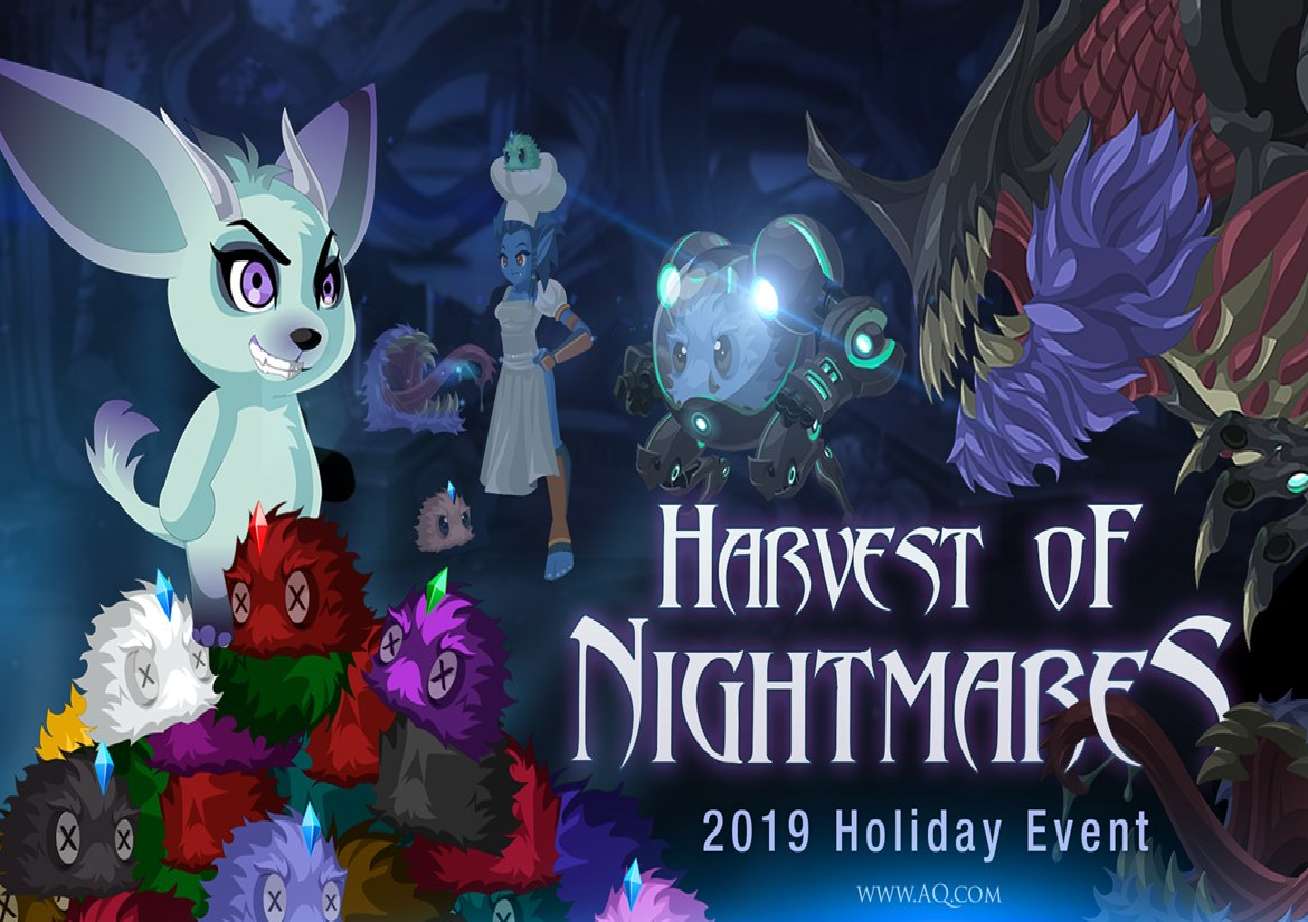 As they do every year, Oishii the Troll Chef is the focal point of the event, and as always, players will talk to her to start the event. As she does every year, Oishii uses her cooking magic to create a massive feast for all adventurers in LORE, or the Land Of Rising Evil, with hilariously dangerous results. This year, Memet the Nightmare Moglin was contacted by an alien race of “adorably fuzzy” creatures, the Furbles who want to help Oishii to create a new kind of meat.

This creates the questline for the year, where players will gather the materials that Oishii and the Furbles will need for the event, which will inevitably turn into a boss monster for players to fight.

The event comes in three parts; the Memeat Lab, a pun based on Memet’s name, the Harvest of Nightmares, and an unknown event coming the week after Thanksgiving to round out the month of November. Players will need to battle Sneevils, small goblin-like creatures with an obsession for boxes, turkeys and Turdrakens to gather the missing Furble tech needed for the event.

Once this is done, players will need to survive the Harvest of Nightmares and battle the boss for the event.

During the event, players will get access to rewards that look like the Star Trek species the borg, including Borgrix Guardian armor,3 Borgrix helms, a Borgrix Fuel Pack cape,5 Borgrix weapons, a Mecha Furble pet and house item, and much, much more. These items will drop from the monsters and bosses in this event, so if players want this, they’ll need to get grinding.

Much like the other games under the Artix Entertainment envelope, players will not miss out on the previous events, so new players will get still get access to Harvest, Turdraken, Harvest Floats, Foul Farm, Banquet, Grams, Artix’s Home and Killer Kitchen.

The maps for these events will return for this annual event, as well as the rewards from these events, so there’s no reason for new players not to play these past events while working toward the new one. Enjoy, and BattleOn!