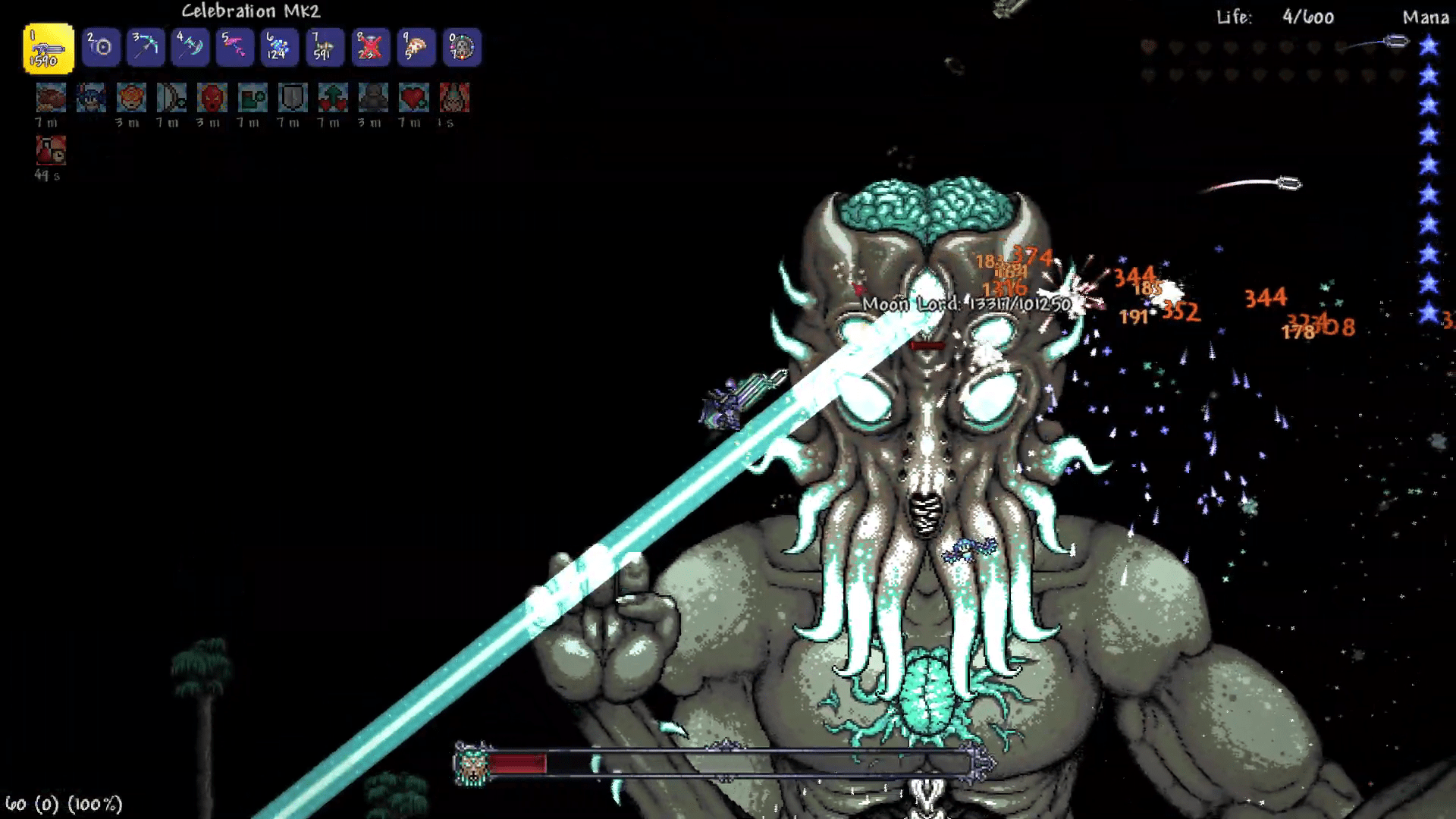 Terraria is one of the best selling games of all time, with close to 30 million copies sold. It released in 2011 to critical acclaim. Since then, regular updates have kept the content fresh, although the fans never expected or demanded them. I bought the game for two dollars fifty and have accrued three-hundred hours on the game – that’s some serious value. Now there’s more on the horizon with Journey’s End.

A few years back, Re-Logic announced there was going to be no more updates. That’s it! Time to work on another project. A year later, more content released for Terraria. On and on this cycle raged. It seemed like each time the developer’s got bored with other projects they turned back to Terraria and added a new sword, a new boss, a new creature.

Each update which came out was just massive. If you log-on to Terraria now after a few years without playing, the game is barely recognizable, yet still captures your attention as it did all those years ago. It looks like the Journey’s End DLC update will be no different in scope and depth of content.

One thing to get excited about is the new Master Mode. Look, it’s not easy to beat the game on Hardcore. All you need to do is watch players speed run the most difficult versions of the game. It’s a positive change, according to the hardcore Terraria players out there, that Re-Logic continues to challenge the player base and don’t always appeal to casual players. There’s something for everyone in Journey’s End.

Re-Logic also says they’ve added hundreds of new items in Journey’s End. No surprise there. It’s always a daunting thought when it comes to tackling a new Terraria update – the game is so packed full of content it can be difficult to know where to start. Don’t worry about having any path through the game, any plan, or purpose. Play it, and experience it. That’s what everyone loves about Terraria.

Does the title of the DLC, Journey’s End, signify Terraria’s long-lasting legacy finally coming to an end? Is Terraria 2 looming on the horizon?

Every Terraria fan is keenly awaiting news of the next Re-Logic projects, but in the meantime, if you want to grab the game yourself, it always hovers around five dollars on Steam. All the content is free, and there’s a lot to see and do. Did I mention they’re adding golf, by the way? Golf!

Jul 4, 2022 Tom Lee 2270
MMORPG.com: With the Dragon Hunt system, it senses like you're putting up players so they can easily fight the dragons attacking Faerûn. How do you...