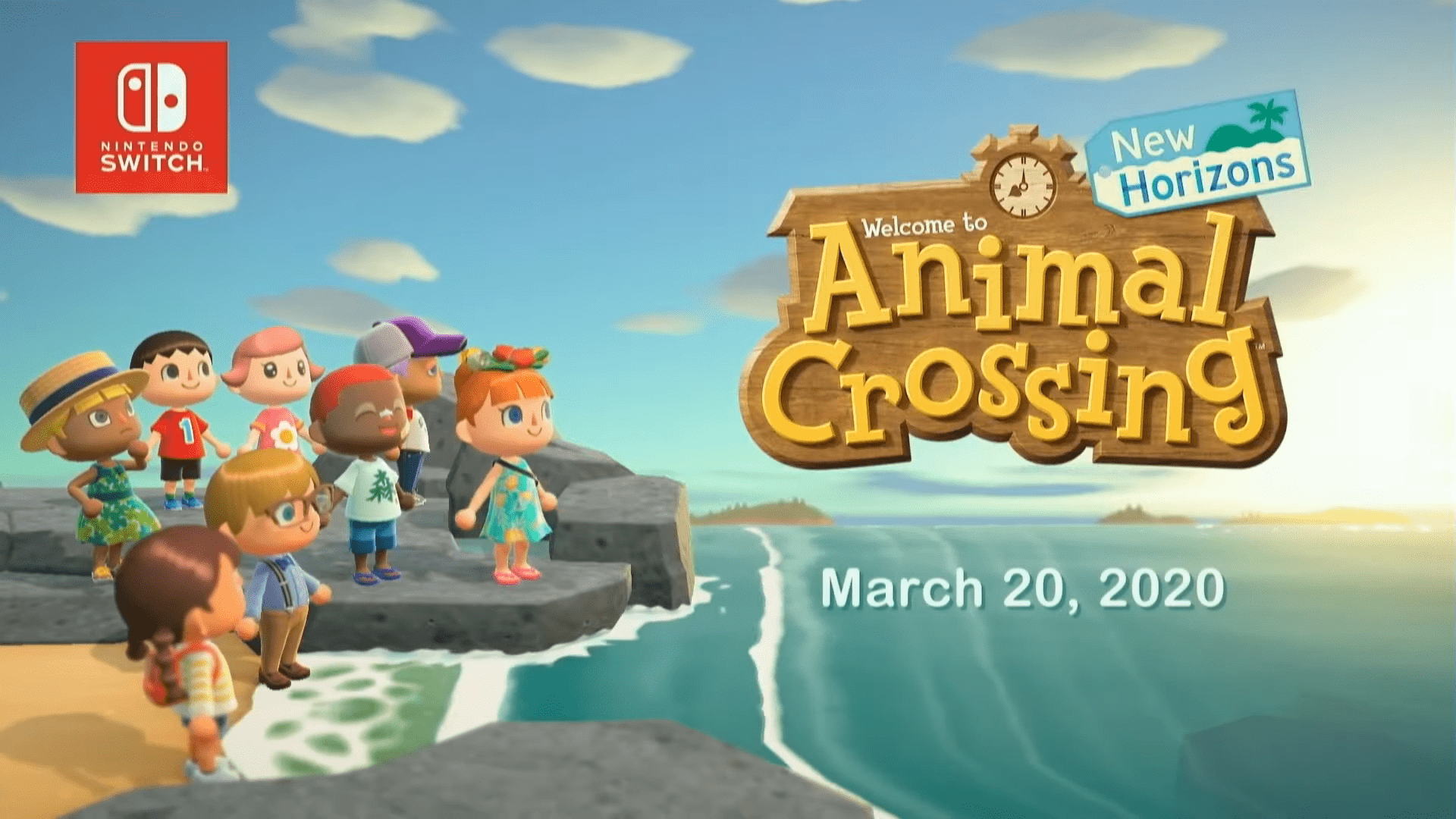 On June 11, 2019, Nintendo hosted a Direct for E3, featuring many upcoming titles for the switch. They also revealed some new information about Pokemon Sword and Shield, and a couple of new introductions to the Smash roster. One of the most highly anticipated titles was also featured: Animal Crossing Switch.

The game, now officially dubbed Animal Crossing New Horizons, is the first Animal Crossing title to be released in over 6 years after New Leaf. It is no wonder then that the fans are starving for information about the new title. So what was revealed about the game from the Direct?

Well, starting with some disappointing news, the game’s release date has been pushed back to March of 2020 from the original date of 2019. The company has stated they need more time in order to craft the quality addition to the series everyone has been craving. Animal Crossing fans have waited this long, hopefully, they will not be too upset about the setback.

Now on to better things. The game seems to feature around a seemingly deserted island. The player will start with modest accommodations of a tent and have to build a house and habitable island for villagers from the ground up. The player will be able to turn a sparse and inhospitable landscape into a thriving community, with favorite villagers from earlier titles making return appearances.

Nintendo seems to have taken some inspiration from Minecraft, as the trailer also showcased the introduction of item crafting. The player, having gathered loose materials from the island around her, was then able to forge a flimsy ax for more efficient collection. The workbench used to craft items will be provided by none other than Tom Nook.

The trailer also seemed to show an unconfirmed but exciting feature. The player in the Direct is able to place a piece of log furniture to sit on straight out of her inventory. This suggests that players will be able to freely decorate their island home, similar to how yards were able to be decorated in Happy Home Designer. This has exciting implications for those who are meticulous about crafting the perfect Animal Crossing world.

Another exciting piece of information for those interested in town landscaping, path placement makes a return in this installment. The trailer shows the player painting a swath of dirt paths right onto the ground, making town design easier and more efficient than ever.

The trailer closes with yet another exciting tidbit of information. At least 7 player characters are seen exploring the island map side-by-side, seemingly indicating that the game’s multiplayer capacities will be upgraded from the 4 person limit of earlier titles.

Sep 18, 2022 Tom Lee 4830
A player in the Animal Crossing: New Horizons community recreated a scenario from one of the teasers for The Legend of Zelda: Tears of the Kingdom....