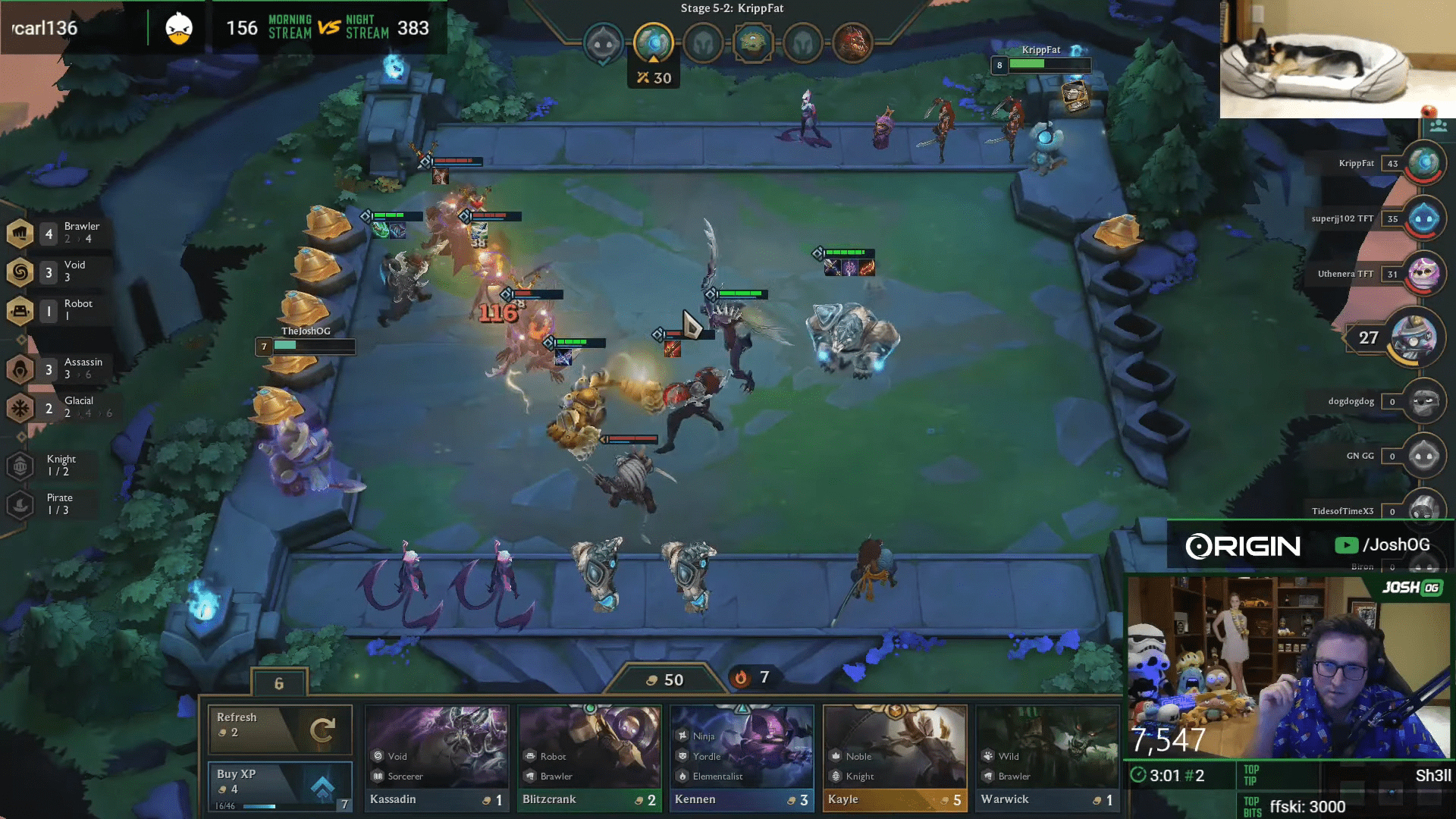 Hosted through Twitch Rivals, the Teamfight Tactics Showdown took 64 Twitch streamers and pitted them against one another in a two-day battle to earn cash prizes and claim the title of TFT champion.

The tournament took place across two days – July 17th and 18th. On day one, the 64 streamers were divided into two brackets of 32, which competed in stages throughout the morning and afternoon. By the next day, that number had dwindled to 16.

During the second day, a series of games cut that number in half to 8, leaving just one game left to play.

Many rounds were incredibly close, and the entirety of the TFT Showdown featured a lot of exciting strategies, misplays, and close calls that left viewers reeling as the streamers went head-to-head for the top spot.

Fan favorites rose and fell, but ultimately the last group consisted of both strong contenders and unexpected players.

Reckful was the first to bite the bullet, followed quickly by Dogdog despite his substantial success throughout the entirety of the tournament. TidesOfTime and GN_GG had initially held a lead, but as anyone who plays or watches TFT knows, the tides can quickly change, which ended up eliminating them from the competition.

This left the final four – Kripp, Uthenera, superjj102, and JoshOG. It became clear that, despite many regular players of the game complaining about the RNG aspect of the game, that the best of the best knew how to out-maneuver these factors.

Superjj102 was the first to fall, as his Ninja / Assassin / Guardian composition failed to rival Kripp’s Rapid Fire Cannon Zed. This left the top three to flesh out the rest of their team comps and itemize, strategize picks, and place champions as smartly as they could.

With three similar Assassin-based team comps and all players below 20hp, it was an intense showdown of high-damage crits and seeing whose team battled the hardest.

At just 2hp, Uthenera barely beat out Kripp at 7 health in an incredibly close round, clutched closely by an Akali wielding Warmog’s.

That left Uthenera and JoshOG with a 14-health difference, but it took just one more PvP round for JoshOG to take the victory.

Thank you to all of today’s streamers & our sponsor SportClips. pic.twitter.com/ngPPrRLkr5

The variety streamer and Youtuber has been giving a lot of focus to TFT since its arrival, and his time spent playing the auto-battler game has paid off.

What truly stood out throughout the whole tournament for JoshOG was his incredibly strong Volibear pick. In the final game, JoshOG upgraded Voli to Level 3 with a Guinsoo’s Rageblade and two Youmuu’s Ghostblade, which gives the Assassin trait – something that he hadn’t initially intended for, but obviously worked in his favor.

While many players had some fantastic upgrades and selections, and the Assassin comp seemed to be a choice favorite, it was JoshOG’s powerful Volibear and Glacial frontline that won him the game.

JoshOG finished out the finale by screaming “number one” and can celebrate his success as the TFT Showdown Champion with more than $8,000 in prize money.

Set In Snowy Colorado: Wasteland 3 Will Be A Direct Sequel To The 2014 Game Wasteland 2