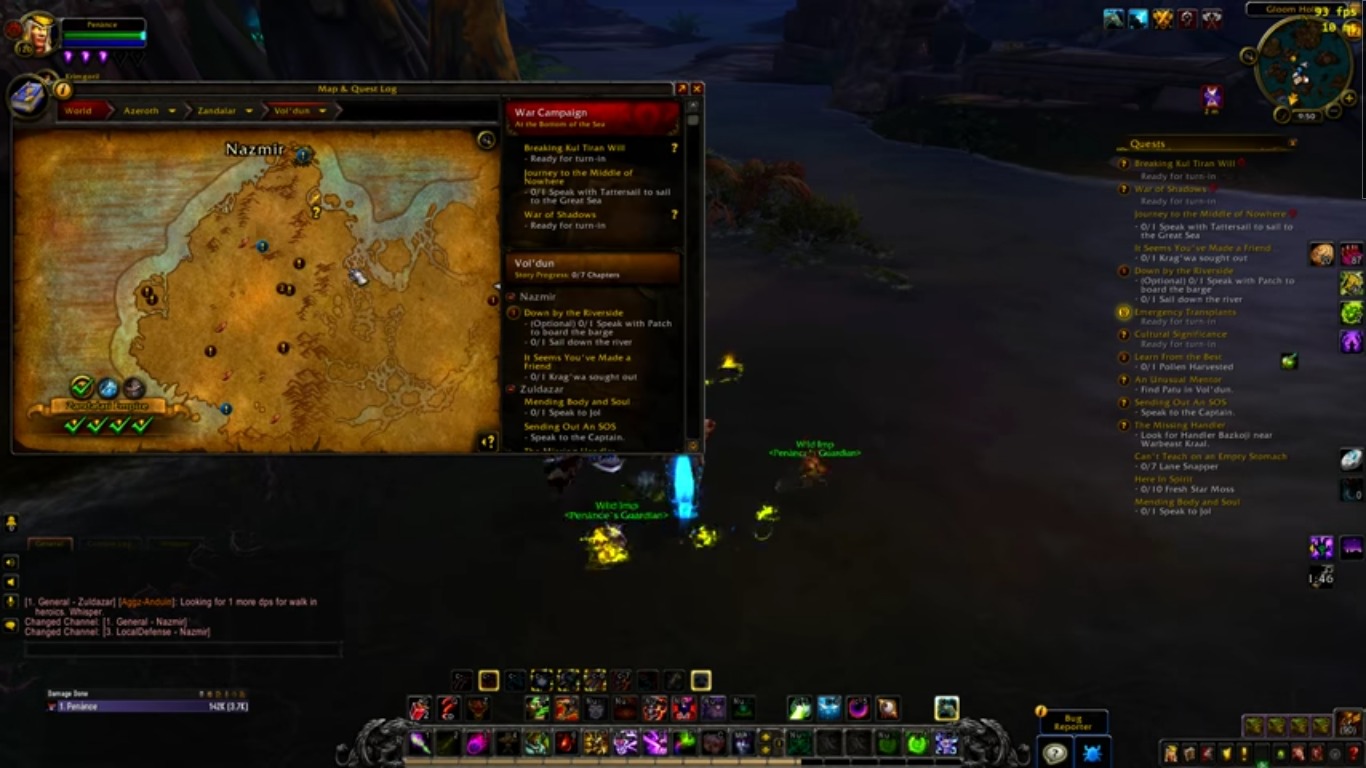 There has been a lot of exciting goings-on in the online game of World of Warcraft these days. After releasing the Battle for Azeroth expansion last year which was the first expansion in a while, there was also the release of a new patch update, Rise of Azshara which came out just last month and the highly anticipated WoW Classic will be making its comeback for players to enjoy in August of this year.

There are a lot of annual things that happen in World of Warcraft that players look forward to every year. One of those things being the World of Warcraft World Quest Bonus Event. The event will begin on July 30th, 2019 and it will run through August 6th, 2019. The World Quest Bonus Event will make the completing of World Quests even more rewarding for those players who complete them by allotting a bonus reputation to whichever faction the player belongs to.

World Quests are in-game content that the max level World of Warcraft characters will have the ability to take part in. There are hundreds of different quests that players will be able to complete that will range in length and difficulty. Usually the longer the World Quest is, the more difficult it will be.

Players will be able to see how many quests are available in the area they are currently in by looking at their map, and the map will then update accordingly as the player travels throughout the lands. There is also the ability to see the different types of World Quests available in the area by taking a look at the mini-map.

World Quests already come with a variety of different rewards, but the bonus reputation being given for the Quest Bonus Event definitely makes completing the quests that much more worth it. If you don’t have a character that has reached the point of being able to participate in the World of Warcraft World Quest Bonus Event don’t worry too much as there are still a few days left before it kicks off.