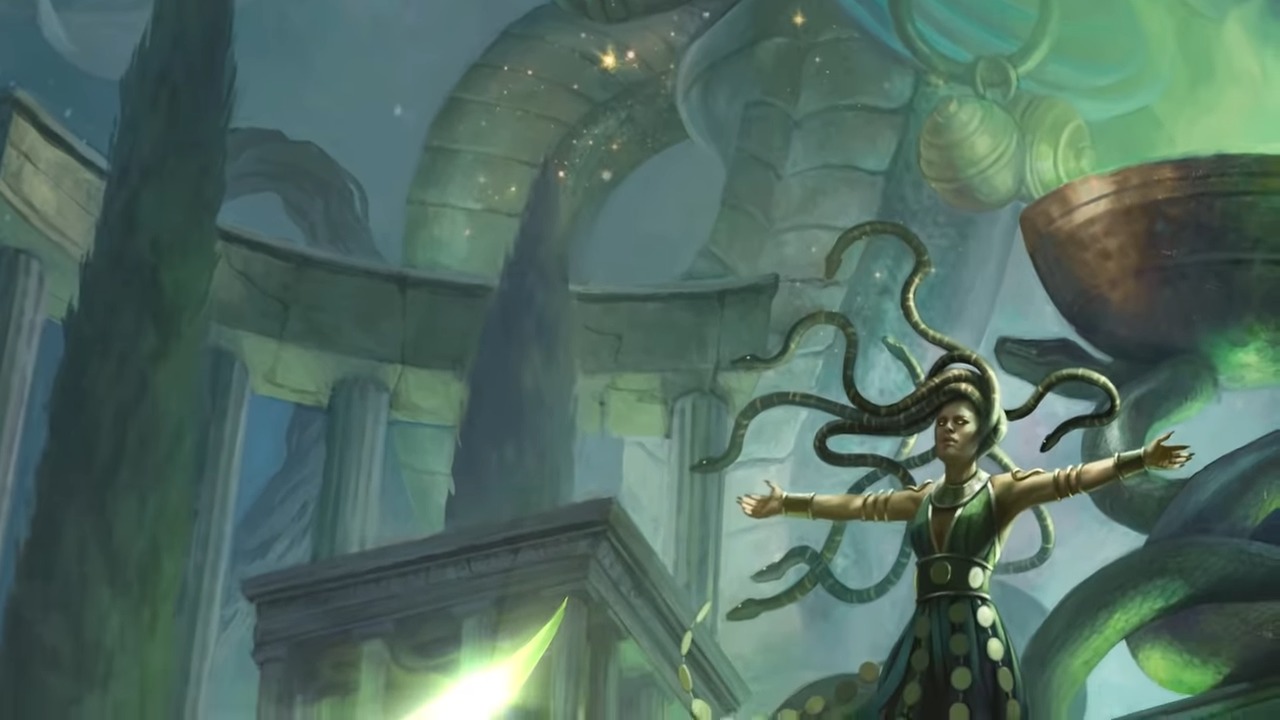 Mythic Odysseys of Theros is almost out in full swing with the digital copies already having been released as of June 2nd on places like D&D Beyond and Roll20. While the physical copies still have yet to be released, we can expect to see them as of July 21st.

MOoT is a Greek-inspired campaign sourcebook that takes place in Theros, a land fraught with magical dangers and heavy-handed gods. Whilst previously a Magic: The Gathering setting only, MTG and D&D have collaborated to bring tabletop gamers a glimpse of this fantastic setting.

MOoT brings a slew of new and exciting features, such as new classes and races. However, it also brings a new mechanic called Supernatural Gifts.

Supernatural Gifts are boons or blessings granted to players through a variety of different means, such as divine intervention or supernatural events.

Whilst some of these have been covered in previous articles, Oracle specifically will be covered below.

Not all Supernatural Gifts are created equal, and Oracle demonstrates just that. Oracles possess a power coveted by mortals and gods alike–the ability to communicate clearly with the divine realm. While Oracles use this power to see glimpses of the future, gods seek Oracles to become their agents and champions. As an Oracle, you gain the following traits:

Ears of the Oracle – You can speak, read, and write Celestial. In addition, if a god must speak through you, you can choose whether it’s in your voice or theirs, translated into any language you speak.
Oracle’s Insight – Once per long rest, when you make an ability check, you may choose to roll a d10 and add it to the check. You can decide whether to add it before or after the roll, but must decide before the DM says whether the roll succeeds or fails.

Along with the Oracle Supernatural Gift comes an Oracle Flaw. These are sights or visions that only you experience that add a sense of macabre to your roleplaying.

More Mythic Odysseys of Theros content will be covered in future articles.

Supernatural Gifts: Gifts From The Gods To Help You Accomplish Your Goals And Fulfill Your Destiny In Mythic Odysseys Of Theros (Part 2)

Jun 16, 2021 Harry Alston 12700
Wildermyth is out of early access and receives a final splash of polish. The game crisscrosses genres, fusing Xcom-like tactical gameplay with...

Dec 27, 2020 Seb Bates 17130
Tasha's Cauldron of Everything is well into its global release, and DnD adventures across the world have been dying to take a peek at the contents....