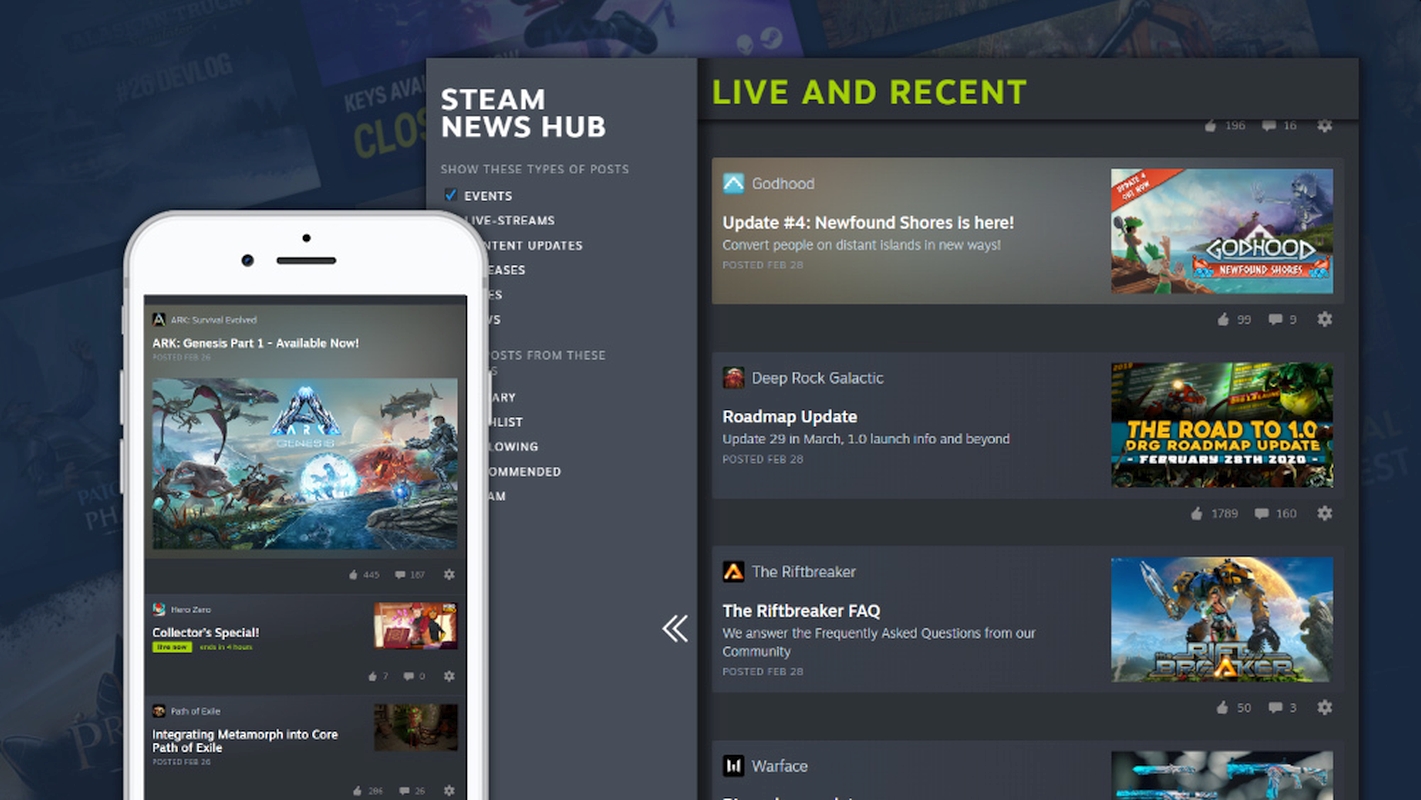 Steam Lab has recently released its newest experimental feature. Those who use Steam to play games can now stay tuned to their favorite developers and publishers through the News Hub.

Gamers can easily access news from their favorite developers and publishers. The hub also has additional features so that players can customize the content they see.

Discover all of the cool events, news, and activities happening in your games with a personalized hub that makes it easy to find the updates you're interested in!https://t.co/SO1Qk73qLj

The Steam News Hub helps gamers find all of the events, news, and other activities happening in games within their library. The news is accessible through desktop browsers, the Steam Launcher, or the Steam mobile app. If players are unable to play their favorite games, they can stay tuned to any recent news.

The official news post on Steam went into detail with some of the features on the News Hub.

One of the most notable features for gamers is life events. Players can watch developer livestreams, see important events happening now like bonus XP weekends, or special sales with a set time limit.

Further down the page are recent events related to games within players’ libraries, like new updates or recently added DLC. This list also includes any recent patches made to games that downloaded automatically without players noticing.

On the News Hub, content can be filtered according to what a player wants to see. Those that don’t want to see livestreams can deselect it while choosing to see posts from games that are recommended by Steam.

Before accessing the News Hub, games must log in with Steam. If players don’t have a Steam account, it is free to create.

All players can access Steam’s News Hub now, but this isn’t the experiment’s final form. Steam is listening to user feedback before officially rolling out the feature, or deciding to stop development on the new project.

Steam Labs are various experimental features that the company makes available for players can test, share, or try to break. Gamers can share their feedback with the developers to help build a better product that can be enjoyed by all Steam users.

Dogurai Is The Samurai Dog Game You Didn't Know You Wanted, Another Indie Game Makes Its Way To PlayStation 4 And Nintendo Switch

Jul 4, 2022 Tom Lee 780
Fntastic and MYTONA in May postponed the premiere of the MMO survival shooter The Day Before but decided to transfer it to the Unreal Engine 5...

Jul 4, 2022 Tom Lee 260
It including Splinter Cell: Blacklist and several installments of the Assassin's Creed franchise. Be sunset in September. Most of these games will...