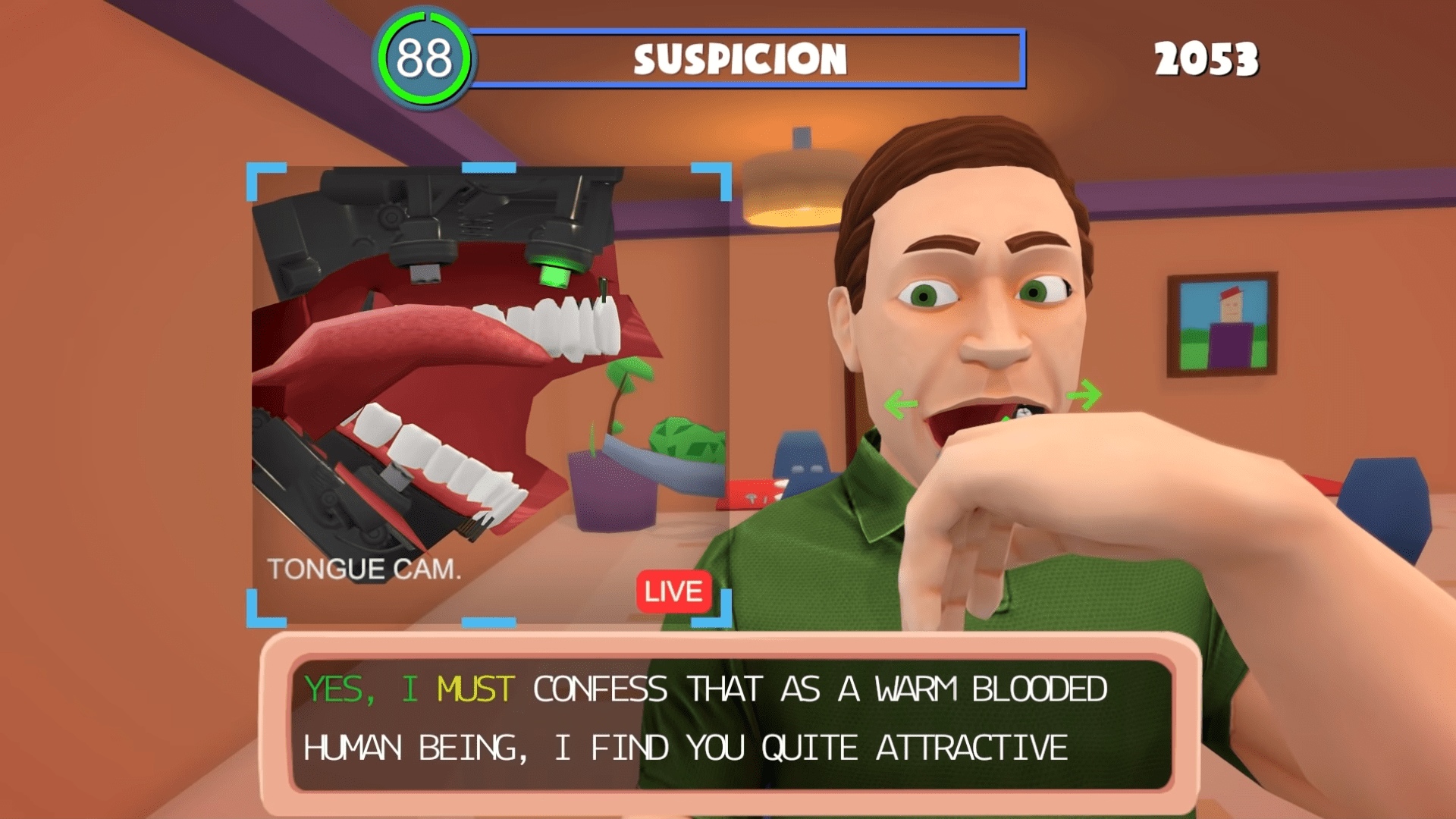 Speech is a relatively simple concept to explain; it allows humans to communicate verbally with each other, conveying brilliant ideas and stupid jokes alike.  Yet when you look a bit closer, it becomes difficult to adequately explain precisely how our tongues, lips, jaws, and throats operate in an efficient symphony that culminates in yet another stupid knock-knock joke.  PC Developer Affable Games is willing to take on this difficult deciphering, in their first game title of Speaking Simulator.

The plot is that you’re a robot, and must blend into the complex world of humanity by the confusing art of speech.  You must control the lips, jaw, and tongue, as your robot protagonist finds himself on dates, leading boring meetings, and even addressing the world in a hilarious take on something that most of us take for granted.

ANY OTHER ORGANIC BEINGS ANTICIPATING THEIR SELF EXPRESSION TIME THIS WEEKEND? pic.twitter.com/eIHgRjBpUl

Failure to properly pronounce words via tongue gymnastics results in your eyes popping out, steam venting from your ears, and everyone pretending that they don’t notice.

The game style very much falls in line with past gems such as the infamous QWOP, where players took part in a runner that couldn’t run very well, and more recently Octodad, where players attempt to be human-enough as a giant octopus dressed as a man.  With children and a wife, which was confusing for everyone.

The now-classic shtick of failing miserably while the game world seemingly doesn’t notice may have worn out it’s welcome at this point.  The intentionally poor control schemes necessary to stymie even jaded veteran gamers into flopping about moronically was amusing enough for the first few iterations, yet Speaking Simulator may have its work cut out for them if they wish to join the ranks of goofy PC gems.

It simply isn’t enough to have a goofy premise with serviceable graphics and poor controls.  Those wear-through their welcome quickly enough, and developers have a difficult task of offering the player actual progression to maintain their player base long enough to continue to sell the product and be profitable.  Additionally, the game doesn’t look entirely too friendly to modding, which is known for extending the life of games well past their prime.

Speaking Simulator will soon enough answer all questions that consumers may have as it gets closer to the end of 2019, their planned release date.  It remains to be seen the cost of the game, and how it holds up to the stars of the frustrating-controls genre of games. 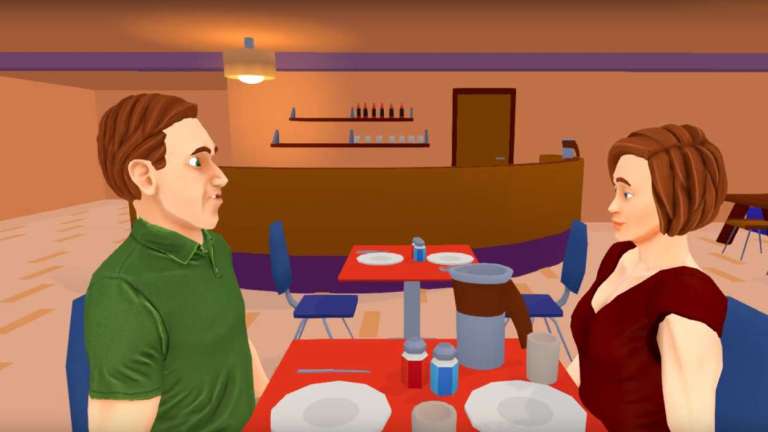 Nov 18, 2020 Jeremy Green 3540
If you haven't heard of Speaking Simulator, you're really missing out. It has an interesting take on the simulation genre. Normally with these... 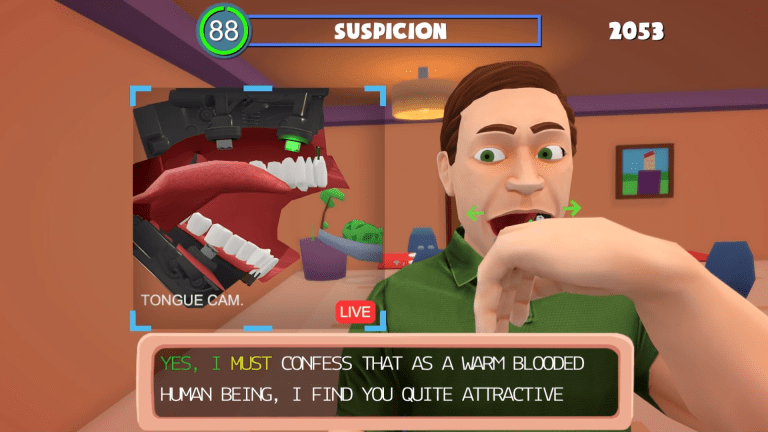 Nov 3, 2019 Chris Miller 4880
Speech is a relatively simple concept to explain; it allows humans to communicate verbally with each other, conveying brilliant ideas and stupid...