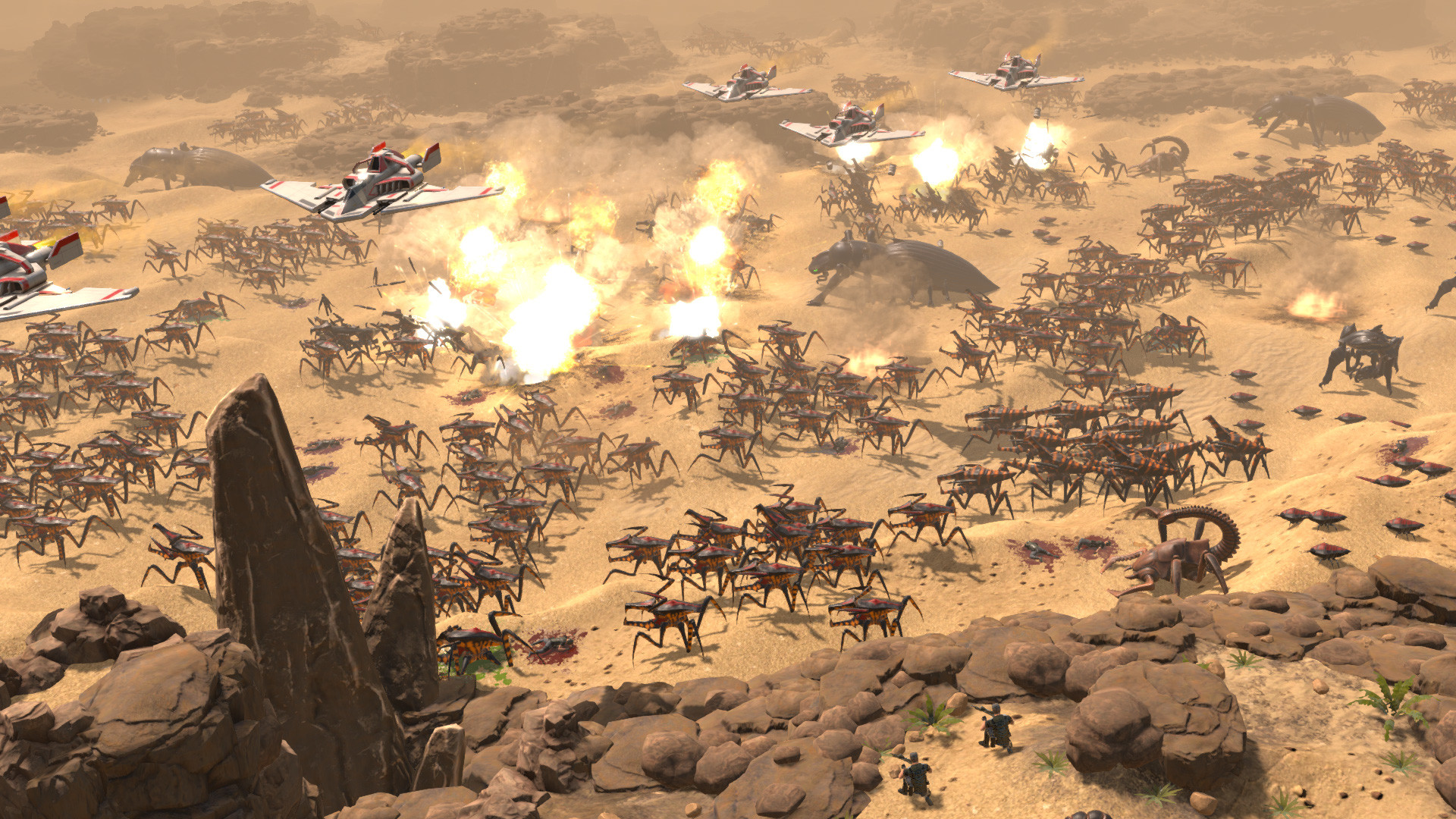 With as action-heavy as it is, it’s a wonder that Starship Troopers hasn’t become a bigger video game property. Gamers love space, marines, guns, and aliens, and there really isn’t much more to it than that. The franchise has seen a handful of game adaptations, but none of them found significant success. Maybe that’s about to change.

Starship Troopers: Terran Command is an upcoming real-time strategy game from The Aristocrats, the developers behind another RTS, the Order of Battle. We don’t have a solid release date outside of some time in 2020, but the game’s Steam page gives us a handful of details to tide us over.

In Terran Command, you’ll fight the bugs over control of an entire planet. As the leader of the mobile command, you’ll actually have some say over how strictly you follow the orders of your superiors. What orders you choose to carry out or rebel against will determine what sort of units and abilities you can unlock.

The game features what they’re calling “True Line of Sight” and “True Line of Fire,” meaning that if your units on the ground can’t see it, you can’t see it. This means that bugs could be lying in wait around every corner. Generally, in RTS games, once the fog of war has been cleared, it stays clear. This certainly adds an element of suspense that could be unique to Terran Command.

It also demands a certain strategy. If your units can’t see a target, they certainly can’t shoot the target, so this requires you to take the high ground whenever possible to maximize visibility. Taking a position at choke points and waiting for the enemy to come to you could also prove to be an effective strategy.

Another feature that could have potential are dynamically generated campaigns. It sounds as if the story might remain the same for multiple playthroughs (with the exception of the choices the player makes), but the actual layout of the missions might be procedurally generated. It’s a clever idea that adds extra reasons to replay missions.

Robert A. Heinlein’s original story was first published in two parts in The Magazine of Fantasy & Science Fiction as Starship Soldier, before being published in book form as Starship Troopers in 1959. An anime was released in 1988, but it was 1997’s film adaptation that really kickstarted the franchise, which brings us to where we are now. Here’s to hoping Terran Command finds an audience in the Earth Defense Force/Starcraft crowd.

YouTube Is Once Again Creating Buzz For All The Wrong Reasons, Stock Suffers