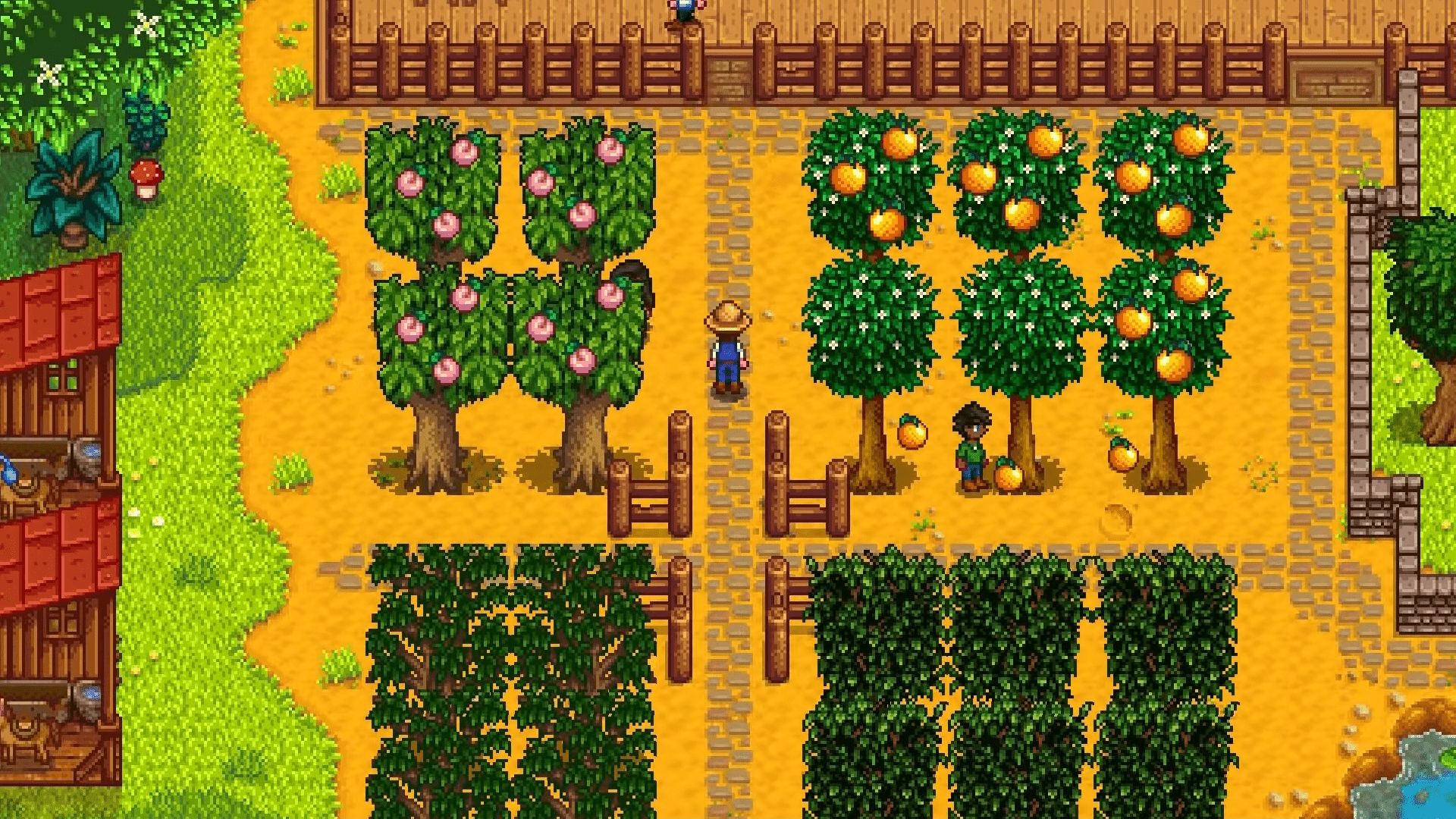 Stardew Valley‘s gameplay falls into a unique genre, a relaxing journey through a land where time seems to resonate differently than it does for us.  Whether you find yourself taking care of your crops, exploring the various labyrinths of caves, or caring for your adorable livestock, Stardew Valley brings players an odd sense of being home while playing, and that’s a rare feat.  Singularly developed by one man working under the name ‘ConcernedApe’, Stardew Valley has been welcomed by gamers all over the world for its fresh take on farming life.

It was originally published by ChuckleFish, until that fell through for various reasons, and is now published via ConcernedApe as well.  The issues with ChuckleFish may be the only mark on the game that otherwise sits atop lofty reviews on all platforms that is has released on, from the Nintendo Switch to mobile devices, and gamers simply can’t get enough to the homey world.

To That end, ChuckleFish continues to push content to satisfy his fans, and in the past, that’s even included a multiplayer mode update that came to owners of the game for free; despite launching in 2016, there is no DLC to be found.  All content updates have come in the form of patches, with community announcements being the only medium of hype.  Fans have taken the reins in that, however, and Stardew Valley content can be monitored on any of the numerous forums that Stardew Valley-ites happil reside in.

All spouses now have a 14-heart event, where the previous was 12 which would result in marriage options.  The idea between the 14 heart event is that players can now continue to develop their relationship with their spouse even after marriage; you can continue to see the personality of your spouse, and what they’re getting up to while your sowing your 300th melon seed.

There is a brand new ‘end-game mystery’ that involves some sort of building.

Fish ponds for the farm have been introduced, allowing you to generate fish roe for canning/preserving.  You can also fish from the fishing ponds that you stock and raise, which may like a bizarre solution to your fishing needs, but it’s technically your property, so go nuts.  Err, fish.

A new farm map has been included called ‘Four Corners’ that was made with multiplayer in mind; the farmland is broken into four separate areas for four different players to each hold responsibility for their own corner.  The map is divided by cliffs that separate the corners, which does encroach on the farmable land slightly, although it works well in practice.

Over 250 new items have been added, from hats, shirts, pants, tools, furniture, and boots.  You’ll be hard-pressed to find every new item that has been added on top of everything that was already there.

We’re trying to keep this intentionally vague so you can explore and be pleasantly surprised yourself; be assured that there’s more content included in this update than we’ve seen before, at least if recent memory.  If you’ve been neglecting the opportunity to explore the wondrous world that is Stardew Valley, now is an ideal time to grab it and boot it up!

Dec 24, 2020 Seb Bates 8710
Fans of the farming simulator game Stardew Valley have been looking forward to game update 1.5 for quite a while. The game’s creator ConcernedApe...

Dec 21, 2020 Harry Alston 9850
The 1.5 update for Stardew Valley might be just around the corner and ConcernedApe, the developer of the game, has shared some interesting new...

Dec 18, 2020 Chris Miller 7870
If you haven't stepped into the idyllic world of Stardew Valley with amusing corporate overtones threatening the destruction of the classic life of...