Space Channel 5 is a music video game developed by United Game Artists and published by Sega. The series initially launched in December 1999. While the series didn’t become as popular as other music-based games, it had a loyal fanbase.

The first game was released on Dreamcast, PlayStation 2, and then the Game Boy Advance. A sequel, Space Channel 5: Part 2, wasn’t released until years later.

Almost two decades later, Ulala is dancing back into gamers’ lives with a new VR game. Ulala, the protagonist of the series, has made cameos in other titles, but a new Space Channel 5 game was not released.

A new title in the series was delayed because problems were getting the game greenlit. When a new Space Channel 5 game was pitched, it was often rejected. With the rise of VR games, Space Channel 5 could have unique gameplay the series has yet to experience.

According to the official PlayStation game website: “Welcome to Space Channel 5 VR: Kinda Funky News Flash! A simple dance rhythm game for everyone! Follow the prompts on screen and strike a pose! You’ll soon be dancing and saving the Universe before you know it!”

Groundling Inc. is both developing and publishing the game.

Unfortunately, the official website released an announcement that the game would be postponed until next year: “Thank you for your support for “Space Channel 5”. We regret to announce the Space Channel 5 VR Kinda Funky News Flash! will be delayed. Originally scheduled to be released end of 2019, it has since been pushed back to Spring 2020. The new release date will be announced as soon as possible. Thank you again for your support to our game and apologize for the delay.”

The English news post did not mention the same information that was in the Japanese post. The Japanese post announced the delay, but that the delay was due to “improving quality.”

The new release date for Space Channel 5 VR: Kinda Funky News Flash is sometime in Spring 2020. The developers promised to update the website as soon as the official date is known. 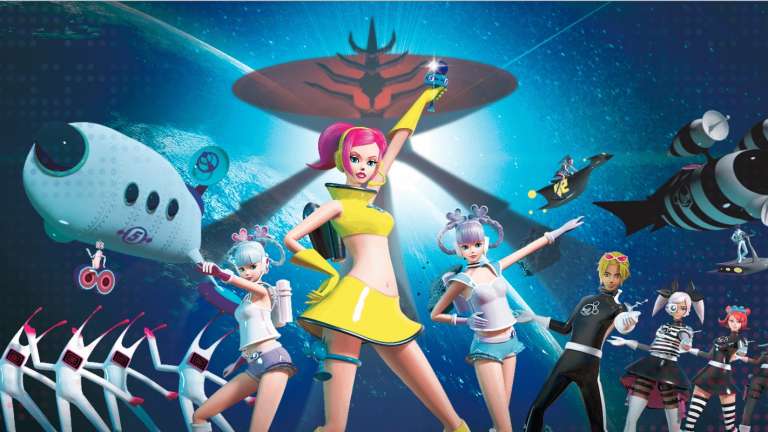 Dec 4, 2019 Lisa Nguyen 5790
Space Channel 5 is a music video game developed by United Game Artists and published by Sega. The series initially launched in December 1999. While...