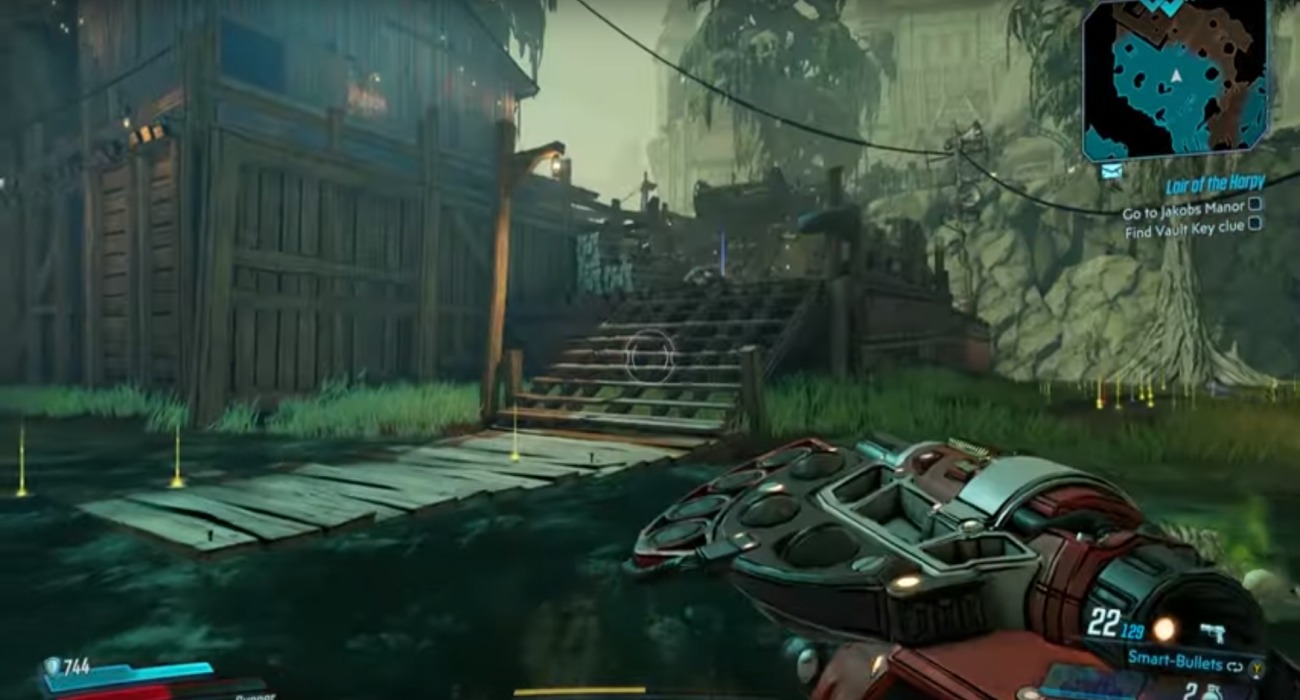 This year’s E3 event has been absolutely insane. There have been many world premiers and exciting developments on the future of gaming. One of the more popular games that received a lot of cheers this year was Borderlands 3.

This third entry — developed by Gearbox Software — is poised to be the best in the series yet. We’ve seen trailers showcasing the various worlds and characters, but at E3, we got to see 10 minutes of actual gameplay footage. On display was the vault hunter referred to as Moze. She looks like a ruthless warrior. She even has her own mech suit named Iron Bear. It’s a pretty fitting name given how ruthless it can be when defending Moze against looming threats.

The trailer starts out with Moze exploring the swamps of Eden-6. The environment surrounding her seems dark and mysterious. Good thing she’s got a bevy of weapons to vaporize anything that comes her way. The gun she starts out with has a gorgeous-looking scope at the top, which enables her to zoom in and fire a couple of accurate shots from a distance.

It appears Moze is well-suited for the various threats this wasteland has in store for her. We also see her use a shotgun for close-range attacks and a sword, which looks pretty effective as a melee weapon. It’s important to note that the sounds and visuals of these guns seem way more realistic than what has been showcased in previous Borderlands games.

It appears the developers wanted to give fans an even better combat experience, which makes sense given that shooting and looting are what you’ll be doing a majority of the time.  What really stole the show during this trailer was Moze’s mech suit. It looks to be heavily armored and super powerful. Bullets fly out of its machine guns at lightening speeds, helping Moze gain a superior advantage over her opponents.

The mech is certainly an advantageous resource you’ll want to use when taking down the various bosses in this game. It’s a character design that should make Moze one of the most used vault hunters out of the gate. It begs the question: What skills and abilities will the other vault hunters possess in Borderlands 3?

Fortunately, we don’t have to wait long for that answer. This third installment has an official release date of September 13, 2019. That’s just a couple of months away, really. We should be in store for some awesome looting-and-shooting action.

The Witcher 3: Wild Hunt -- The Complete Edition Is Coming To The Nintendo Switch