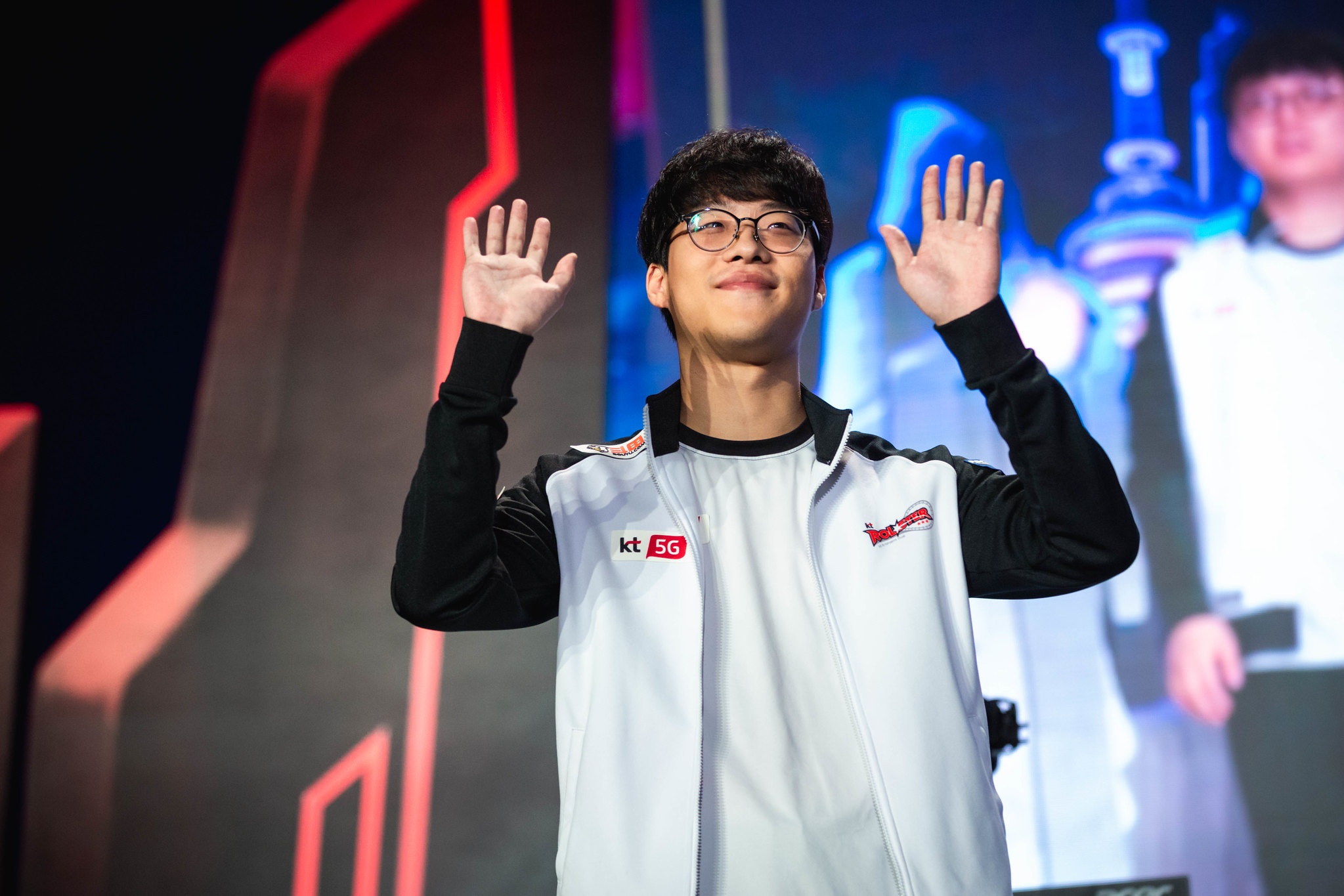 Smeb has made his grand return to competitive League of Legends.

Smeb was once considered one of the best top laners in the world, winning back-to-back MVP titles in Korea’s LCK.

In 2016, he won the LCK Summer Split in dramatic fashion before facing rivals SKT at Worlds in an unforgettable five-game semifinal. A year later, he saw continued success, and in 2018, he won his domestic league again. In 2019, though, Smeb slumped and fell to the bottom of the tables, placing ninth in the spring and eighth in the summer.

He then took a break from competing and went teamless for the duration of the 2020 Spring Split. Rumors suggested he would retire or join a team in China’s LPL, but that’s no longer the case.

With the recent news that KT top laner Jeon “Ray” Ji-won will be riding the bench for the foreseeable future, Smeb has taken the reins.

Smeb, largely considered the best top laner in the world, has spent the majority of his career playing for the Tigers. While there, Smeb grew from a lackluster performer, to the best in the world. In 2016, the ROX Tigers won the summer season of the LCK, and were favored to win the World Championship.

However, the team fell short in the semifinals and lost 3-2 to SK Telecom T1. The Tigers’s roster has since completely split, and the all-stars are going their separate ways. Kyung-ho ‘Smeb’ Song came to the Tigers fresh from two unremarkable years at Incredible Miracle, only to defy expectations and reach new heights as one of the best players in the world. His development as a player with the ROX Tigers is inspiring, and he fully earned this year’s back-to-back season MVPs.  Smeb was one of the original members of the Tigers and has been integral to the team’s success over the past two years. His brilliant and flashy play is trademark Tigers style.

KT had a promising performance in the 2020 LCK Spring Split, placing fourth in the regular season. The team went on an eight-game win streak, making a complete turnaround.

The addition of Smeb and former Griffin mid laner Ucal, who signed with KT on May 27, could be exactly what the team needs to qualify for Worlds.

The LCK Summer Split begins on June 17 with teams looking for fresh blood and new championships.

Fell Seal: Arbiter's Mark Is Getting Its Missions And Monsters DLC On June 23