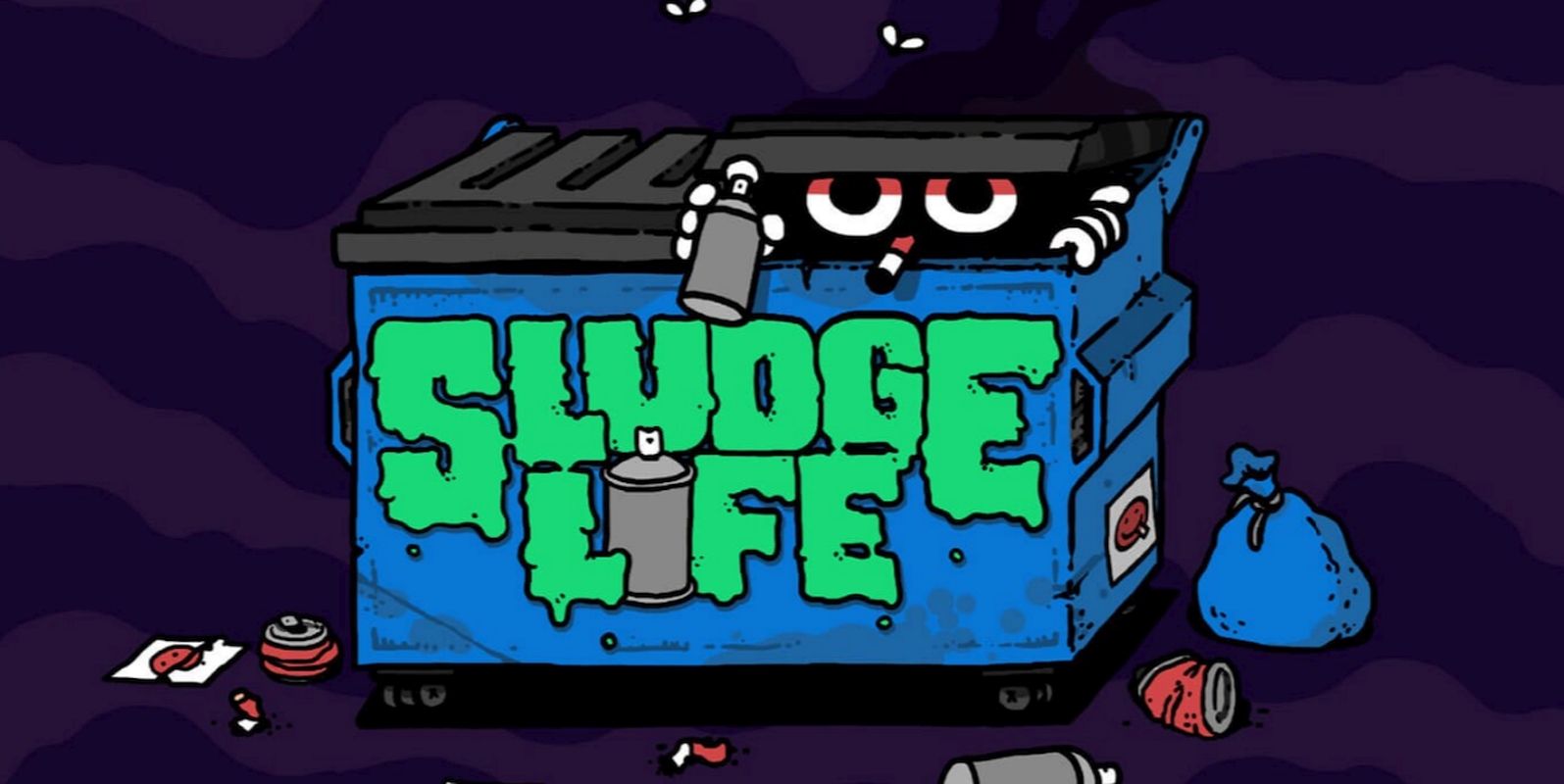 A new trailer also follows the official game announcement. The official store pages for the game are now available on Epic Games Store.

“Sludge Life is a first-person open world vandalism-centric stroll through a polluted island full of cranky idiots and a vibe so thick you can taste it.” states the official YouTube trailer description, “Roam a tiny island stuck on a sludge covered planet as upcoming tagger GHOST, a breezy bandit set on staking their claim amongst the graffiti elite. Traverse the corporately branded landscape, link up with other taggers, and steal junk and hearts along the way. Will you become the king of the island and tag every open inch, infiltrate sludge-pumping corporation GLUG, or just take it all down in flames with you?”

Sludge Life allows players to “experience the thrills of vandalism.” There’s plenty of environments to explore, as curiosity is encouraged. To fully experience a sloth-like lifestyle, players can search and download apps to play on the in-game laptop. Players can play games within a game.

While the game has free will for gamers to play however they’d like, there is a plot. Players will earn one of three unique endings before the “robust credits” begin to roll.

The game contains unique graphics that look similar to a VHS tape. The graphics may first seem like there may be a quality issue, this is the look and style of the game. The development team has previously used bright and unique artwork to tell their stories.

At launch, the game will support multiple languages. Only English audio is included, but all audio will have subtitles.

Players may recognize the development team, Terri Vellmann and Doseone, who also created the “neon-soaked, arcade-action” FPS High Hell. The game was also published by Devolver Digital in October 2017. The game has very positive reviews on Steam, so fans of the development team are likely looking forward to Sludge Life.

Sludge Life will only be available on PC as an exclusive title through the Epic Games Store upon release. The game will also be released on the Nintendo Switch through the eShop.

A New Witcher Game Could Be In The Works; Will Receive More Support After The Release Of Cyberpunk 2077

Jul 3, 2021 Harry Alston 10890
The recent demo of Sable got me thinking about game soundtracks again. There's no denying that the music of Sable is incredibly powerful. Set to the...

Mar 5, 2021 Harry Alston 5530
Loop Hero is Devolver Digital's latest indie offering, and it jumped to the top of the Steam best seller's list on its release day. Developed by...