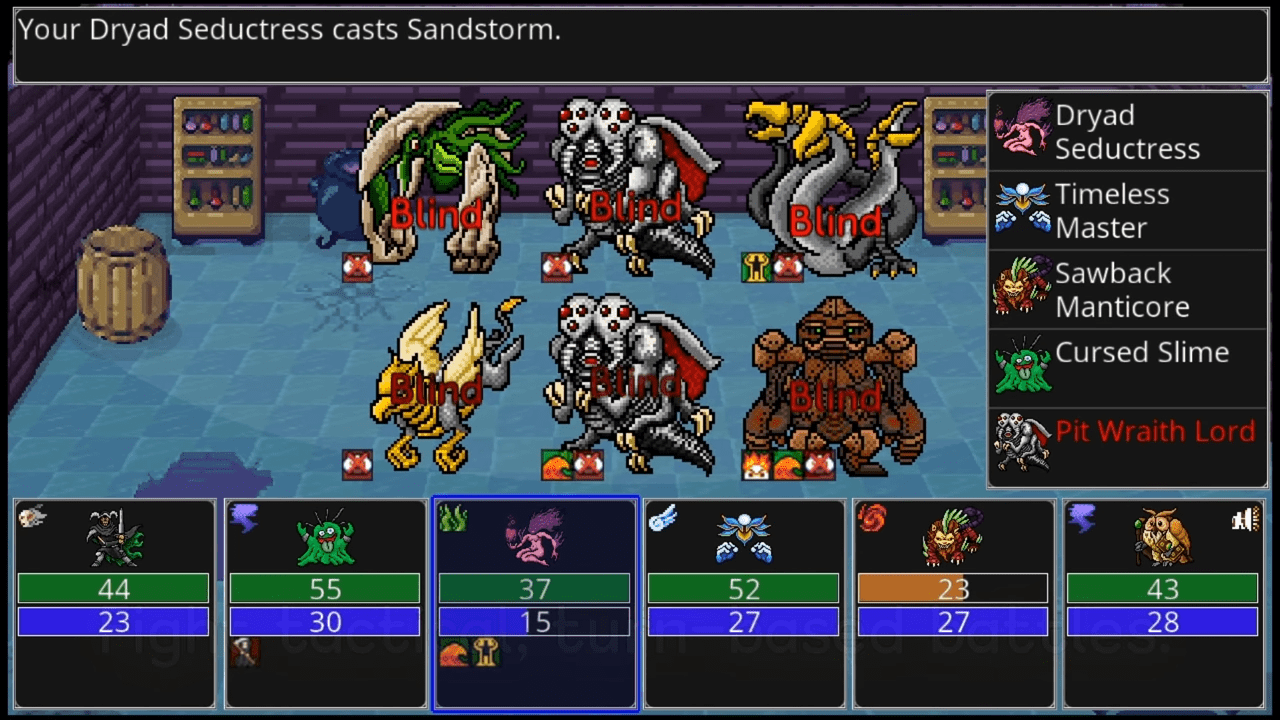 If you’ve never heard of the title of Siralim, you aren’t alone; it’s absolutely a cult-classic dungeon crawler, sharing similar space with Tales of Maj’Eyal as an underappreciated masterpiece in its own right. Yet while TOME focuses on dungeon crawling as a singular figure with a wealth of abilities and mechanics in a loosely-spun saga, Siralim brings monster-training and battling to the next level in a way that fans of the Pokemon franchise could only dream of.

With endless replayability, an astonishing array of monsters that can all synergize differently, and more content than you can ever hope to discover, the Siralim series is precisely what the doctor ordered, if they ordered everyone in the world to stay inside for the foreseeable future. With three iterations under the belt, including the ability to cross-play from Steam to your mobile phone, the franchise is already wildly successful and much beloved in its own right.

There’s apparently more on the horizon, however: Siralim Ultimate has begun its Kickstarter journey, and has already easily surpassed the meager goal of $10,000 within days; the title currently sits at over $50,000 pledged, with multiple stretch goals already met, and even more being added in the remaining 24 days of crowdfunding.

The Kickstarter for Siralim Ultimate is now live! Spread the word, and let's create an awesome game together!

Siralim Ultimate is a monster-catching, dungeon-crawling RPG with a ridiculous amount of depth.https://t.co/eKrO8fgSgM pic.twitter.com/acg2PScnWz

If you’ve experienced Siralim in any of the iterations, you likely already know what we’re looking at for the next iterations. Over 1,000 monsters to catch and force to do you bidding across 21 tilesets and endless dungeons.

All monsters have unique appearances and abilities, and you can get them to mate with other species for a bizarre new monster with even more abilities. You’ll take these monsters into intense 6v6 battles against roaming foes where strategy and planning reign supreme.

You can customize and accessorize your monsters with unique weapons, armors, and baubles that can alter how they act during combat, ranging from increasing critical hits to dodging, and almost everything in between. Crafting the accessories for your monsters, and pairing them intelligently, is a clear path to success throughout the astonishing amount of time that you’ll spend exploring.

For long-term fans of the series, it’s looking like Siralim Ultimate will be much more of the same content that we’ve enjoyed in the past, although that isn’t necessarily a bad thing. With stretch goals that seem to be ready to bring a bit more meat to this upcoming iteration, from new specializations to creature cosmetics, to a feature called Realmshaping that allows users to upgrade realms that you traipsing through however errantly, it seems like we should all get ready to spend a lot more time in the world of Nex and Siralim.