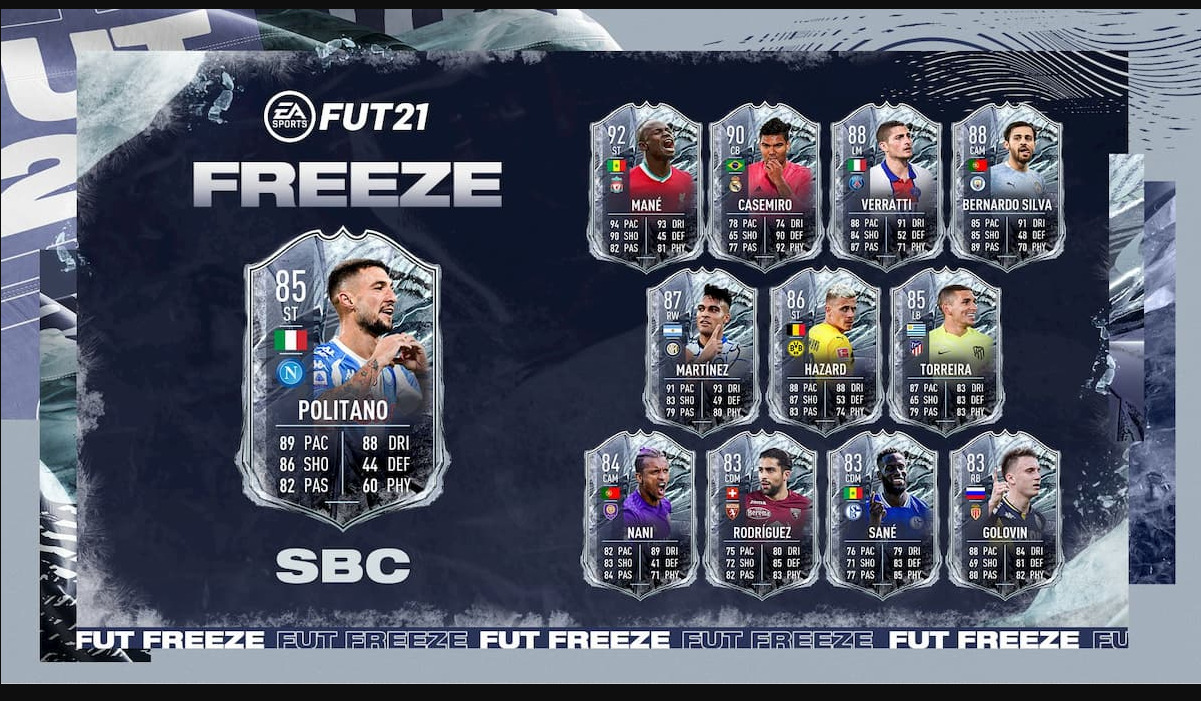 Matteo Politano is the next player to receive a Freeze SBC. It’s an 85-rated striker card coming in at around 150k, requiring an 83-rated with an inform and an 85-rated squad.

For those who played last year, Milestone Politano was one of the best objective cards of the year, finding his way into people’s teams well into the TOTY promo.

Up top spearheading the attack for a change.

Although Politano received a special card last year, this SBC is actually…pretty good. If the card’s performance last year was anything to go by, this card might well be a great SBC to pick up for a first-owner Serie A/Italian team.

Yes, 150k is a little on the expensive side, but his card is very well-balanced and has the potential to perform very well in this year’s pace/dribbling meta.

Here’s a closer look at the card’s stats thanks to FUTBIN: 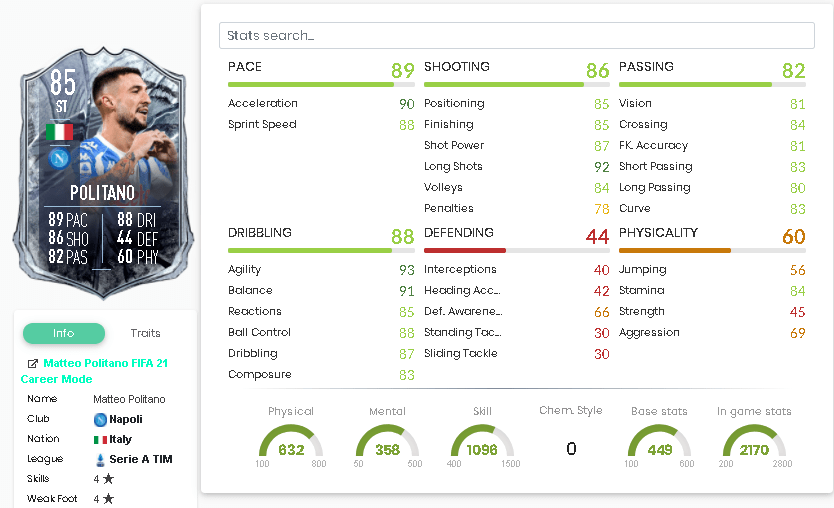 Politano is well-known for his 4-star weak foot and 4-star skills, making him an agile striker or in his usual position, out on the wing. In terms of specific stats, Politano has excellent pace, dribbling, and shooting.

His passing stats are also brilliant for a striker, with his short passing perfect if you like to play fast-paced football up top.

The highlights are obviously that 93 Agility and 91 Balance, and 92 long shots. With a Hunter chemistry style, this card has some strong stats across the board.

There are a few cards you can compare this Politano to, including the recent Freeze SBC for Gaya. Although Gaya has some favorable stats and is almost half the price, it’s the key meta stats that set Politano apart.

It’s always been the way with meta players – EA knows their worth and prices them accordingly. Politano has great dribbling stats, that’s all you need to know about this card.

Is Politano worth 150k? That’s the big question. When you compare this Freeze SBC to something like Jesus or Mertens there is a huge price disparity. You could even pick up a tradeable Dybala for 40k.

RELATED: The Quickest Way To Get To A StrongHold And The End Dimension To Face The Dragon In Minecraft

Overall, the price is probably too much for Politano. Sinking your cards into one untradeable card is never really recommended, even if you think like I do, that Politano will probably be pretty good in-game.

Best keep your club and coins safe for a better-value SBC…it’ll happen at some point…probably.