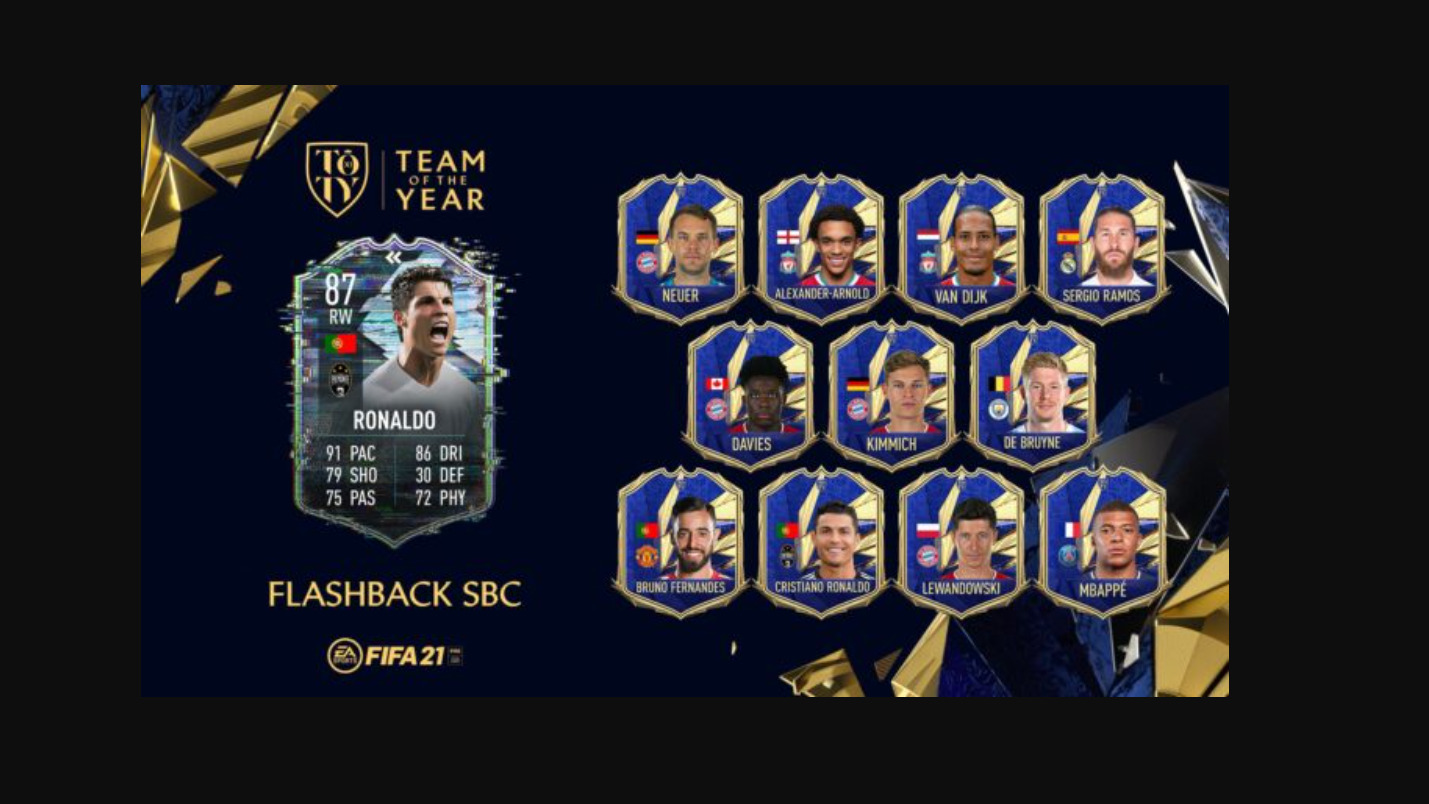 Cristiano Ronaldo received a flashback SBC today in FIFA 21. It’s actually a rating downgrade to an 87 and goes back to his early days at Manchester United. However, this card is still at Juventus, and in the Serie A.

Although the card is rating downgrade, this is still Ronaldo. He keeps his iconic in-game body shape and the 5-star skill moves, along with fantastic pace. For around 200k-300k, at this stage in the game pretty much anyone can get their hands on Ronaldo, which is pretty great.

The card arrived alongside a selection of “honorable mention” TOTY players today.

A head-turning run of form.

A #TOTY Honourable Mentions player is now unlockable through Objectives in #FUT.#FIFA21pic.twitter.com/1ZRp5VKk9m

RELATED: Human Fall Flat Brings Back Its Christmas Lobby For The Holidays, With Some New Toys

However, many people don’t have a million coins to spend on a single player. This card is designed for the casual player, a novelty card, that allows players who aren’t constantly grinding or spending money to play with Ronaldo.

Here’s a look at the stats thanks to FUTBIN. 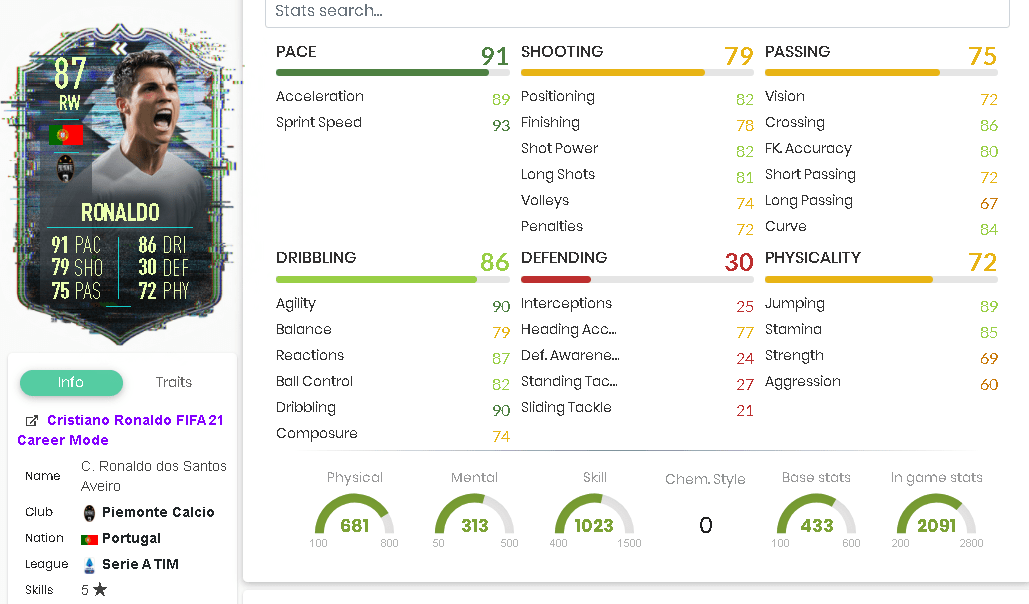 Obviously, this card is a big downgrade on the other version of Ronaldo, and at this stage of the game, the card is probably already behind the power curve for hardcore FIFA players or spenders. Ronaldo only has 79 shooting and pretty terrible balance, at 79 as well. The card also only has 3-star skill moves.

In terms of positives, those pace stats are still strong, and his dribbling is good. It’d probably be a fun card to use in the Premier League, but as I mentioned, he’s still at “Piemonte Calcio.” We’re also at a stage in FIFA 21 when it’s simple to craft and build towards high rated cards, meaning you can probably cut the cost of this SBC by a big margin.

For 200-300k you can definitely also get your hands on different and better-suited cards for the meta at this stage of the game. However, those cards aren’t Ronaldo. This is a pretty cool concept for an SBC. Could EA have done it a little better? Yes, probably. But the concept is cool.

RELATED: They Are Billions Is Now Available On Xbox One; Coming To PlayStation 4 Later This Month

This is a novelty card. A pretty fun idea for an SBC from EA and something that you probably shouldn’t take too seriously. It gives casual players an opportunity to play with one of the most iconic players in modern football, and that’s a good idea from EA.