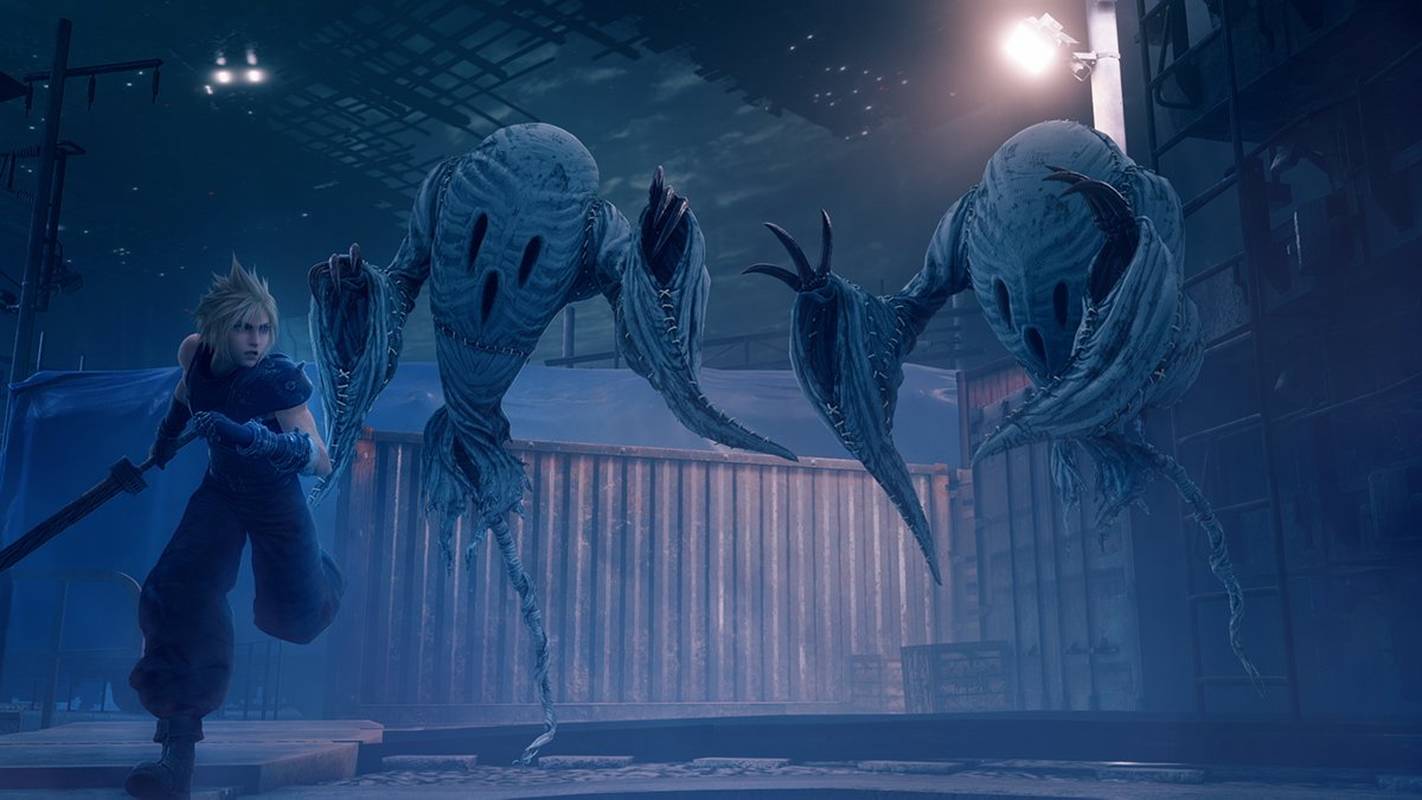 One clip, in particular, shows off mini-games at the gym, such as Tifa’s pull-up bar challenge and Cloud’s competitive squatting.

Other images include high-resolution screenshots featuring the cast of the game.

Voice actor Matthew Mercer shared a pumpkin carving of Red XIII, which immediately began fan speculation he would be voicing the character. He has not shared any other information since sharing the image yesterday but fans are anxious to learn more.

Players in Japan will get a first look into the impact Final Fantasy VII has had for gamers and the people around them an upcoming commercial in Japan.

Square Enix has announced they are airing a seven-minute-long commercial during the Fuji TV FNS 27 Hours TV! show. The show lasts from November 2 at 6:30 JST until November 3 at 21:54 JST.

The commercial will air in-between on November 3 at midnight JST. Instead of only highlighting the game itself, Square Enix is using the commercial to tell a short story.

Actor Masataka Kubota, who has starred in a variety of dramas, including starring as Kaneki in the live-action adaptation of Tokyo Ghoul, will star in the commercial.

Kubota portrays an office worker in a business where the Final Fantasy VII Remake is all the rage. Kubota has never played the game, while many others in his life have. Both his boss and later his girlfriend asks him about his opinions on the game. Kubota has to keep playing off the questions because he doesn’t want to seem out of the loop.

Learning how Final Fantasy VII made an impact for so many people around him piques his interest in the game.

While Final Fantasy VII has many sentimental memories for many gamers, Square Enix doesn’t want new players to the title to feel left out. The commercial is their attempt to inform viewers about the history of the title. It is also the perfect opportunity to showcase the remake’s new features for those who had previously played the game when it originally launched on the first PlayStation.

Final Fantasy VII Remake is scheduled for release on March 3, 2020, on PlayStation 4.