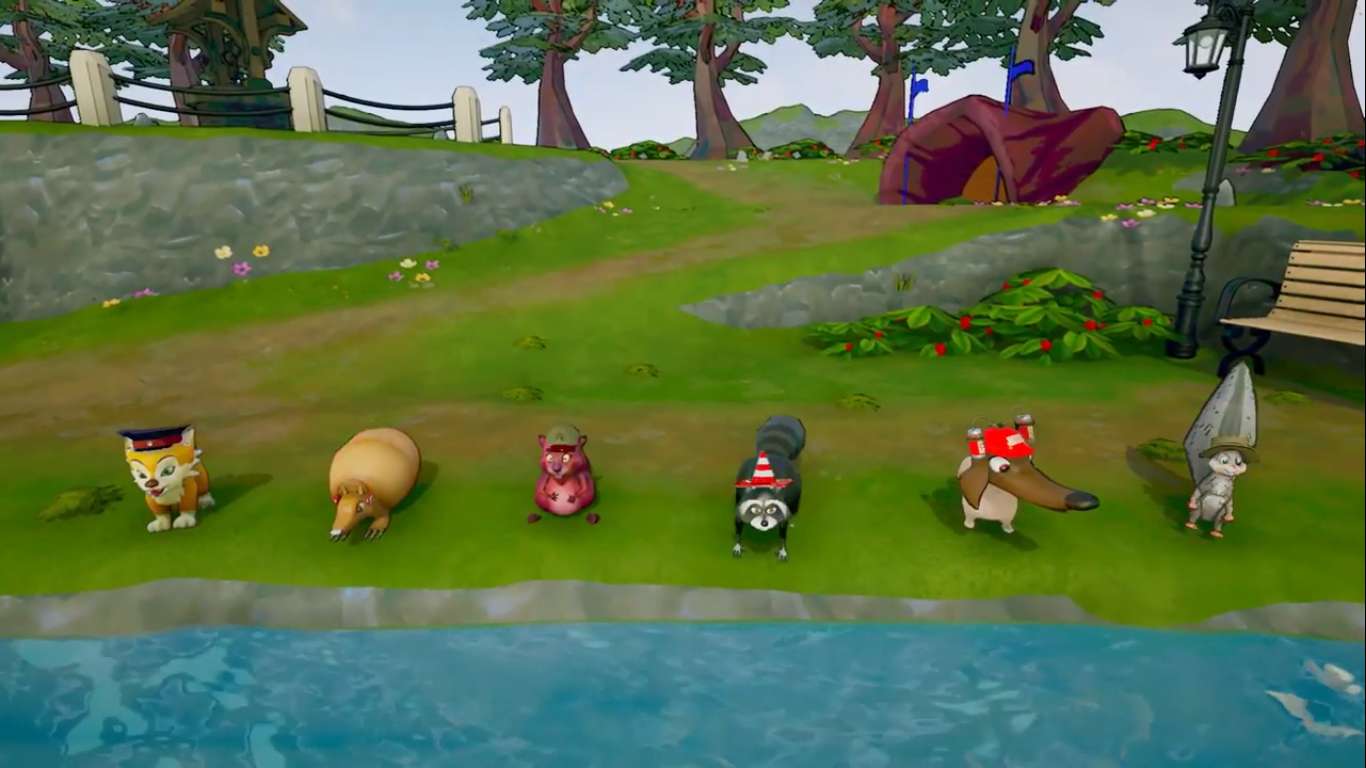 Save Your Nuts is a game from Triple Scale Games that has been on Steam Early Acces for nearly a year. Now the developers plan to fully release their title on Steam, Xbox One, and Nintendo Switch. After a year of positive reviews, the title appears to be ready for a wider market of competitive arena action in this unique party game.

Enjoy a new party game revolving around dogs, squirrels, and nuts. Save Your Nuts is a chaotic party game for up to eight players. Cooperate in intense physics-based battles as you grab food and tackle enemies to steal and collect nuts.

The game is based on the work of some crafty squirrels who have organized a tournament to challenge other animals in a physics-based competition. The game is simple to learn but takes a while to master. Intuitive controls make it accessible to every kind of player, but the team play environment requires cooperation.

The game supports a couch part mode, which can house up to eight players and challenging AI opponents. It is up to you and your friends to invent new strategies and craft creative combos on how best to steal the opponent’s nuts.

Players can also host a game online and invite their friends to an epic squirrel based experience. With customizable squirrels, dogs, and other animals, each character can have its own gameplay specialty along with fun cosmetics. Customize your competitor and show off your style and skill to the competition.

Save Your Nuts comes with three game modes and ten different environments. Experience Battle, Capture the Nut, and Thieves mode as you fight for supremacy in this squirrely challenge. Each mode comes with its own set of wild power-ups, level hazards, and new characters and weapons designed to give you an edge over the competition. Play as squirrels, dogs, raccoons, beavers, and much more in this interesting tournament.

Play the game solo, with your friends, or however you want to experience it. This is a title meant for everyone to enjoy a laid back party game atmosphere. Enjoy a simultaneously fun and strategically challenging experience as you battle to capture the most nuts and win in animal supremacy.

Save Your Nuts will be available on April 16 for Xbox One, Nintendo Switch, and PC. Interested fans can find it for $14.99 on their preferred system. The developers have made pre-order available on each platform, and a free demo can be found as well.