Rumbling Games Studio has launched its first title, Knights of Light: The Prologue, on Steam Early Access. The developer and publisher felt ready for community feedback after working on the game for the past three years.

Along with the announcement was a special trailer announcing the Steam Early Access date.

“The story events covers the great historical battle of Al-Qadiseiya that occurred at Iraq in the 7th century.” states the official Steam store summary, “The battle had a decisive outcome that lead to the collapse of the Sassanian empire. It lasted for approximately a week but the current game content covers the events prior to the battle. You play as two elite soldiers who happen to be also brothers. The twist is the army commander got sick and delegated his command to his elite soldier to lead the army.”

The game is planned to be in Early Access for at least two years, followed by a beta release, and then the final release.

The Early Access edition will focus on polishing and adding depth to the battle events, including expanding fortifications and the resource system. After these features have been completed, the developer will add the remaining campaign missions, more cinematic cut-scenes, expand the size of battlefields with more weapons and abilities, plus a tribe and village system.

Rumbling Games Studio does not have an official Discord server. They plan to use the Steam discussion boards to receive and reply to feedback. Players can report any issues with the game directly on Steam, where they have purchased the game.

The developer has already replied to several criticisms for the game, including the time period it takes place in and any comparisons to other games. The studio is quick to respond to any feedback, be it positive or negative.

Rumbling Games Studio has stated that the game takes inspiration from The Witcher franchise. The developer hopes that the battle mode will keep players engaged longer. Some players in the Steam forums also noticed a similarity to Mount & Blade.

Rumbling Games Studio itself is based in Egypt and in the Middle East, which is why they decided to release the game on Early Access now to users worldwide.

KNIGHTS OF LIGHT: THE PROLOGUE 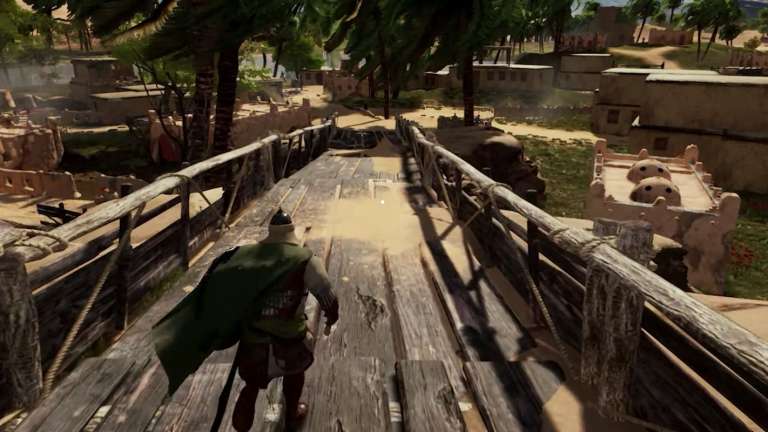