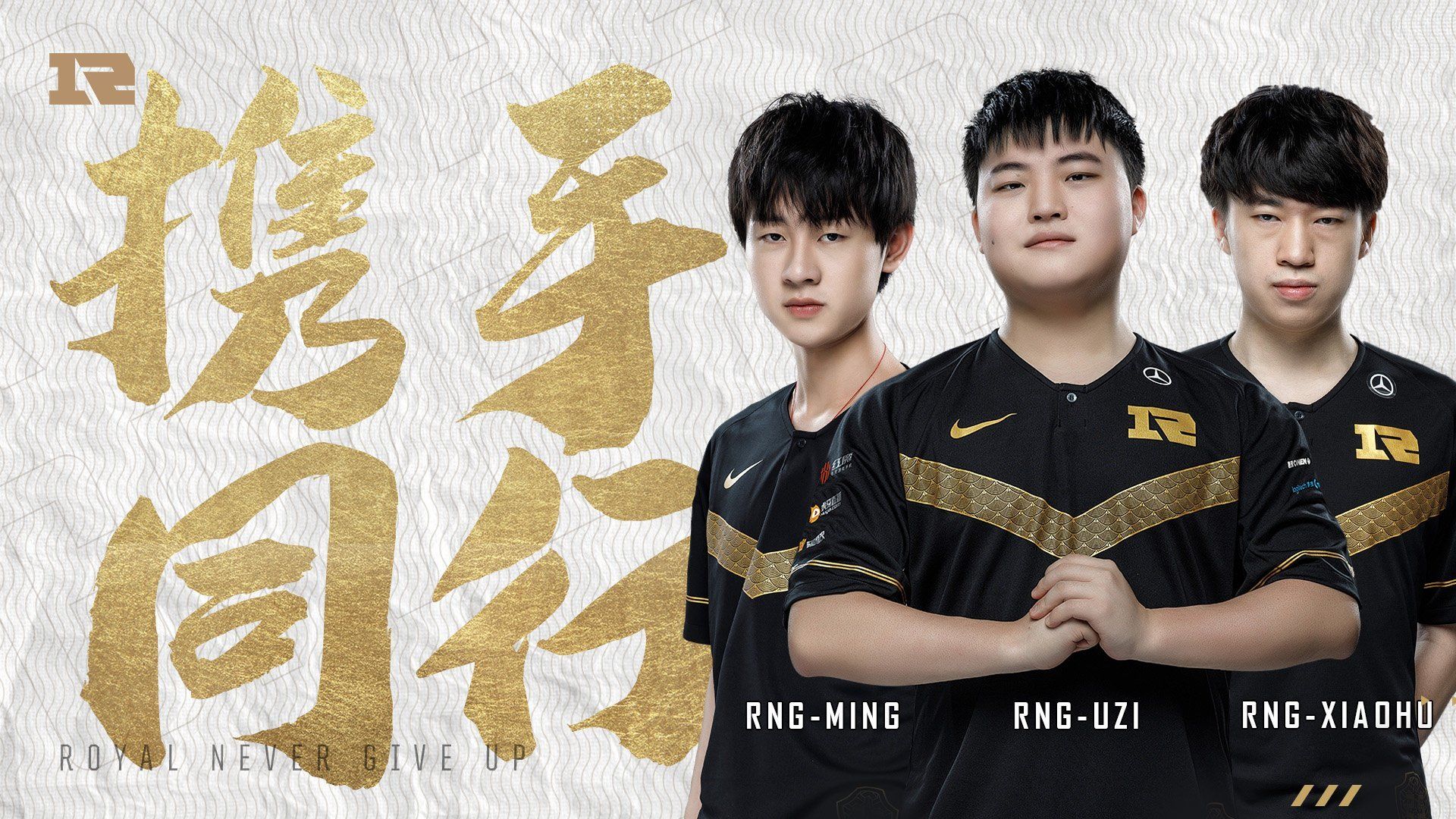 ‘After friendly communication and negotiation with players, we are pleased to announce that Uzi, Ming, Xiaohu have successfully continued with the RNG eSports club. We will continue to work together with the team,’ said an RNG spokesperson.

On top of that, the organization promoted XiaoLongBao after he dominated the LDL (LPL Academy League), and added Betty after Flash Wolves disbanded.

He will be our starting Jungler for the upcoming season and most recently won the 2019 LDL Spring Championship under the YM banner.

Wish him the best of luck and as always thank you to our fans for your love and support. pic.twitter.com/VKoooZpBvi

The current roster for the upcoming season is:

Royal Never Give up were a dominating force on the local LPL region for a couple of years and they’ve had multiple opportunities to win it all during the World Championship, but every time they flopped. This year was no exception; the team failed to get out of groups after being placed with SKT/FNC/CG. While the team started with the right foot and was set to finish 1st in groups, Fnatic had a miracle run during the second week of Worlds and managed to turn it around.

Uzi, the star player of the roster, mentioned multiple teams that he has only one goal, to win the World Championship and then he wants to retire in peace. Still, his goal was taken away by SKT multiple times during the past championships.

They were considered the favorites of the tournament last year as well, but G2 Esports pulled the biggest upset and managed to knock them out of the tournament in the Quarters. If they were not kicked, they might have won it all since the Invictus Gaming squad who won it all had abysmal results against Royal Never Give Up.

This year, they were considered to be one of the favorites again, but they were not able to deliver once again, having a worse result compared to the previous year. While the loss of Karsa, a formidable jungler who had great synergy with Xiaohu, will hurt the team, XiaoLongBao is the best replacements fans could ask.

XiaoLongBao comes from the Young Miracles LDL team (LPL’s Academy League), like most pro players who have been dominating the Chinese region for a couple of years. Ning, Tian, Knight, Ming, and Killua are just a few players who come from Young Miracles and who made a name for themselves on the world stage.

As for Betty, he will most likely fill in the ADC role while Uzi takes his usual Spring Break to be prepared for the Summer Split and World Championship. Uzi repeatedly mentioned that the game and profession are very taxing on his mental and physical health and he wants to retire sooner than later. Still, without a World Championship, he feels unfulfilled.

Will Royal Never Give Up live up to the hype and dethrone current World Champions in the next season and finally help Uzi achieve a World’s trophy or will they flop?