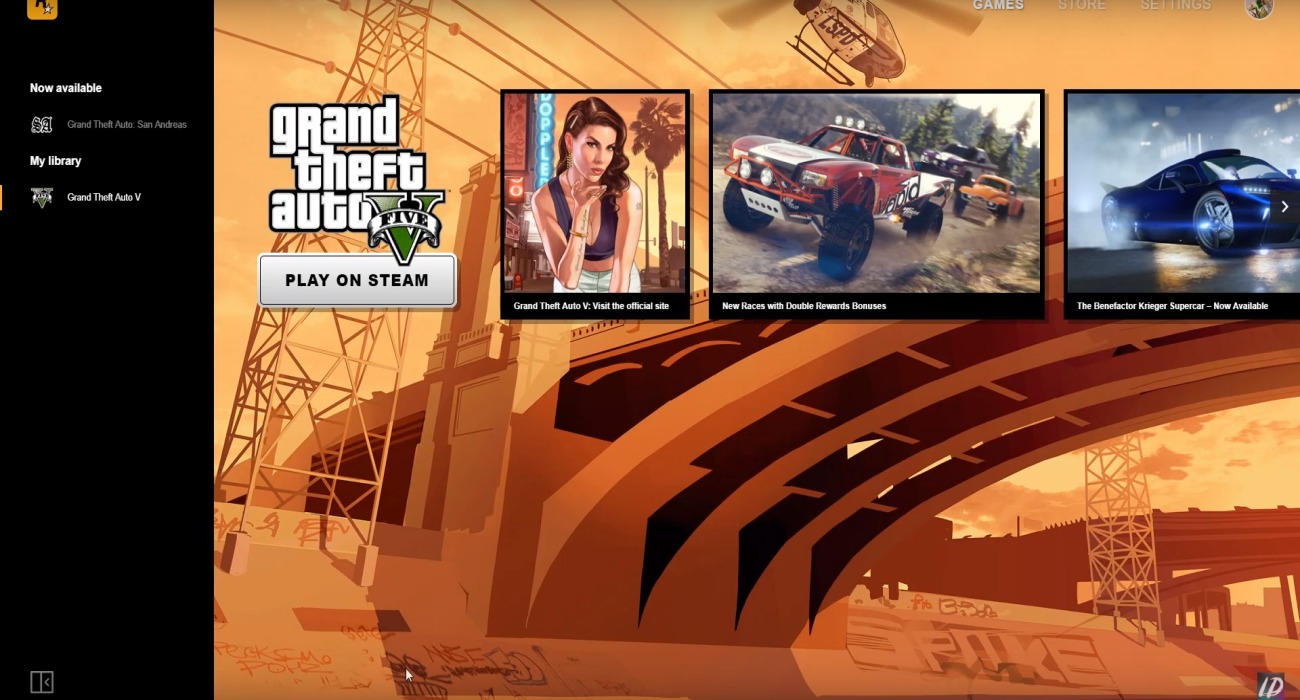 If you play games on PC, you’re accustomed to having game launchers on your desktop. It’s how you buy games and look for new content. Steam is one of the most popular launchers currently on the market, but there are a few other decent options as well. Rockstar is looking to get in on this action with their very own games launcher.

Rockstar Games Launcher is officially available to download for PC users. If you choose to do so, you can get Grand Theft Auto: Sand Andreas absolutely free. That’s a deal worth taking up, especially if you play GTA games a lot on the PC.

GTA: San Andreas is one of the most popular installments in this storied franchise. It originally released back in 2004 for the Xbox 360 and PlayStation 2. It has since gone on to achieve cult-like status and for good reason. It has one of the best stories in any GTA game. The main protagonist in this game is CJ, a young African-American gang member.

CJ has been away from home for a long time. He comes back after hearing about the passing of his mother, Beverly, caused by a drive-by shooting. He’s then intercepted by corrupt police, who make him work for them by threatening him with a murder frame. Throughout the game, CJ puts his community back together and regains turf from rival gangs. The cast of characters have never been better in a GTA game.

All of this incredible action can be yours just by getting the Rockstar Games Launcher today. It’s completely free and even comes with a bevvy of features. You can use the launcher to buy more games from Rockstar. It also seems like a great resource for social experiences.

For example, you can login with your Rockstar Social Club credentials and gain access to a community. It is here where you can post videos, pictures, and jobs. You’ll also be able to recruit new members to your club if you’re looking to expand.

It’s great to see Rockstar continuing to deliver user-friendly experiences for fans. Gamers can use this platform to connect in novel ways. This launcher could also signify Red Dead Redemption 2 heading to PC. The games launcher would be the perfect platform to support this reveal. Nothing official has been confirmed, but it’s certainly a possibility at this point. For now, though, you can add one of the best GTA games to your collection for free. Not too shabby.

Dec 9, 2020 Jeremy Green 6870
GTA Online has been huge for Rockstar and the gaming industry as a whole. It's pretty much an open sandbox full of limitless gaming experiences,...