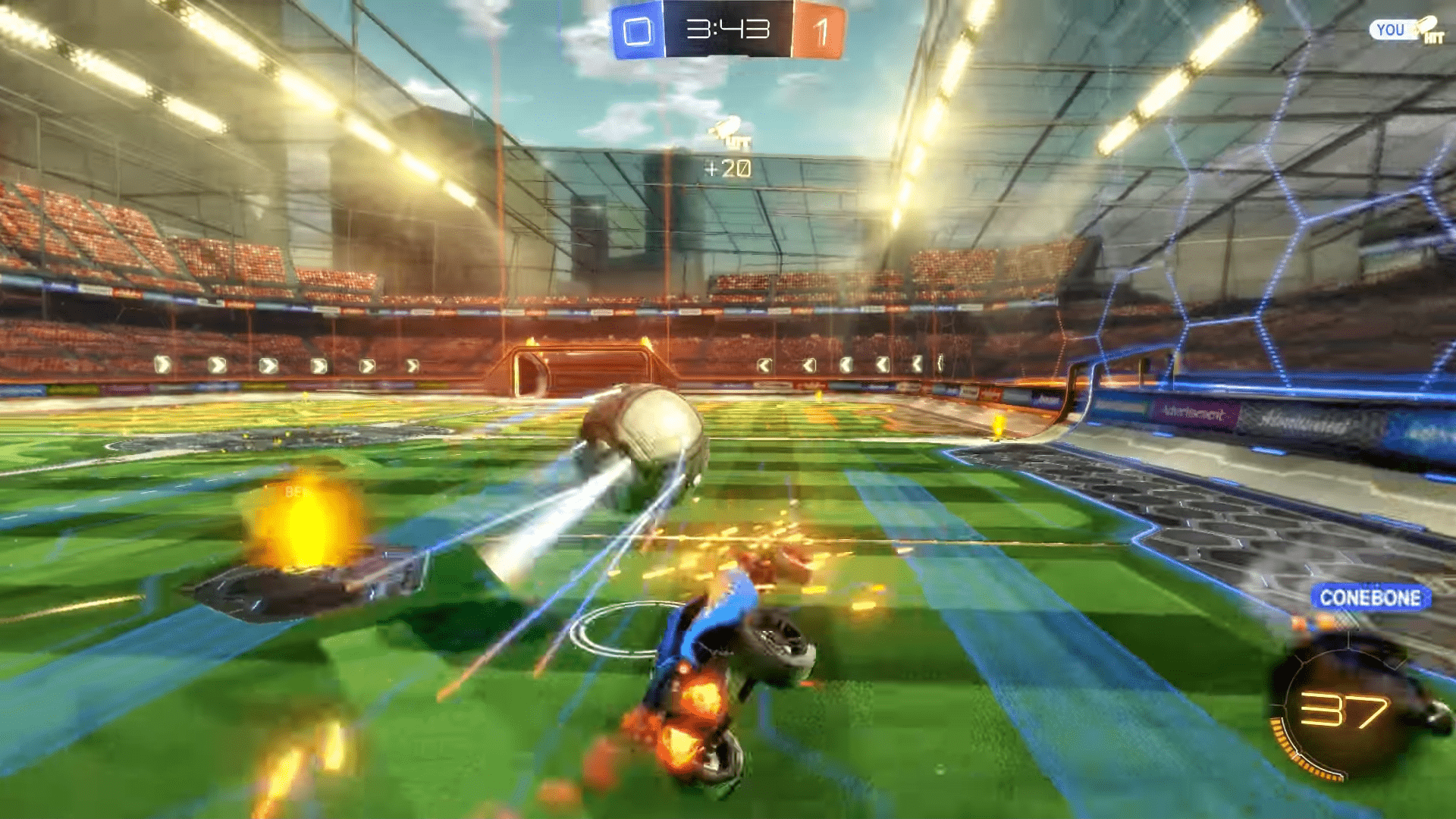 Rocket League announced a while ago that they were removing the crate system that is essentially loot boxes.  In lieu of, they were changing the store to an item shop, where players can purchase items directly to customize their preferred vehicle.

This is most likely due to European nations cracking down on the existence of loot boxes within games, calling them ‘lottery tickets’ and holding multiple developers to the fire of their practices.  Overwatch, Counter-Strike: Global Offensive, and Fifa 18 have all been previously named and shamed by Belgium, as the nation found them, to actively violate the nations gambling laws.

Rocket League is getting a brand new Item Shop in next month's update. Check out everything you need to know in our latest blog: https://t.co/03eOWOT4TJ pic.twitter.com/LW2RRmjL4Z

To be fair, it isn’t far from the mark.  Loot boxes can contain items that sell for thousands of real-world dollars, yet at an absurdly low chance for them to appear.  If they appeared more often, obviously it would drive the price down.  In Counter-Strike’s model, a key costs $2.50 USD to open a crate that has the chance to contain an item worth thousands of dollars.  So the terminology ‘lottery ticket’ isn’t too far of a stretch, considering that very few open loot boxes with the idea of getting yet another piece of proverbial trash.

It’s important to note that Psyonix has not come out directly and stated that these changes are in direct response to Europe’s view of loot boxes.

Recently, Psyonix has also announced that they’ve been purchased by Epic, and they’ll be transferring to the Epic Game Store.  It currently has not been specified if Rocket League will continue to be sold on the Steam platform, if it will only be available for future purchase on the Epic Game Store, or a mixture of both.  The primary comment that Psyonix has made thus far is that owners of Rocket League through Steam will continue to receive support.

Epic Game Store has caused a bit of outrage with them trying to purchase exclusive rights to every developer with a Twitter account, hoping that purchasing exclusivity with allow them to gain on Valve’s PC gaming platform, Steam.

With context finally aside, let’s talk about results; people are upset.  From Steam discussion comments, to Twitter, to reddit, there’s a healthy mix of Psyonix shoving it, Epic Game Store burning down, and Rocket League simply being overrated.  Some are blaming Epic for Rocket League being ruined, others are somehow claiming corporate greed.

There’s now an opportunity for people to purchase directly what they want to customize their vehicles with, and fans are generally upset that lottery tickets are no longer a thing in the title.  You can’t make this up.

In what Rocket League has unveiled today, it looks superb. We can readily see the idea of Psyonix that involves rotating stock for what players wish to use.  The shop will operate on two timers; a twenty-four hour times for the daily items, and a forty-eight-hour timer for featured items.  All keys currently in players inventory will automatically be exchanged for credits, which the shop will be using exclusively when the update launches.

1 key is equal to 100 credits, with $1 USD roughly equalling 100 credits, with a bonus granted for larger purchases.  Rocket Pass Premium will change to costing credits to purchase, with credits being unlockable as you climb through the tiers of the Rocket Pass, as was previously the norm.

Esports shop will be in its own store in-game, with Esports tokens being a separate feature.

The only entity really losing out on this update is Psyonix, frankly; loot boxes have proven themselves over and over to be a solid revenue stream for publishers.  This shop will allow players to select what they want to purchase, driving Psyonix to craft more unique and interesting decals, tires, and vehicles.