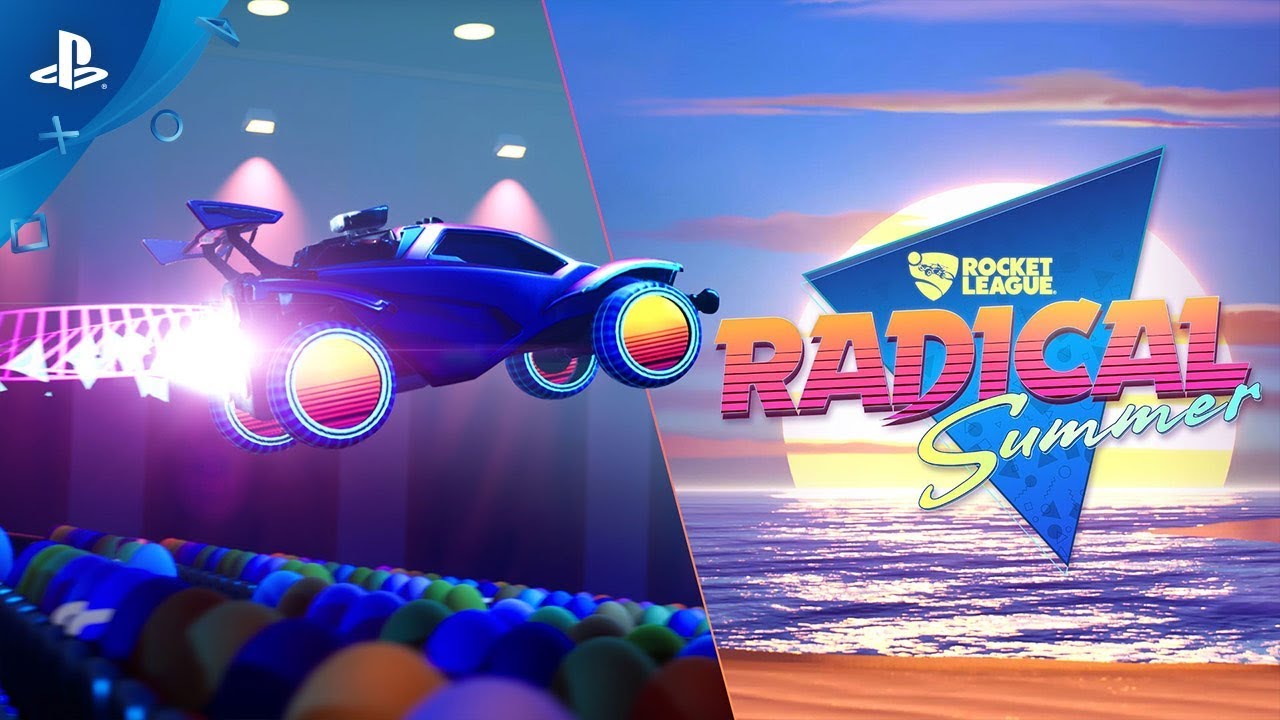 Summer events are launching across multiple games as we get deeper into the year. Rocket League is taking a unique twist as they start a new in-game event that they are calling “Radical Summer.” The event is going to begin on Jun 10th and will run for nine weeks as players get to experience the glory days of the 1980s.

There are three separate celebrations of iconic movies, television, and culture from the era with new items, time-limited game modes, and cars. This is a twist to what other games are doing, as they try to implement a summer of the future feel with new ideas Rocket League is going back in time very fast.

From June 10th to July 1rst the game is celebrating “80s Blockbusters” and will feature the Ghostbusters Ecto-1 Car Pack, with the Ect-1 Battle-Car, Ecto-1 Wheels, Proton Pack Boost, Slimer Topper, a Ghostbusters player banner and avatar, and the Stay Puft Goal Explosion. It is sure to bring the charm of the original movie into the fast-paced Rocket League atmosphere.

Keeping in spirit with the Ghostbuster movie the game is going to feature a new mode called Ghost Hunt. This mode is a 3v3 contest where the cars use proton streams to capture the ball and deposit it into the opposing team’s Containment Zone.

The Blockbuster time will also feature other famous flicks, including Back to the Future, ET, The Goonies, and Karate Kid.  Fans of the game are sure to be excited to see what pop culture themed skins they can acquire; players will be expecting a Delorean skin.

After films, the game is planning on moving on to 80s Culture, July 1rst-22nd, with a new Spike Rush mode that will grant all players the Spike power-up. There will, of course, be new items to highlight the iconic culture of the 80s available in the Rocket League store. There is not much detail as to what this means, but fans are sure to enjoy it either way.

From July 22nd to August 12th they will be celebrating ’80s Television and create a tribute to Knight Rider. Thereof course will be a Knight Rider car featuring KITT and other Knight Industries themed items. As for game modes, they are planning a 2v2 Beach Ball mode with a larger ball, lower gravity, and the Curveball mutator in play. The Rocket League team is also planning to feature an appearance by Dreamworks Voltron and content from WWE, but not much is known in detail as of yet.

This is by far one of the most exciting summer events that players see, but other companies are sure to up their game once they see the Rocket League’s roaring ’80s.