River City Girls’ Has Released A Spotlight Video On Their Second Playable Character, This Girl Kicks Hard And Takes Names In This Fighting Game 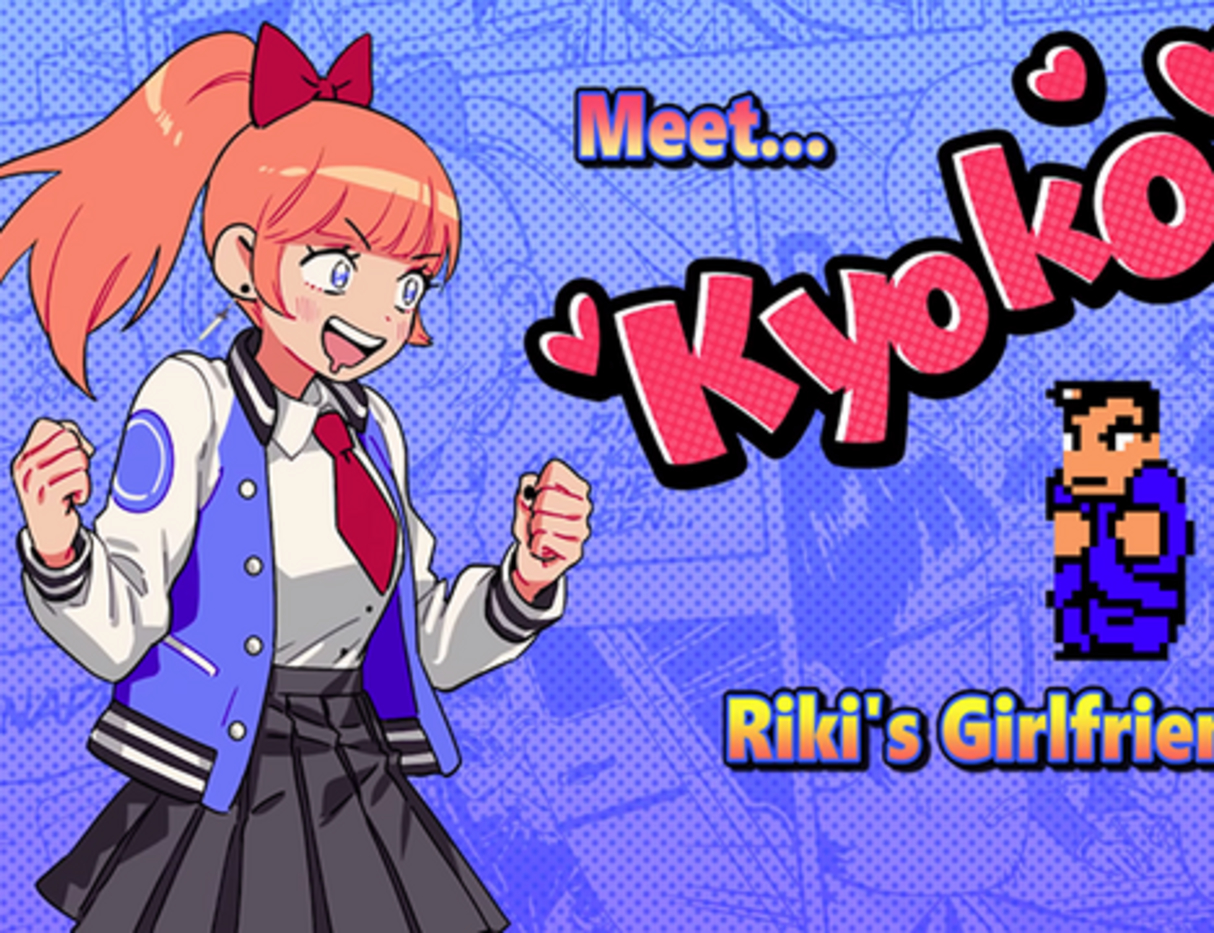 Kyoko is the most recent addition to the cast of River City Girls and serves as the second playable character that has been released. She is a cute and bubbly girl who will batter any boys or girls who touch her boyfriend, Riki. The spotlight shows her entire move set and a plethora of kicks that make her very reminiscent of Street Fighter’s Chun-Li.

Her entire move set is customizable with an assortment of move options including crescent moon kicks and back throws. The game does have some light RPG mechanics, and you can spend money you earn to upgrade your character.

The game was showcased at Anime Expo 2019. It is one of the better anime-like games that many fans are watching closely. Although it is a beat-em-up style game is also features some retro-inspired graphics that make fans remember the previous games in the series.

This game is a spin-off game from the Kunio-Kun series and is being developed by WayForward. The story follows the stars Kyoko and Misako who are two street-tough high-school girls that must fight their way through six regions of River City. The adventure is all in an effort to rescue their kidnapped boyfriends.

There are sidequests during the game and various shops that allow the purchasing of items, food, gear, and stats. There are a lot of mini-missions scattered around the world, giving it a much wider feeling than a simple fighting game. You even get to search for hidden Sabu statues which give a reward when all 25 are destroyed.

The game does provide a co-op feature for the core game. Similar to what happens when a character in Cuphead dies, the surviving player gets a chance to revive the other. Instead of simply jumping onto their spirit, you repeatedly kick the other player as fast as possible.

The game has several RPG mechanics including gear, abilities that are earned, and special powers scattered throughout the game. It is a good example of a fighting game with more to it then simply beating up the enemy. You must level, change, and evolve your main character into the perfect fighter for your unique style.

River City Girls is planned to launch on September 5 for Nintendo Switch, PC, PlayStation 4, and Xbox One. The game is a fighting game at its core but would be a great addition to any anime fan’s collection. Fans all over the country are excited to go on yet another quest in the famous River City.