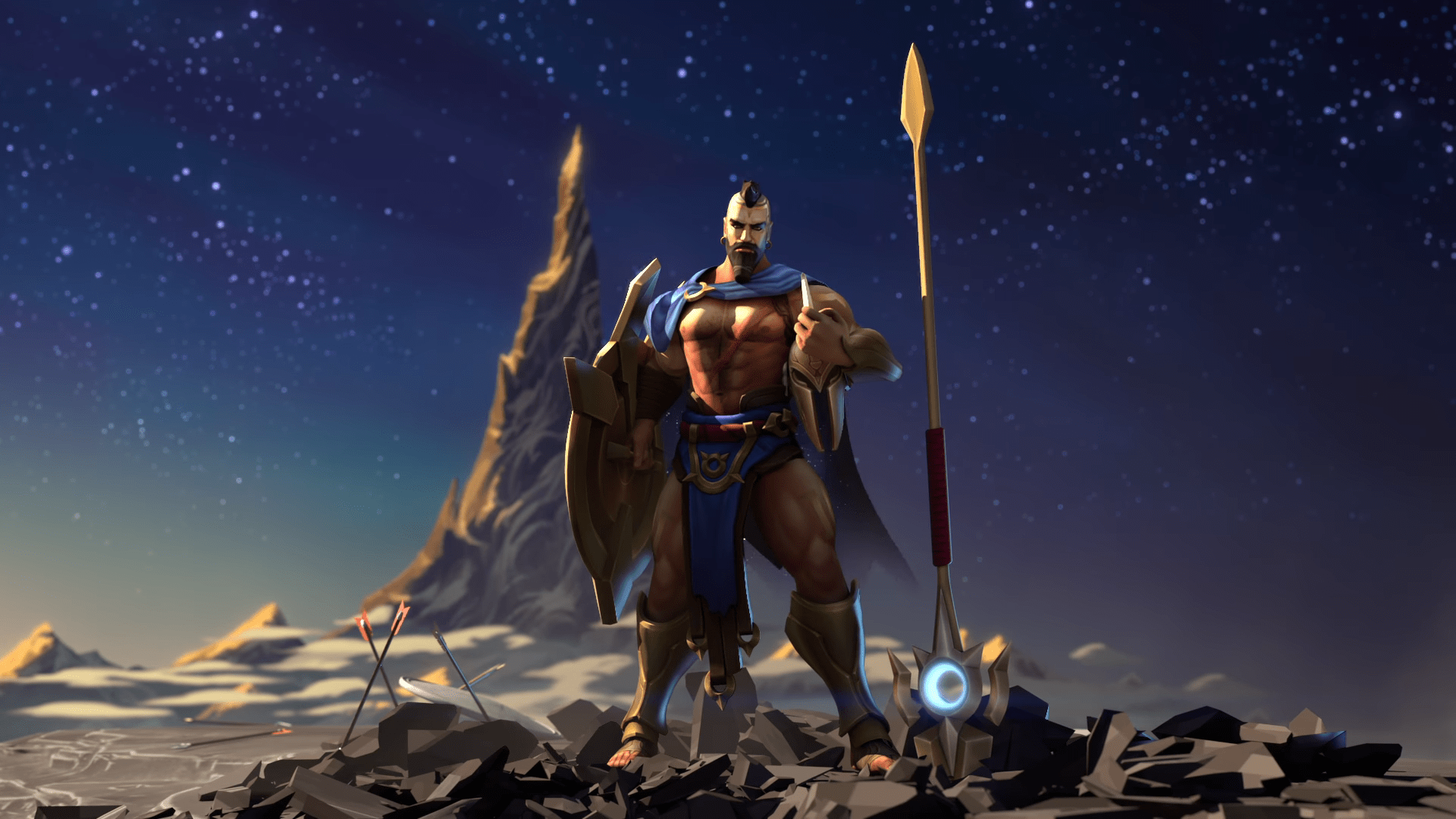 Riot Games recently released the first look at their latest League of Legends champion rework for Pantheon. After nine years, Riot felt that it was time to give the spear-throwing top laner a makeover, and that includes changing all of his abilities to make him a more viable character.

The video kicks off by showcasing Pantheon as he and his spear fall from the sky. This is followed by a slide that shows his new statistics, including mastery and item recommendations, champion type, and ability icons. According to the stats, his Passive, Q, and E abilities are all-new, while his W and R abilities are adjusted.

While the video doesn’t give specific details for each ability, it does show previews of how they’ll work, so here’s the rundown.

Pantheon’s current Passive is called Aegis Protection and can block an enemy basic attack or turret shot after Pantheon uses an ability or attacks four times. His new Passive is called Mortal Will, and based on the preview, it appears to be some type of auto-attack enhancer. While there aren’t many details to show how exactly it works, the preview highlights Pantheon chunking down an enemy Aatrox with several autos.

Pantheon’s current Q is Spear Shot, a physical damage point-and-click spear that Panth is known for using as an annoying, lane-bullying tool. Now called Comet Spear, Pantheon shoots a spear through enemy units, dealing damage in a line. It appears to do extra damage and slow when hitting a single target.

Pantheon’s current W is Aegis of Zeonia, a point-and-click leap-and-stun ability that also gives a refresh on his passive ability to block the next basic attack. Renamed Shield Vault, the updated version has a similar mechanic of jumping to a target, stunning them, and slashing out damage in the aftermath. With the change of his Passive ability, its safe to assume that the refresh has been removed and could potentially have been replaced with a different W passive instead.

Pantheon’s current E is Heartseeker Strike, which deals damage in front of him in multiple strikes and also guarantees critical strike damage to enemy units who have 15% HP or lower. Now known as Aegis Assault, Pantheon combines a heavy-duty shield with a similar AoE series of strikes in front of him, which appears to work differently based on if enemies are close enough to be hit or not.

Perhaps Pantheon’s most iconic ability is his ultimate, Grand Skyfall, which launches Pantheon to a targeted location where he deals damage and slows units after a brief channel. The adjusted version is called Grand Starfall, which sees Pantheon sweeping into battle in a similar fashion but at an angle that streaks through enemy units and deals damage on impact.

The current version of Pantheon has some appeal with his point-and-click spear-throwing abilities and annoyingly unavoidable damage, but his tendency to fall off late game and his lack of outplay potential fall flat.

Now, Pantheon appears to have a more versatile kit to aid him in continuing to be a frustrating opponent, but at a steadier rate that makes gameplay fun and skill-based for both sides of the fight.

Based on his high damage, crowd control, and defensive abilities, it will be interesting to see if the warrior finds his balance in the game or is forced to go back to the drawing board again.

Players will get to experience this firsthand when Pantheon, the Unbreakable Spear, joins live servers with the release of Patch 9.16 next month.