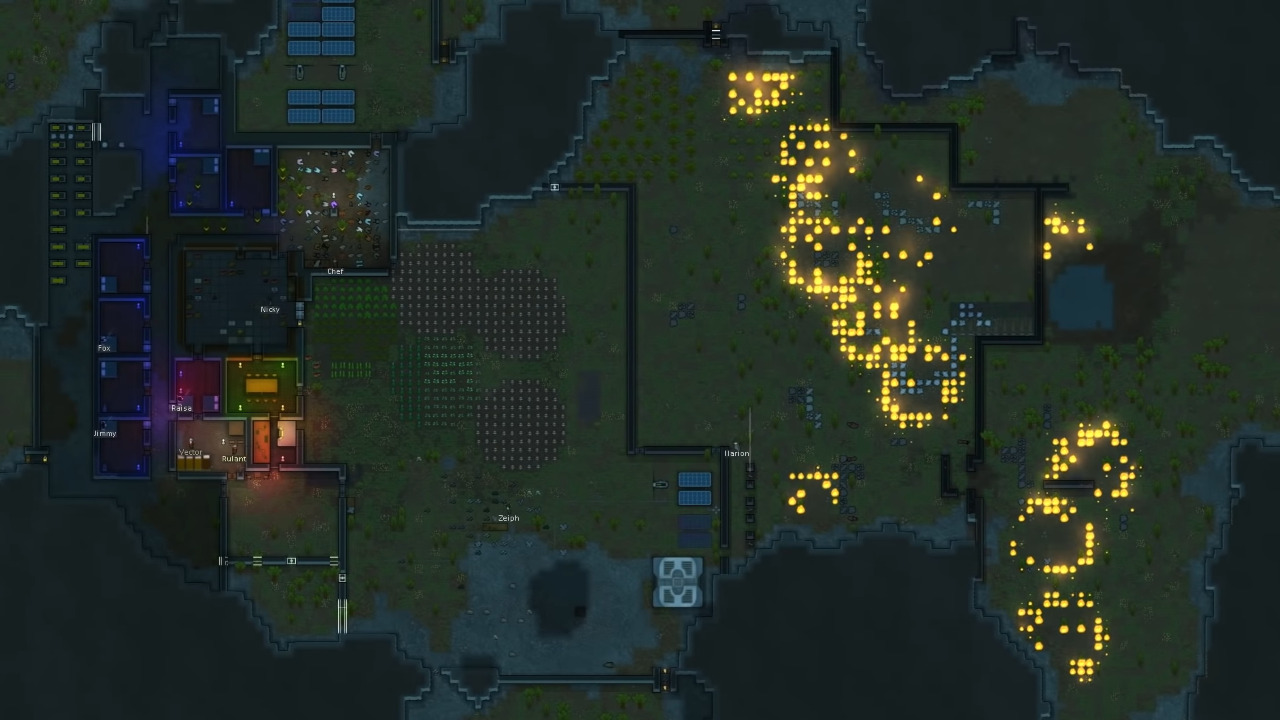 The colony-cum-misery simulator has enjoyed nothing less than fantastic review throughout its Early Access life, finally pushed to a final release on October 18 of 2018.  Since then, players around the world have been busy watching their favorite colonists get eaten alive by man-hunting rabbits, perishing in cave-ins, and the occasional event of being burned alive by an errant Molotov.  On the back of RimWorld’s recent surprise announcement of DLC called RimWorld Royalty that arrived at a $20 price point with the long-awaited 1.1 update, comes yet another announcement.

RimWorld is coming to GOG in a DRM-free version of the popular title on March 3rd.  Not that RimWorld had any specifically intrusive DRM packages that came along with the executable aside from Steam’s standard wrapper, but the inclusion on GOG does mean that there is a clean version of the game with no dependencies, for posterity.  Yet along with this announcement comes an issue that other developers have had to surmount.

RimWorld will be released on @GOGcom on Monday, March 3!

RimWorld uses the Steam Workshop to host an impressive litany of mods, roughly 13,000 total.  These mods can shake the game up drastically, adding new mechanics and UI, and keep the content in RimWorld fresh well beyond what the base game offers (which is quite a lot, to be fair).  As mods tend to, these creative community constructs craft creative content consistently capable of changes from difficulty to accessibility, and everything in between.

In the recent 1.1 patch, Ludeon Studios spent a fair amount of time working on mods being a bit less of a hassle for players to experiment with, allowing them to tailor the game to their preferences, whatever that may entail.

That effort does not mark the end of Ludeon Studios efforts to support mods, however, as Tynan Sylvester has taken to Twitter outlining what he’s looking for in terms of a third-party mod support system.  The requests aren’t necessarily simple, either.

Basically I seek a system that can store multiple versions of each mod, matched to game versions. When a player plays the game, the system would load the files for all mods from the current game's version.

This means when we update, the old version still works.

Granted, it seems a bit of a reach beyond what many mod platforms currently offer, but it would take even a further degree of finagling mods away from players, where the mod system could identify what version was being run and deploy the necessary package appropriately, all in real-time.

It’s likely that Tynan is merely writing out his wishlist in regards to how mods will interact with the GOG version, as without mod support the consumers using the platform will likely experience a version of the title with less content than is ideal.

However, it shows the studio is rather well-grounded in regards to what the community views as a large facet of the title, and looking to support mods to add even more content to RimWorld bodes well for players that may be interested in picking it up on GOG.

Aug 11, 2020 Chris Miller 14940
Here's an interesting thought: for a title that readily proposes cannibalism for self-preservation and organ harvesting from prisoners while you...

Apr 24, 2020 Chris Miller 41320
It's been far too long since I've made human leather cowboy hats well into the morning with my friends, as Rimworld's recent 1.1 update, along with...

Mar 31, 2020 Chris Miller 15930
There's a sneaking suspicion that Ludeon Studios is merely addicted to incremental development, after the years of development on the base game. ...