We are proud to announce that #JediFallenOrder has gone gold! We can't wait for you to embark on this adventure across the Galaxy with us on 11/15.

May the Force be with you! pic.twitter.com/93gHxxzEGc

To clarify for those that may be out of the loop, going gold doesn’t mean that it’s already sold a million copies as it may mean on other terminologies. Going gold means that the game has been completely finished and is out of development, ready to be distributed!

This is thankfully in line with the upcoming release date of the game now less than a month away. The release is scheduled for November 15th, 2019, and is seemingly perfectly on schedule with the gold status now announced.

Star Wars Jedi: Fallen Order will take place shortly after the end of Star Wars Episode III: Revenge of the Sith. Players follow the story of Cal Kestis, one of the last surviving Jedi and survivor of the Order 66 purge that has killed most of his kind. Through the game, players control Cal to work to escape the Galactic Empire hunting him down, evading an Inquisitor named the Second Sister that was trained by Darth Vader.

Other fan-beloved characters besides Vader will have large roles to play in the plot as well, such as the Rebel militant extremist Saw Gerrera. New characters are joining the Star Wars family in the same vein as well, like Cal’s new master, Cere Junda.

Game director Stig Asmussen gave an interview with The Hollywood Reported about the game back in June, explaining the role that influences from the Zelda and Dark Souls franchises played to help him shape the difficulty and overall gameplay. He describes it as a Metroidvania game with deeply developed and intricate combat.

It’s unsurprising to see these games playing a role in continuing to shape the gaming industry. Honestly, it’s almost gotten to the point where it’s surprising to not see Zelda or FromSoftware cited as heavy inspirations for any RPG or adventure game released nowadays.

Star Wars Jedi: Fallen Order seems like it could be one of the last blockbusters of 2019, given the late release date. Fans anticipating the game only have to wait another month before they get to tap into the Force themselves.

The Last Of Us Part II Director Says Environments Will Be Much Bigger, Wider In The Sequel 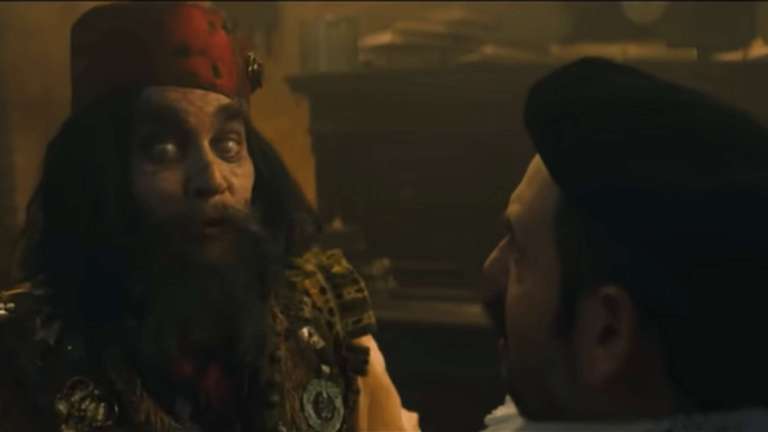 Jul 31, 2022 Michael Gunn 1850
After a grueling two-month trial in his defamation lawsuit against his ex-wife Amber Heard, Depp's presence in the "Sea of Dawn" teaser, in a...