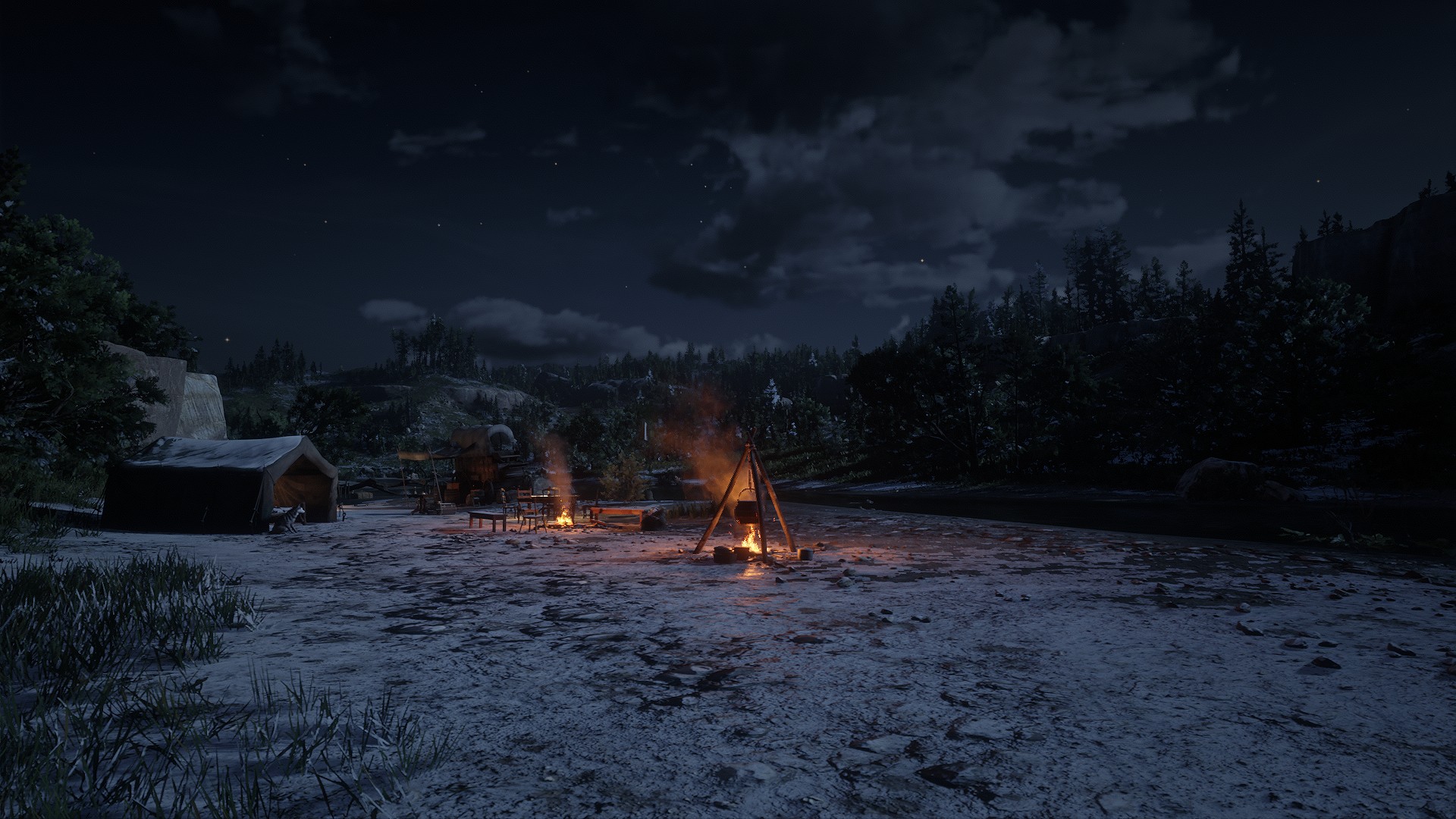 We’ll start with the ugly, much like blind dating; the single-player campaign isn’t receiving any the holiday cheer, so don’t get too excited.  Rockstar seems content with continuing their saga they’ve crafted with Grand Theft Auto Online, where the single-player campaign gets surprisingly little love, and resources are pumped into the money-making arm of the title, which is online gameplay.  Difficult to fault Rockstar, as their consistent updates only to Grand Theft Auto Online resulted in a staggering intake to the tune of billions of dollars.

The changing of the seasons often brings harsh weather to the frontier.

Those keen to make preparations for the winter should be advised that even heavier snowfall may also be on the way. pic.twitter.com/qL8G8oPwof

Winter weather is rapidly approaching the entire map of Red Dead Redemption Online, with snow now in all five states.  The update warns players that heavier snowfall is possibly incoming.  While the current snowfall is little more than flurries, with some accumulation (even farther south around Flatneck Station), it’s plausible that the snowfall will actually begin to accumulate higher as the event progresses.

The snow is more than aesthetics, so be warned; your characters will also begin suffering the effects of the cold, so ensure you have a heavy coat or two when you’re out braving the season.

To help round out the festivities, saloons with also switch from their ragtime familiars to more seasonal melodies for the duration of the event.  It would be wise to visit these saloons, and other indoor attractions during the event to keep your character warm if you’re lacking the appropriate apparel.  Some Christmas trees can also be seen dotting the landscape in the more civilized areas of the map.

Rockstar has also seen fit to add special Holiday Showdown Modes, with snowy variants of Spoils of War, Up in Smoke, and Overrun.  Only PlayStation 4 players will get access to Gun Rush, Make It Count, and Last Stand holiday variants for the event.  It may stymie some people that there are still exclusive features for Red Dead Redemption Online, and allowing access to some events depending on what platform you’re playing on is an odd choice for sure.  Rockstar has not yet been forthcoming about why the event access is exclusive.

As aforementioned, players that log in to Red Dead Redemption Online between December 23rd to December 25th will receive special goodies, without having to spend a dime.  It’s identified as a Special Seasonal Gift Chest, and is full of game, medicine, consumables, and a special winter shotgun.  Players that login before January 6th will receive 7 tickets allowing them various services and items for free.

Finally, the winter update sees 25% off the Medium Delivery Wagon, Bounty Hunter Schofield Revolver, Collector Lancaster Repeater, and five gold bars off of the cost of the Butcher’s Table.

Nov 3, 2022 Michael Gunn 150
A new autobiography written by Cliff Bleszinkski, the primary designer for the first three Gears of War games, has just been published. In his...