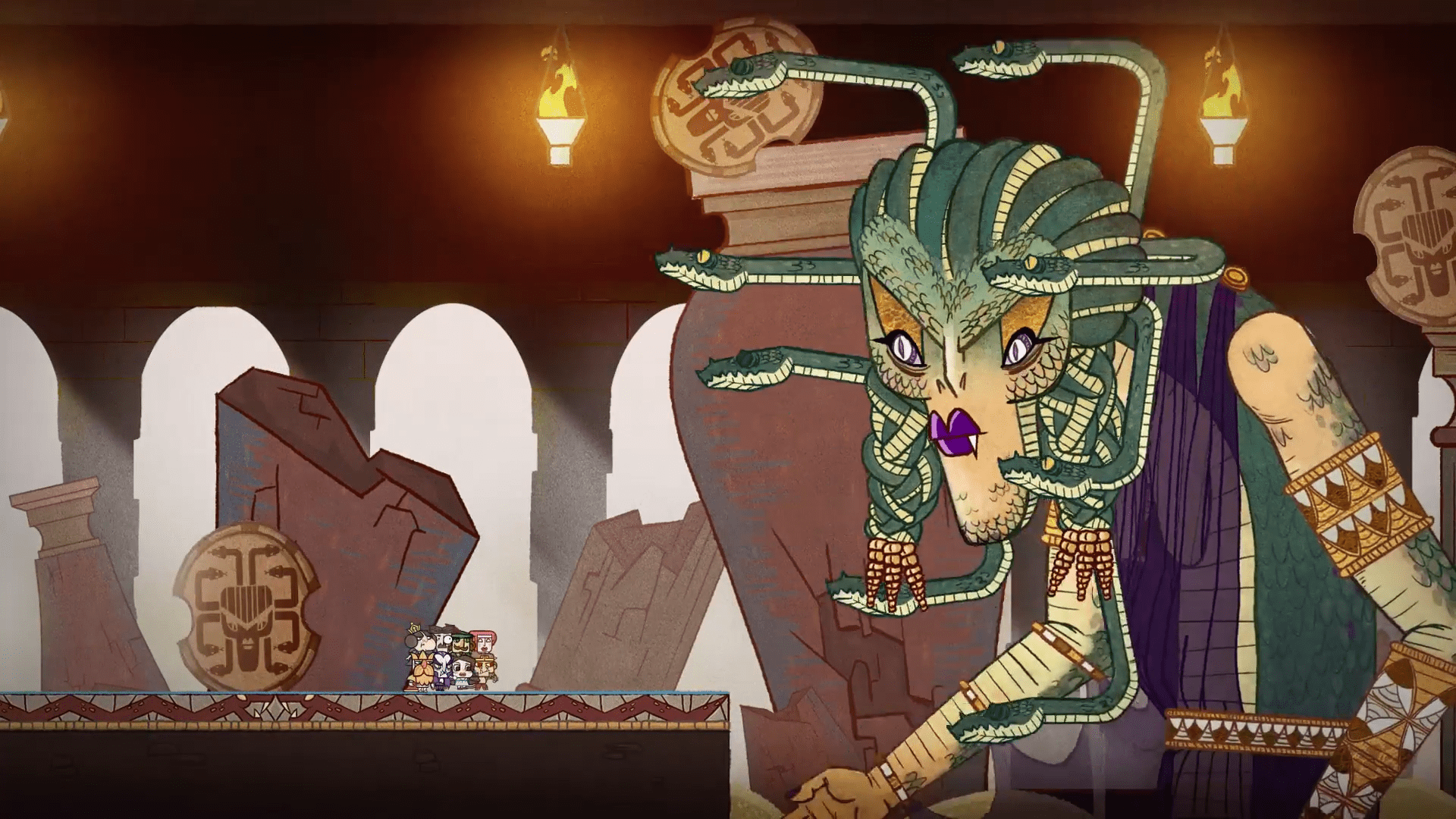 Have you ever wanted to travel through a land of stories, fighting side-by-side with some of the most famous characters in all of literature? No? Well apparently the developers at Digital Tales did, and that’s exactly what they’re doing in their new game, Bookbound Brigade.

The upcoming Metroidvania platformer will have you leading a variety of literary characters on a quest to recover the stolen “Book of Books,” a great and powerful tome that contains everything ever written. After the book’s mysterious disappearance, the world has started to fall apart and there is danger around every corner. Throughout the adventure, you’ll face a variety of well-known platforming challenges–spikes, pits, lava, deadly pendulums, and more–but with an interesting twist.

In Bookbound Brigade, you don’t play as only one character. Instead, you control a party that is comprised of several different characters from works of fiction and non-fiction. Robin Hood, Dracula, King Arthur, Nikola Tesla, Cassandra, Sun Wukong the Monkey King, Queen Victoria, and Dorothy Gale are all at your disposal.

Every character has their own unique traits and skills, and as you gain new characters, you’ll be able to use their abilities to reach new areas of the world. You control the entire group all at once, using different formations to traverse the levels. Build a giant stack of characters to reach new heights. Use the party like a rope to swing across gaps. Carry your squad as Dracula in bat-form, maneuvering through the environment to avoid danger.

Along the way, you’ll also face off against a variety of different enemies and bosses, all of which are also ripped straight from the pages of classic literature. The game’s trailer shows off a couple of these encounters, including a battle against Frankenstein’s Monster, Blackbeard, and a giant fire-breathing dragon. Each boss will require a completely different strategy, and learning how to take advantage of each character’s ability will be key to beating them.

The developers at Digital Tales are also intent on making a game that looks and feels different than others in the genre. The Metroidvania genre is fairly oversaturated at this point, consisting mostly of pixel-art-styled games with similar premises. Bookbound Brigade definitely looks unique, featuring a hand-drawn art style that was inspired by classic book illustrations. Combined with the setting and interesting gameplay mechanics, the game is shaping up to be a breath of fresh air for 2D platformer fans.

No exact release date has been given, but Bookbound Brigade will be launching on PlayStation 4, Nintendo Switch, and PC in 2019.