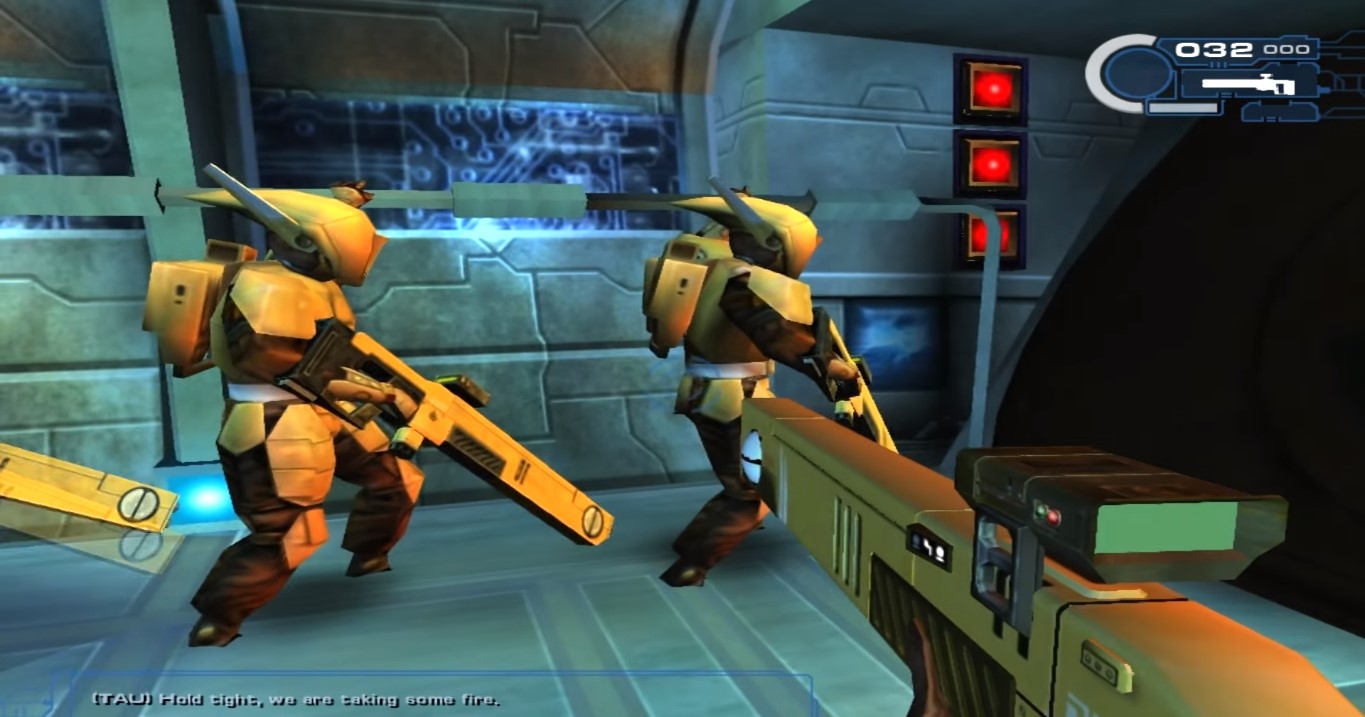 Unlike the other titles from the Warhammer franchise, Fire Warrior’s release in 2003 was untimely, and the game did not receive a strong following. One of the issues it faced included the rarity of a Warhammer 40K game that was entirely set in playing with a non-human faction. Gaming review sites described Fire Warrior as mediocre and was considered a let-down sequel for the entire franchise. Often labeled as a disappointing “shooter by the numbers,” Warhammer: Fire Warrior was left in the stockpile of Kuju Entertainment until GOG decided to resurrect the game.

One thing to expect from the new Warhammer: Fire Warrior is it will not have the same graphical rendition of the 2003 release. The GOG version will have a higher resolution running on the latest Windows OS. The game will have a single and multi-player mode with a GOG community overlay, allowing players to gain access to community features within its in-game interface.

Warhammer 40,000: Fire Warrior requires a good 1.8GHz processor, 3D graphics card compatible with the DirectX 7 or 9 interface, and an SSD storage of 1100 MB. The multiplayer game is also available through LAN connections. Warhammer 40,000: Fire Warrior also has a DRM free setup for GOG games, meaning it can be played and installed without the required “crapware” or gameplay restrictions.

The Fire Warrior game is one of those classic examples of a first-person shooter. The story takes place in the 41st millennium with a dark nightmare setting anyone would expect from a future-themed video game. The game also has a distinct storyline which takes place for only 24 hours. Gameplay starts with the first mission of La’ Kais where he attempts to rescue the Ethereal Aun’el Ko’vash from Governor Severus and the Imperial forces.

The grim plot, the dark universe, the diverse characters, and weapon upgrades make this game a truly unique game that would have been passed down without being recognized. With its GOG rebirth, Warhammer 40,000: Fire Warrior is expected to have a substantial audience amongst avid Warhammer fans. Not only do they have the chance to complete the entire series, but also experience what makes this edition unique and exciting.

Additionally, GOG has improved much of its graphical renditions to accord with the latest gaming gadgets and desktop specifications. Fire Warrior is an intense FPS action with 21 levels, 15 unique and devastating weapons, and a storyline that crosses treachery, horror, and betrayal. The game is a concoction of a classic first-person shooter with the latest graphical improvements.

Dec 16, 2020 Chris Miller 3760
Devotion is a horror game that frankly misses as often as it strikes, but that isn't frankly the reason that it has constantly been in the news since...

Dec 2, 2020 Lisa Nguyen 4760
Throwback Entertainment has announced its working with Nightdive Studio. Together, the companies will release an enhanced edition of PowerSlave to...