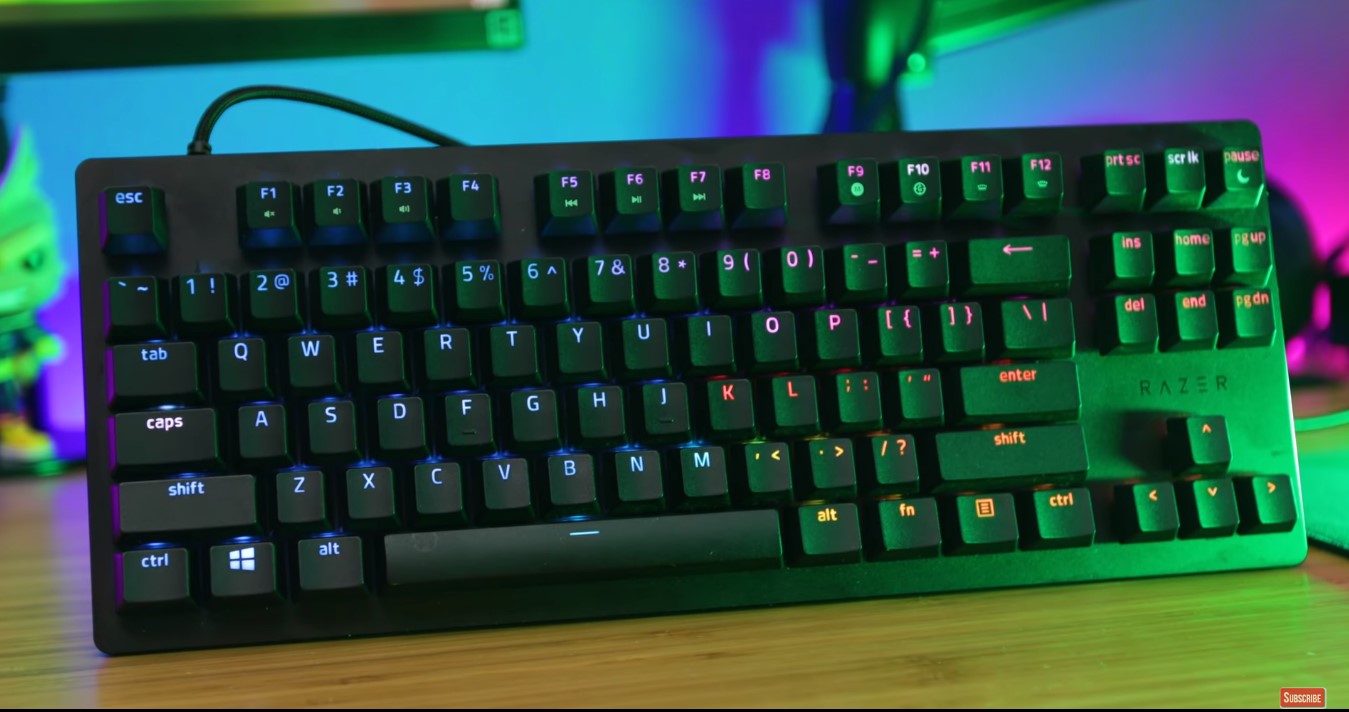 American hardware manufacturer Razer Inc. is set to expand its lineup of gaming keyboards with another Huntsman Series model along its tail. The new gaming mech will have a small and faster footprint compared to its predecessors.

One of the noticeable difference of the new Hunstman Elite Tournament Edition model is the removal of the dedicated numeric keypad. And this is only the beginning.

The Huntsman TE will also feature a linear optical switch, a newly added element on the series. The optical switch is expected to provide faster keyboard actuations with better bottoming out recognition, making every click recognition twice efficient as its predecessors.

With the release of the new Huntsman TE keyboard, the hardware manufacturer is gradually moving its technology to optomechanical switches. This type of manuals uses digital optical actuations with infra-red light beams hitting the receiver in every hit of a key.

To lessen the actuation point of the new Huntsman model, Razer shortened every keys distance to 1mm from the original 1.5mm. The hardware designer and maker stress that this actually makes the keyboard twice as fast as any conventional linear switches available in the market today.

Comparing the new Huntsman Tournament Edition model with the Red Cherry MX by Cherry GmbH, the Huntsman still possess better actuation point. The latter has 1.2mm while the Razer entry only has 1mm.

The American manufacturer said they own the proprietory tooling for making the rugged PBT double-shot keycaps used for the new TE model. In a released statement Razer said that these gaming mechs are designed to withstand rigorous training and intense use.

The keycaps are wear and tear-resistant, retaining their original texture even with extended use. This keeps the Huntsman Elite Tournament Edition looking new despite constant use.

These features though, are reminiscent of the previous Huntsman Elite which has been dubbed as one of the best gaming keyboards out in the market. It features a detachable USB Type C Cable and onboard hybrid storage for creating and saving five dedicated profiles.

Razers entries to the gaming arena also have the customary RGB lighting for an added gaming flare. The TE model is already available at $129.99

Razer Inc. is a global leader in gaming hardware design. The company has a line of gaming equipment, wearables, and various accessories for every gaming needs. The new Huntsman TE model is expected to top review charts again as its predecessors did.