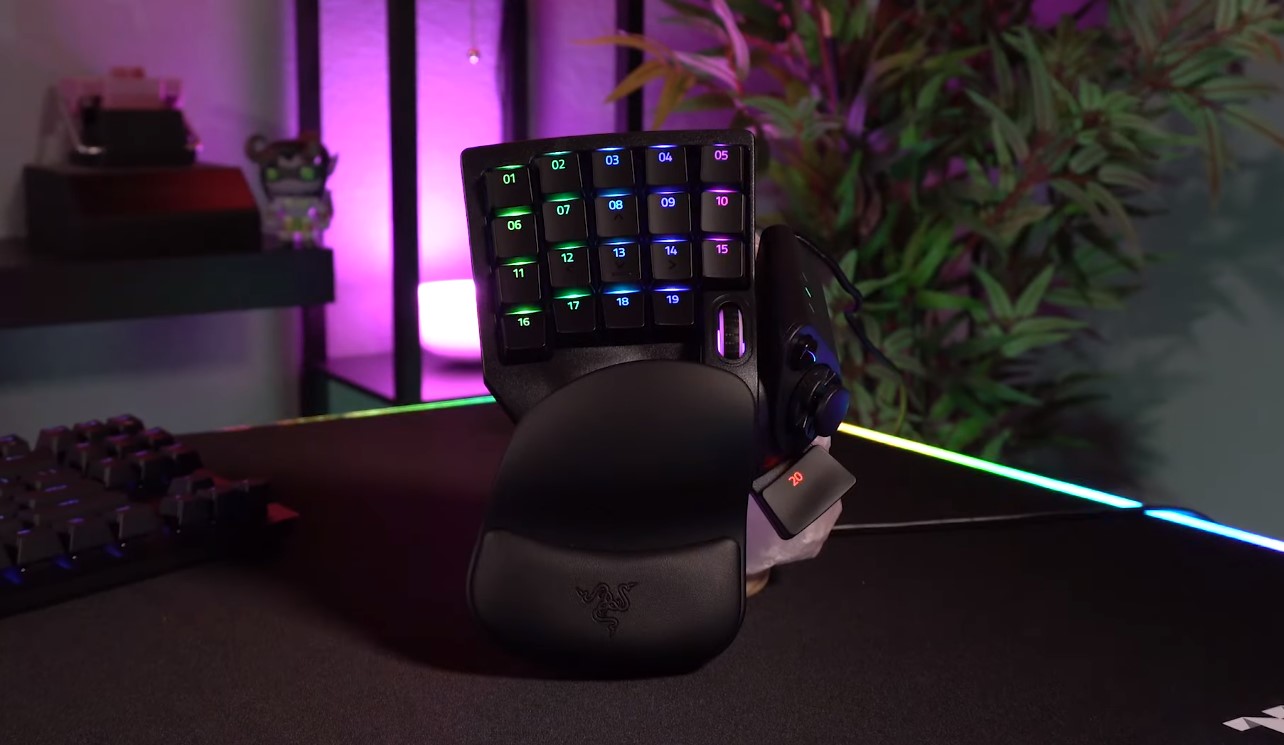 Razer, the leading global company in the gaming industry, has recently included a new PC gaming keypad to its product lineup, called the Tartarus Pro. The unique feature that makes this latest keypad a stand-out amongst other similar hardware category is that each of its keys is fitted with an analog optical switch, which is somewhat different from the traditional keyboards.

Initially, the PCs were created as a general computing machine. It was not until later that the manufacturer incorporated games into PCs. Keyboards explicitly designed for gaming purposes are also considered an “accident” in history.

Though keyboards are not exactly an ideal item for gaming, they still offer the best options for gamers without giving up on controllers. Realizing this shortcoming, Razer attempts to bridge the gap created by the keyboard’s unwieldy flexibility and the controller’s ergonomic restriction. Hence, the release of its latest optical gaming keypad, the Tartarus Pro.

While this keypad is not the company’s first gaming keypad, nor the first Tartarus lineup, this brand new keypad does bring in the vital transformation to the current product lineup. It will be the first keypad with analog switches from the company.

This gaming hardware features around 32 distinct keys that come with optical key switches. Each of these keys is fully analog and programmable. The manufacturer even goes as far as incorporating a built-in functionality that allows gamers to experience two different functions depending on how far they press the key.

The company also claimed that games that support controllers could work with the analog switches just fine right away. This feature would seem like an added advantage to the keypad as just about any game nowadays offer controller support, including the company’s popular games, Rocket League and Fortnite, as noted by the company.

Aside from the unique analog keys, this gaming keypad also offers several other solid function sets, including:

Moreover, the keypad also features and eight-direction thumbstick, which is the only digital feature of the product.

While analog features of the keypad seem to allow players to do more things in the game, such as moving steadily and slowly in a sneaky game or delivering both heavy and light attacks using the same key, the performance of such promising idea has yet to be analyzed in actual practice.

Nov 20, 2019 Kaden Redhead 10110
Razer’s Deathadder Elite is one of the more affordable high-performance gaming mice out there. The device also holds the distinction of being a...

Nov 15, 2019 Kaden Redhead 6570
Razer has unveiled the Kraken, its flagship gaming headset that features 3D spatial audio technology. The company is hanging its hat on the...