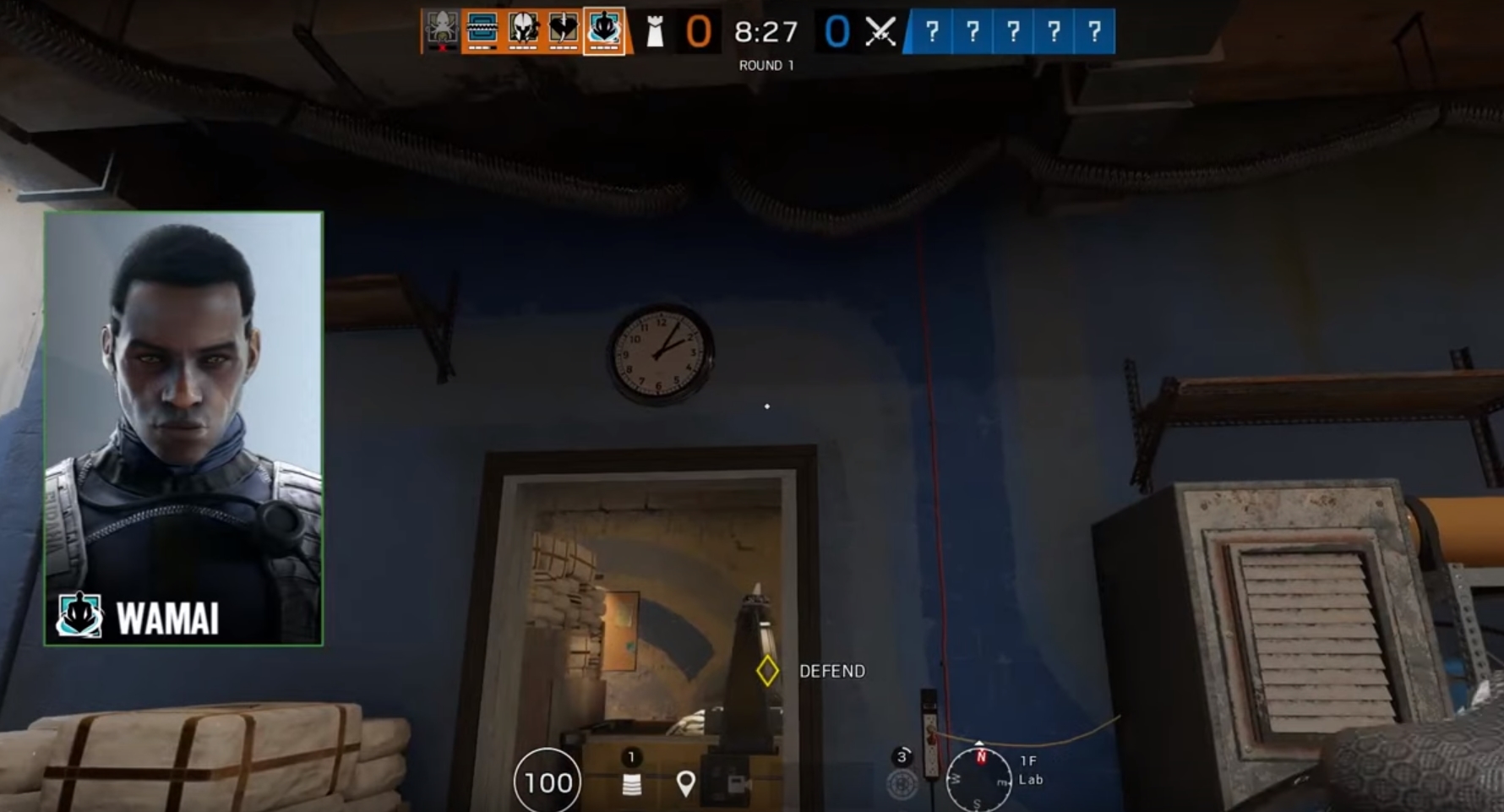 Two new operators have been announced with the new upcoming content to Rainbow Six: Siege, Operation: Shifting Tides. Each of these operators – one an attacker and the other a defender – bring a new gadget into the fray with them.

The defending operator comes with a predictably defensive-minded gadget, but one that adds a massive amount of possibilities to combat.

Lorewise, Wamai is a Kenyan operator that works under a private Indian military company headed by his counterpart operator, the sniping attacker, Kali. Like Kali, Wamai is a two speed, two armor operator with a focus on controlling the battlefield.

Wamai’s first weapons of choice aren’t too exciting, an AUG A2 and an MP5K that offer decent firepower for most distances. In terms of sidearms, the defender is equipped with the Keratos 357 and the P12.

The most interesting thing about Wamai that makes him stand out is the gadget he brings to the fight. Wamai comes ready with a magnetic gadget to neutralize enemy equipment and throwables.

Wamai’s magnet can be attached to nearly any surface in the game, making them an excellent choice for guarding windows and chokepoints that enemies love to throw grenades through. The magnet will pull in any throwable such as a flashbang, stun grenade, or frag grenade and reset their timer, giving nearby operators plenty of time to run away from the threat.

This allows Wamai to be an excellent spotter for snipers, which is likely part of why he’s joining Kali. The magnets allow the defender to set up a wonderful wall of defense to keep himself and his fellow operators safe in their camping spot.

Of course, creative players can use the magnets offensively. A well-placed magnet is capable of drawing in an enemy’s grenade and exploding it close enough to their allies to cause a casualty. This, combined with the admittedly-bland weapon choices that Wamai brings to the table, seems like it will make him excel in closed-in spaces.

Having something to deal with grenades is always a fantastic addition. Wamai’s gadget brings an enormous amount of possibilities for creative, sneaky plays, as well as providing wonderful defense. These are the sorts of gadget that have the ability to change the meta around.

Rainbow Six: Siege fans already have their eyes on the esports scene to see which defense mains will pick him up first, and how well they’ll be able to utilize his sneaky gadget.