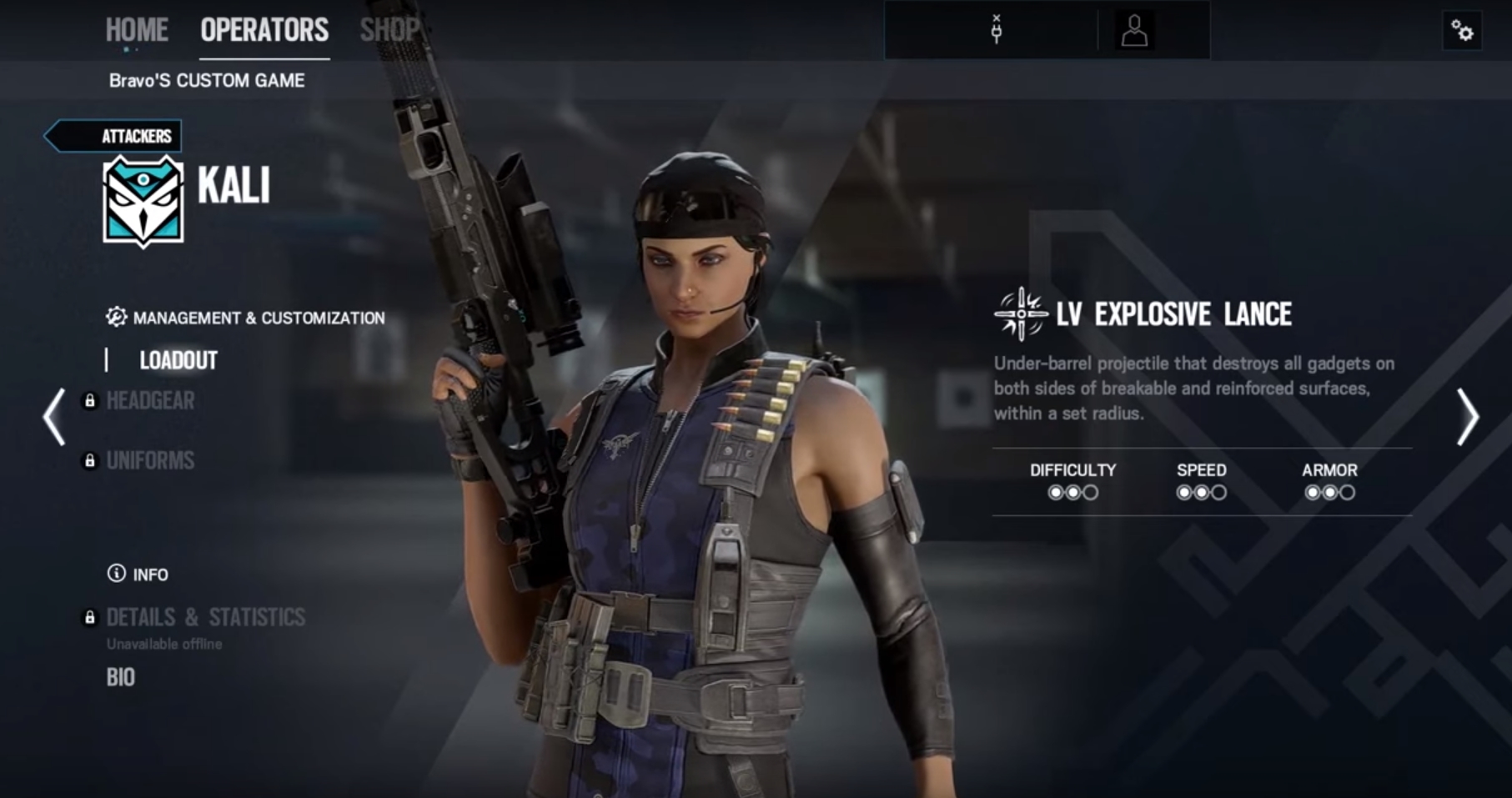 Ubisoft’s Rainbow Six: Siege has a new operation coming up soon, with two new operators and a handful of gadgets joining the game.

Operation: Shifting Tides was teased a few days ago back on November 6th, but the new operators and gadgets remained hidden. Now, Ubisoft is starting to spill the beans.

The new attacking operator is Kali, the head of a private military company based out of India. She’s described as a two speed, two armor attacker armed with a CSRX300 rifle that can alternate between 5x zoom and 12x zoom.

Needless to say, this attacker isn’t the kind to be storming rooms with a rifle like that. But if you leave that to your opponents and keep Kali sniping in the back, any decent sniper will be devastating.

The CSRX300 is among the most powerful rifles in the game, providing an immediate down if you hit an enemy anywhere below the head. That’s right, getting a shot on their pinky toe still downs them in one hit. If you get a headshot, your target is dead before they know it with a one-shot kill.

The drawback is that the bullet leaves a smoke trail that points enemies directly to Kali. More than that, enemies that are downed by the rifle will immediately turn to face her, pointing all nearby allies towards her in case they miss that trail. This means that a Kali player has to stay mobile, as every shot gives away your camping spot.

Best of all, the CSRX300 can shoot through multiple enemies – and walls. Reinforced walls are still going to stop your bullet immediately, but any destructible surface stands no chance against your sniping skills.

Of course, that doesn’t mean that reinforced walls leave Kali useless. The gadget she’ll be joining the game with is an under-barrel gadget, the LV Lance. This gadget is an explosive shot fired at reinforced walls, exploding on the other side.

The balance to this is that it does little to no damage to enemy operators, so don’t expect to be clearing rooms out with the Lance. However, the Lance is excellent for taking out enemy gadgets that might be defending the room or providing some other sort of nuisance.

Additionally, Kali is bringing two sidearms to back up her rifle. She comes equipped with the P226 MK 25 pistol, a 14-bullet medium-range sidearm, as well as the C75 auto for short-to-medium range bullet spray.

Jul 30, 2022 Grace Simmons 3320
The multiplayer first-person shooter that was once known as Project Moon has a new name and some history information according to Midnight Society,...