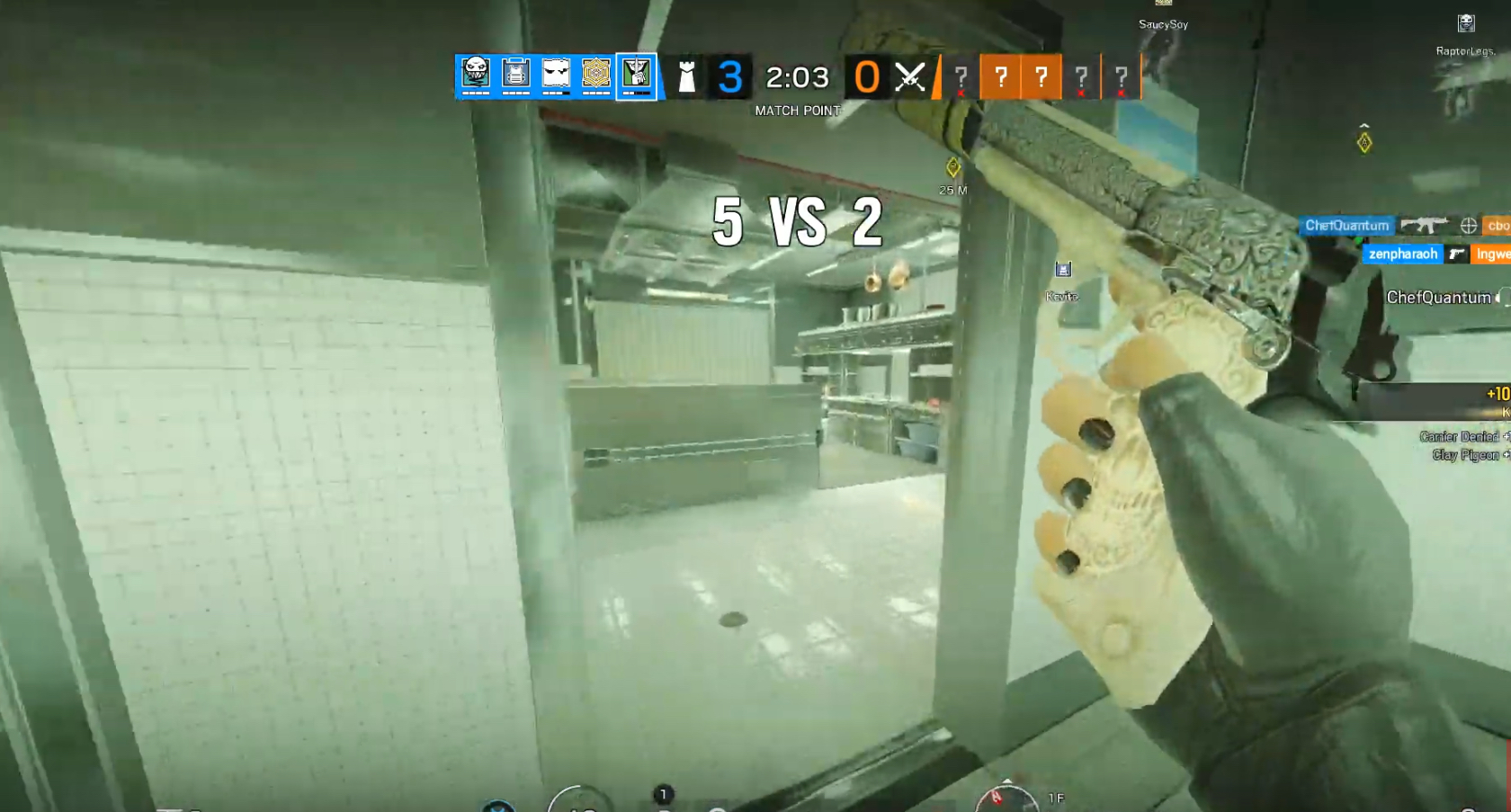 Rainbow Six Siege has been one of the better online tactical shooters in recent memory. Despite coming out in 2015, it still has a huge following and is constantly bringing in new users. Ubisoft Montreal has done everything they can to improve many aspects over the years. It’s now 2020 and the tactical shooter is still receiving amazing updates.

As part of the Year 5 improvements, a new ping system is set to release. Titled Ping 2.0, the new system enables players to ping gadgets rather than relying on audio commands via a mic. Not only that, but the new ping system lets players contextual what is is they’re trying to highlight on the map. This should bring about clarity and prevent players from venturing off to marked areas that won’t prove of value.

This contextual system has been a huge success in Apex Legends. It’s great to see Ubisoft taking inspiration and incorporating a similar system in their game. Going more in detail about the ping system, a player can only keep one activated. It will stay on the screen for as long as that player wants it to. Should you choose to ping another gadget, the previous one will be removed accordingly.

Currently, there isn’t a release date for the first wave of Year 5 updates — including this ping system — but it’s nice to see Ubisoft Montreal taking it upon themselves to keep the updates rolling. They’re constantly looking to please their loyal fans and expending as many resources as they can to give players sublime combat experiences.

There are many other things that players can look forward to as well, including overhauled maps, new operators, and a battle pass system. There is even a reputation system coming down the pipe. It’s intended to promote teamwork and fun experiences. A by-product of this should be less toxic matches with players. Things can certainly get heated during a close match in Rainbow Six Siege, but you shouldn’t have to sit through verbal abuse. The system will reward players who keep it respectful and negatively impact those who abuse others.

All in all, Rainbow Six Siege has a lot of momentum right now and it doesn’t seem to be slowing down any time soon. It’s obvious Ubisoft Montreal has a clear path for what improvements they want to make. If they continue to innovative this tactical online shooter, who knows what great heights it can still reach?