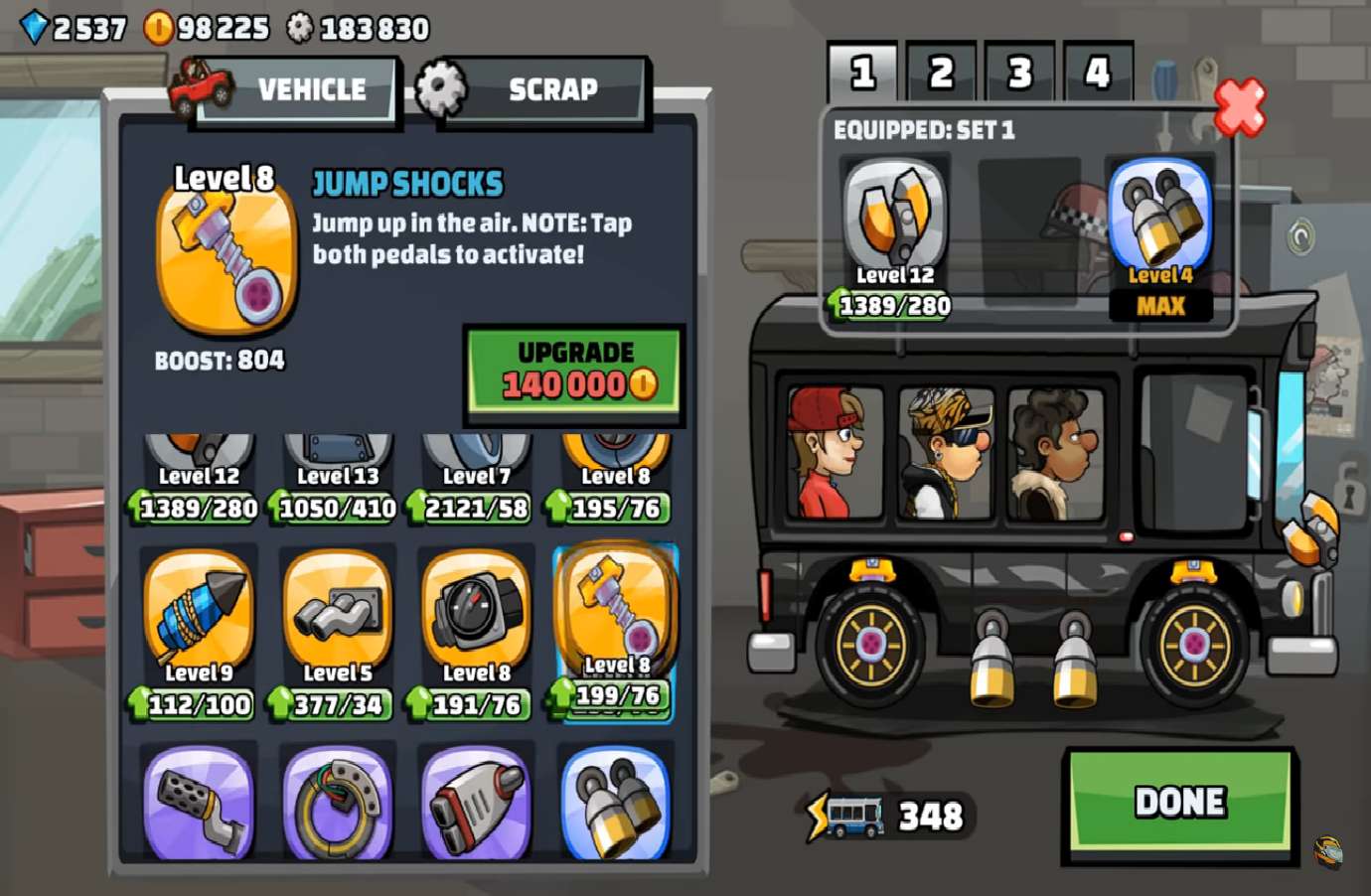 It’s time for another weekly event for Hill Climb Racing 2. And in this event, players fly to the moon and sing among the stars as they collect coins.

The “Fly Me to the Moon” event has players drive their racers across a moon landscape with “moon gravity”. This means that players will launch far into the sky before coming back down to the track. And while players won’t be able to see what spring is like on Jupiter and Mars, they will be able to perform flips quite easily for coin bonuses.

The event has players drive across the moon’s landscape and collect tons and tons of coins. Coins are numerous on the track, so they won’t be hard to collect, even for players who aren’t very good at the moon tracks. These coins both count toward a final score in the event and toward the player’s coin total to be used for upgrades and vehicles to be purchased once unlocked.

This event’s name is a reference to the song “Fly Me to the Moon”, originally titled “In Other Words”, written by Bart Howard in 1954, but is most famously remembered by the Frank Sinatra version in 1964, which had a more swing feel than the 1954 original waltz version. This 1964 version is the basis on which all future performances are based on.

This song is also heavily associated with NASA, with the song being played on a tape recorder as the Apollo 10 mission orbited the moon, and again on Apollo 11 just before it landed on the moon. It was also performed by Diana Krall for the 40th anniversary of the moon landing, and for the memorial of Niel Armstrong, the first man to set foot on the moon, in 2012.

Fans of the anime Neon Genesis: Evangelion will also recognize the song as the ending theme until the series was put on Netflix in 2019.

This means that the name of the event fits perfectly for a moon themed track for the coming spring.

So get ready to fly to the moon and sing among the stars for this weekly event. Players won’t want to miss out on this great opportunity to get some coins.

The Suicide Of Rachel Foster Has Been Released On Steam, Featuring Creepy Atmosphere's And Plenty Of Walking