Developer Team Ninja and publisher Koei Tecmo recently announced that Rachel from Ninja Gaiden would be joining Dead or Alive 6 next month.

The announcement included a new trailer featuring Rachel and her debut costumes.

Rachel is a Fiend Hunter who was first introduced into the Ninja Gaiden series in 2004, where she becomes an ally of Ryu Hayabusa. She later went on to appear in the 2013 game Dead or Alive 5 as a playable character.

Fans have been waiting for Rachel’s return to the series, which comes almost one year after the initial release of the game in January 2019. Season pass 3 also includes 52 costumes, with exclusive outfits specifically for Kasumi and Ayane.

Rachel is part of Season Pass 3, but can also be purchased separately. Not only is she a playable character, but she is available in multiple modes.

Also included as part of the Ninja Gaiden 15th Anniversary celebration is Momiji, who also made an appearance in DoA5.

A special clothing set is titled “Energy Up! Training Wear” and will be released on November 26, 2019. The DoA female fighters, not including Mai and Kula, can wear the clothing. They will not be readily available to everyone. Players will have to complete various tasks to unlock all of the outfits. There are sixteen special outfits available in the clothing pack.

There are also three free costumes coming soon for everyone. As thanks for 2 million downloads for the free-to-play version, Team Ninja and Koei Tecmo are giving out the free gifts. The first outfit for Kasumi will be released on November 26.

A collaboration with the anime series How Heavy Are The Dumbbells You Lift was also announced. Not much information has been revealed about the partnership, except that it revolves around a training game.

More special content is planned in the future, including outfits from Gust’s Atelier Ryza: Ever Darkness & the Secret Hideout, and a character from the spin-off title Dead or Alive Xtreme: Venus Vacation. The release date of this special content is not yet known.

Dead or Alive 6 is currently available on PC, PlayStation 4, and Xbox One. 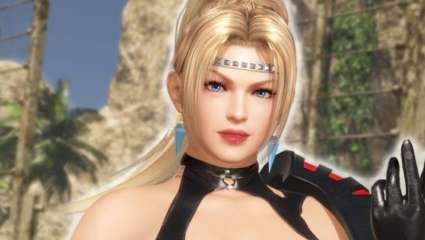 Nov 25, 2019 Lisa Nguyen 4010
Developer Team Ninja and publisher Koei Tecmo recently announced that Rachel from Ninja Gaiden would be joining Dead or Alive 6 next month. The...