Put The ‘Harm’ In ‘Pharmacist’ In WayForward’s Adorable Vitamin Connection 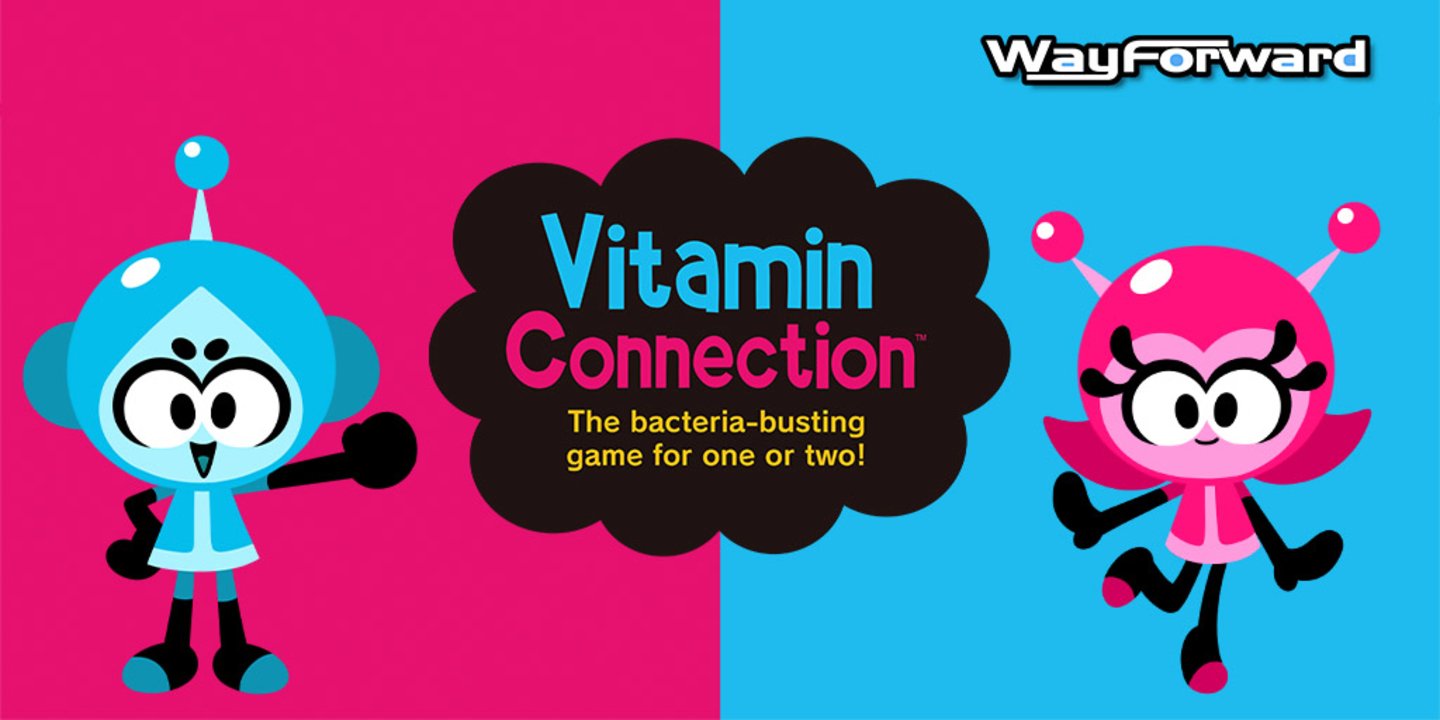 From the makers of Mighty Switch Force (and the collection release), Shantae: Half-Genie Hero, and the upcoming beat-‘em up River City Girls, comes a game small in structure, but titanic in fun.

Vitamin Connection is the newest venture by the game studio, where players don’t shimmy or shake, chase down unruly blondes, or rampage across a city. Rather, they take on the microscopic world and obliterate bacteria.

We are excited to announce the development of Vitamin Connection, coming exclusively to Switch from @LimitedRunGames! Go microscopic and blast bacteria to save the day in this unique one- or two-player co-op action game! More details: https://t.co/GQdXDXvd9i pic.twitter.com/ztfx3kf7JN

Our two protagonists, Vita-Boy and Mina-Girl, are on a mission; save the Sable family from all manner of evil bacteria in their Capsule Ship. Using the Vitamin Beam, a claw tool, and more, you’ll navigate mazes, revel in rhythmic action, and navigate all many of hazards and treachery to save the day.

Adding to the fun is the game’s capability to be played either solo or via local co-op. In co-op mode, you and your partner will have to work as a team, with one controlling the movement and firing, while another handles aiming and rotation. It’ll take a lot of teamwork to make such a setup manageable, but it’s an extremely good draw for the couch crowd.

Currently, little is known about the game proper, but there will be an initial physical release courtesy of Limited Run Games, followed by a digital release on the Nintendo Switch eshop by way of WayForward. Pricing and a release date are unknown at this time, but it will see an exclusive Nintendo Switch release.

Not that many medical-based games exist, with the two most prominent and noteworthy being Trauma Center and Surgeon Simulator, being leagues and years apart from each other. And Dr. Mario World is quickly taking mobile by storm, so at least the genre isn’t totally left in the dust. But it looks like WayForward wants to dip its toes into the medical-centric game genre with a sweet, vibrant shooter.

If their track record is anything to go by, we can expect all kinds of fun, wackiness, and incredible gameplay, as is par for the course for the studio. Until next time, when hopefully more news will be available, stay and play savvy, gamers!

Bungie Is Reworking Destiny 2's Quest Log As Soon As This Fall, In An Effort to Fix Problematic System

Jul 4, 2022 Stephen West 310
Sea of ​​Stars is an upcoming turn-based RPG created by developer Sabotage Studio, developer of the side-scrolling platform game The...