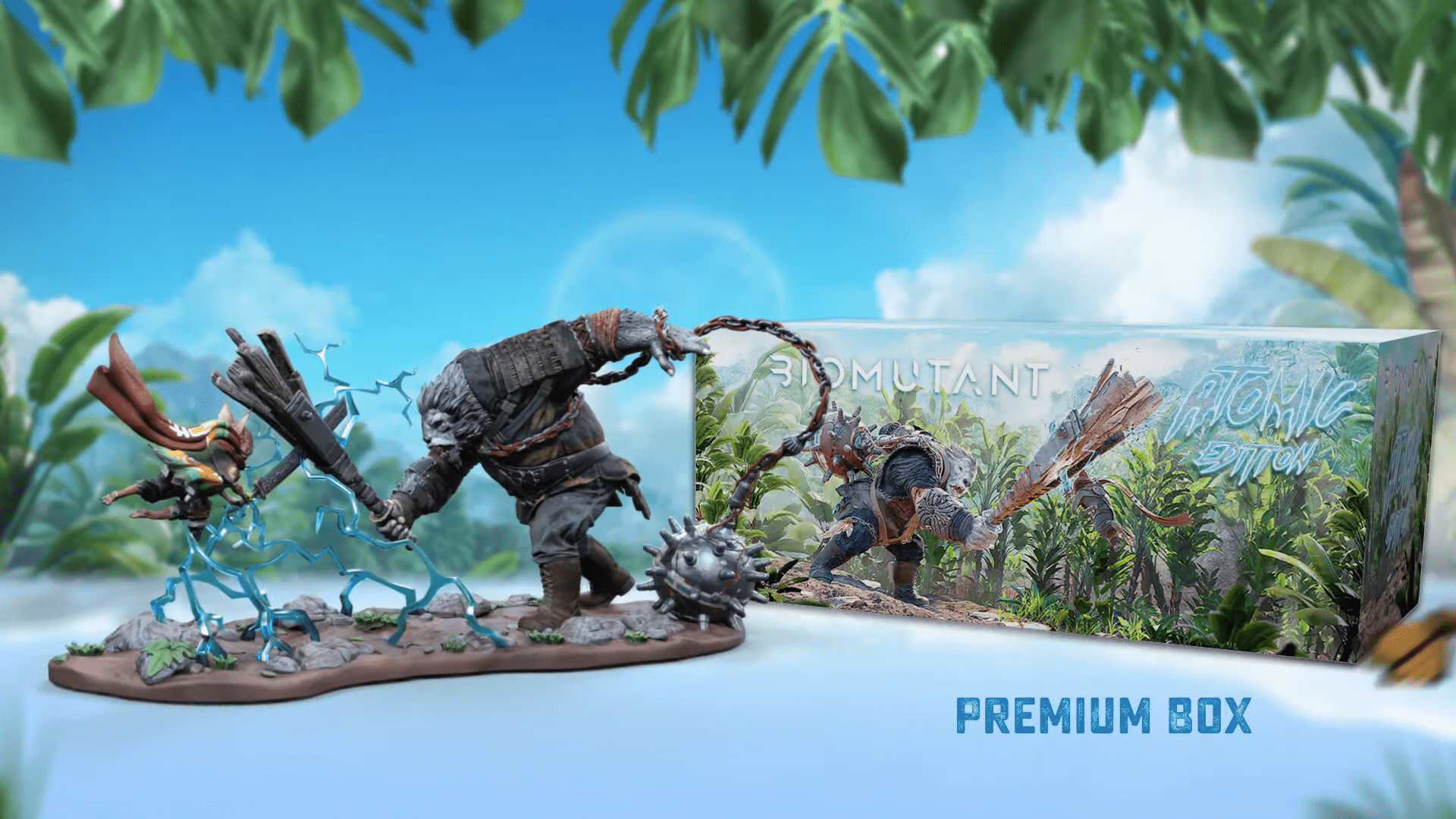 THQ Nordic has officially revealed the two collector’s editions of their upcoming action RPG Biomutant, and oh boy, they are impressive. Both of the premium editions come packaged with some really cool extras, and each one features an exclusive statue.

First up is the smaller of the two, simply called the Biomutant Collector’s Edition, which will cost about $109. The contents of the collector’s edition will come packaged in an exclusive box featuring art from the game, and will contain:

The second of the two premium editions is a monster. The Biomutant Atomic Edition comes with the same soundtrack and poster as the standard collector’s edition, but with a whole lot more in a special, heavy-duty premium box. Inside, you’ll find:

Both of the statues from these collector’s editions are very impressive-looking. Both are incredibly detailed, but the Atomic Edition’s diorama is a sight to behold. It features the game’s hero in the middle of a battle with one of the giant creatures you’ll be facing off against throughout the game, complete with some cool lightning effects from the clash of their weapons. Of course, with all of that cool content comes a big price tag, and the Atomic Edition will be available for $399. Both editions are currently available for preorder.

Biomutant is an upcoming open-world action RPG set in a unique post-apocalyptic world where mutated creatures have taken over. As one of these mutants, you’ll get to create your own character and embark on a quest to save the Tree of Life. Throughout your adventure, the story will change drastically depending on the decisions you make, with several branching paths and different endings. One of the most unique features of the game is the main character’s ability to rewrite their genetic code, allowing you to evolve throughout the game as you change up abilities, body parts, and more.

THQ Nordic still hasn’t given and official release date for the game, though they have stated that it will be release some time this year. Hopefully, we’ll hear more in the coming weeks once Gamescom kicks off on August 20.

Put The 'Harm' In 'Pharmacist' In WayForward’s Adorable Vitamin Connection