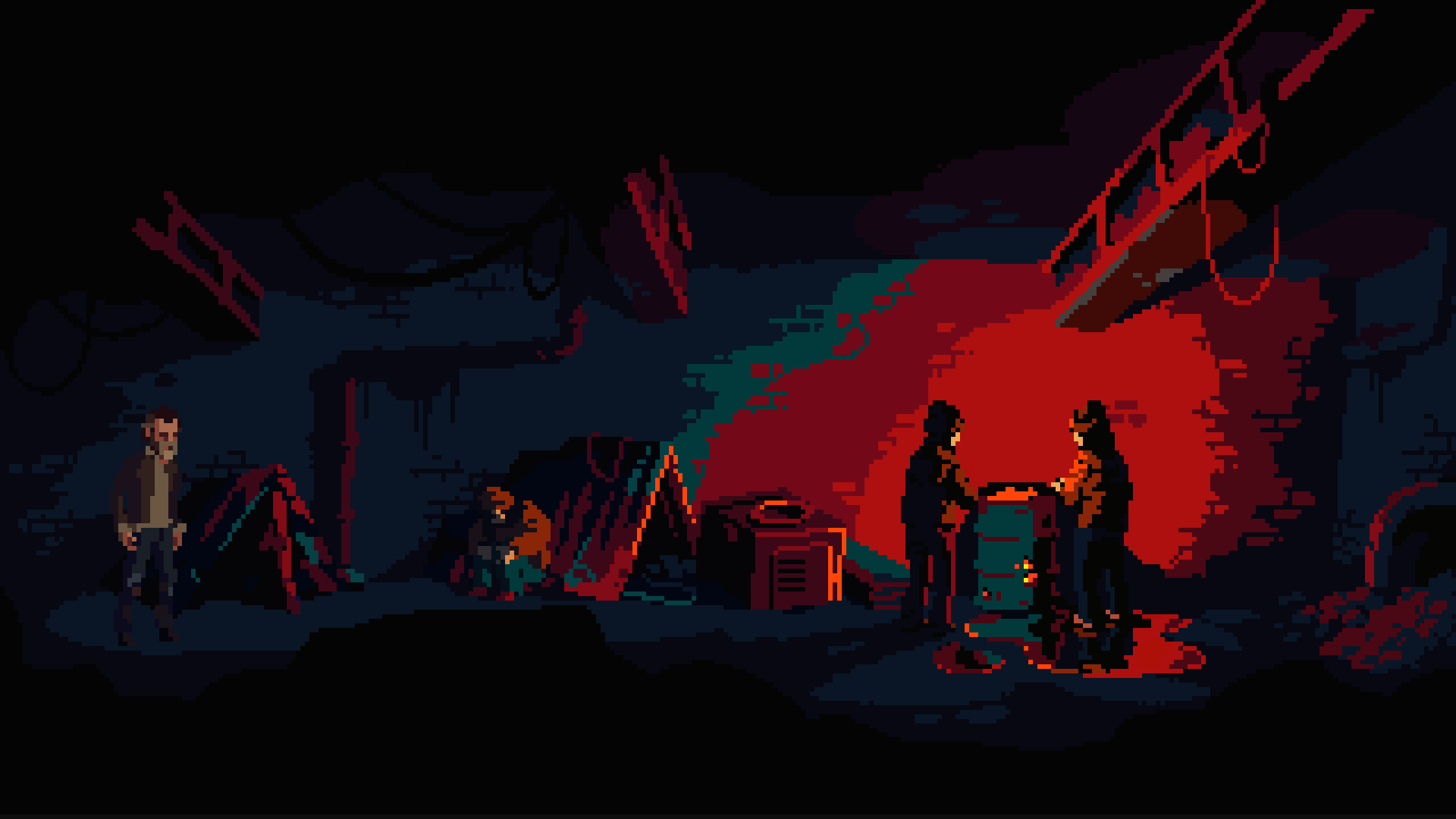 Originally fan’s knowledge of The Drifter was ominous Twitter Gifs and slight comments from the development team. Now an official reveal trailer has been launched showing off this unique point-and-click adventure game. It is done in a beautiful 8-bit style giving it a unique aesthetic that mixes well with the Pulp style world.

You play as Mick Carter, a drifter who just happens to witness a violent murder. You are then killed by mysterious armed men until you are brought back to life, seconds before your death. What seems like a life-saving encounter turns dark when you are being framed for the murder and must uncover the conspiracy hidden behind everything you know.

The game is narrative focused with pride in the small details. It draws obvious inspiration from King, Crichton, John Carpenter, and classic Ozploitation films. There is no set release date for this game as of yet, but fans are expecting it to come out for PC and the Nintendo Switch.

Powerhoof is a small two-man independent game studio in Melbourne, Australia. Their first project was Crawl, a dungeon crawler that let your friends control the monsters. They then released Regular Human Basketball, a multiplayer game that mixed unexpected features into a standard basketball game.

The Drifter is only one of the small projects going for the team right now. This game was born from the two developers’ experience at Adventure Jam, where they won first place honors for three years running. They decided to work together on a longe commercial title, and The Drifter was born. Their work began in late 2017 and ramped into full production as of 2019.

The developers have released some free games from their Adventure Jam experience on itch.io. You can find Peridium and Alluvium available for download if you want a taste of the team’s prior experiments.

This game fully embraces the feeling of Pulp Adventure with a roller-coaster story that thrusts you into the mystery. Rather then a detective, you are the victim, and saving your own hair might not be as easy as it seems. Enjoy a brooding dark-synth cinematic score and a fully voiced experience with the stylings of Adrian “YeOldShimpEyes” Vaughan.

Although there is no release date, many are already starting to band behind this project. For further information, you can follow Powerhoof on social media or browse their site. These developers are very good at keeping information to themselves, so it may require some extra sleuthing to uncover more information about this mystery game.