Prince Of Persia: The Sands Of Time Remake Is In Development, Ubisoft Confirms At Ubisoft Forward 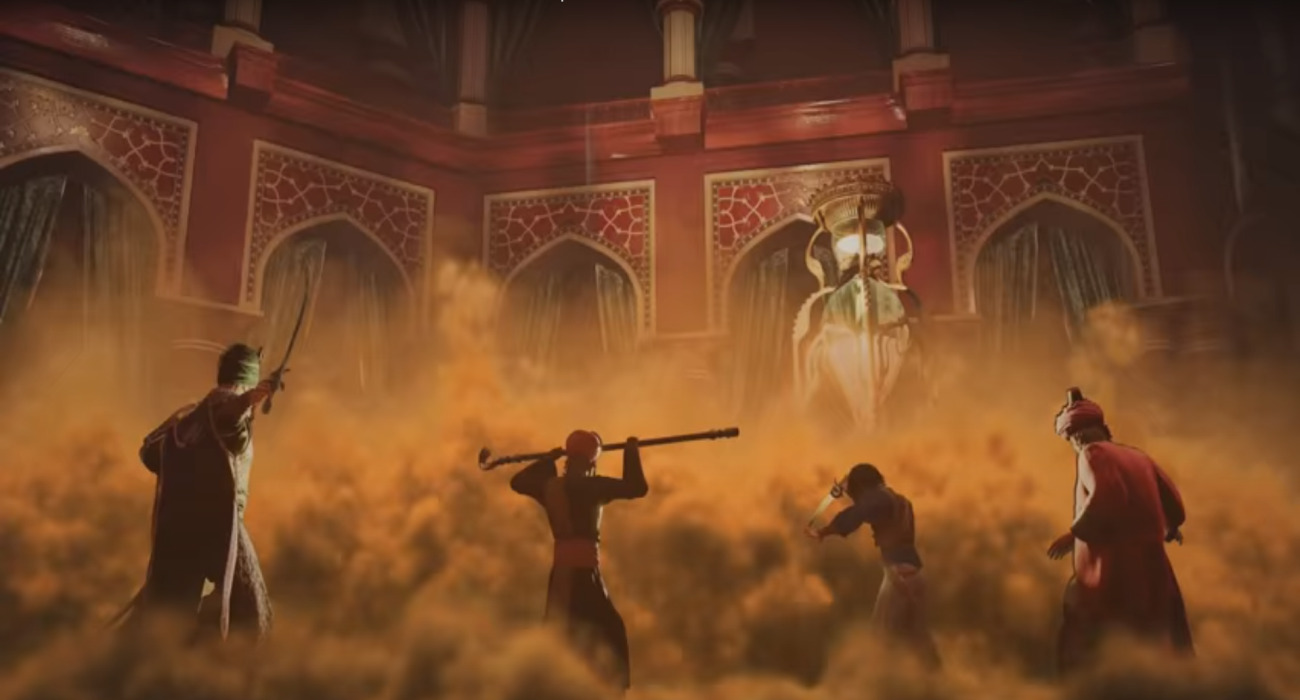 Prince of Persia: The Sands of Time was an incredible action-adventure game from Ubisoft. Releasing in 2003, it has beloved for its enjoyable nature and fun story. It has gone on to become an instant classic.

That’s why it was exciting to hear about rumors of a possible remake. If there was ever a game that could benefit from a boost in graphics and performance, it’s this action-adventure classic. It looks like these rumors are true as Prince of Persia: The Sands of Time Remake was just teased at Ubisoft Forward.

It’s a classic tale that Prince of Persia fans know by heart, but the remake boasts better graphics. That’s pretty evident in the trailer. The shadows, colors, and lighting all have added vibrancy that make this remake worthy.

The trailer also shows the iconic dagger that can turn back time. Even if you don’t play your cards right when running across walls or timing enemy attacks, all is not lost. A quick rewind and you’re back in the action. It’s this design that made this game such a success across Europe and eventually in the US once Ubisoft shifted marketing tactics.

If you grew up playing this game, you’ll be happy to know that Yuri Lowentha, the voice actor from the original, will be taking on his iconic role once again. It’s a nice touch that shows Ubisoft is doing their best to keep elements that made the original so successful, but expand upon it in new ways.

Additionally, the remake doesn’t just have better graphics. The developer has taken liberty to tweak some of the gameplay, including the combat and camera angles. So even if you’ve played through the original countless times, the remake has a lot of novelty to it that should keep die-hards engaged throughout the story.

Prince of Persia: The Sands of Time Remake is currently scheduled to release January 21, 2021 on the Xbox One, PS4, and PC. If you like what the trailer had to offer, you can get your pre-order in and enjoy several things — including an original weapons set and original outfit.

It’s always a little scary when a beloved game gets remade by a developer. Sometimes the developer hits it out of the park with much better graphics and gameplay all around and then other times, it’s a complete misstep. It’s still a little earlier, but this remake from Ubisoft looks to fit into the former category.

CS:GO - Damian 'daps' Steele Announces His Leave From Gen. G Once They Find A New Fifth

Aug 25, 2021 Harry Alston 3090
After the huge success of New World's Closed Beta that ran at the beginning of August, the game was delayed until September 28th. While the Closed...

Aug 20, 2021 Harry Alston 2210
Humankind is a gigantic game: 4X at its most compelling, complicated, and addictive best. The combat system is fantastic, the art style and the...

Aug 12, 2021 Harry Alston 3410
It's a good day to be a Battlefield fan. 2042 is currently in its earliest playtest - designed to stress-test servers and other functionality rather...