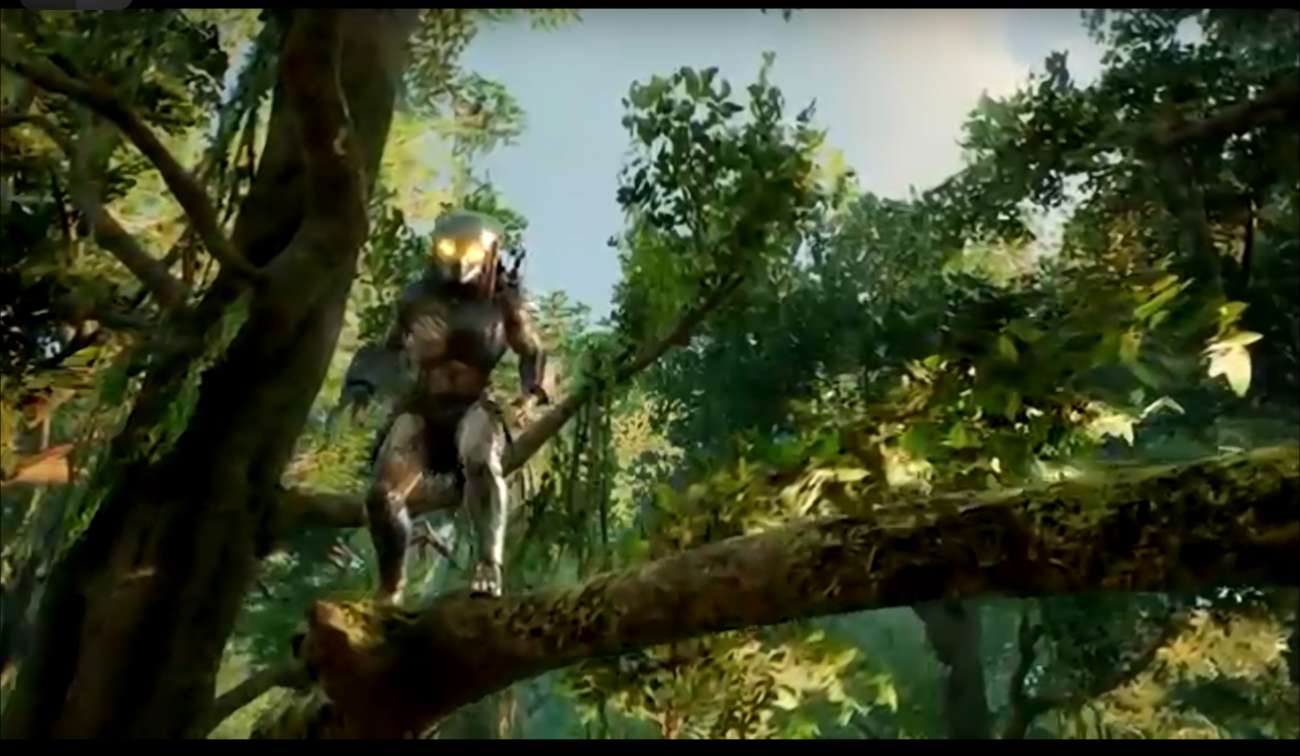 Predator: Hunting Grounds is the next game in the iconic Predator cinematic universe. We’ve already seen a trailer showing off some of the visual elements and tiny bits of gameplay sequences. It’s early, but this looks like one of the best Predator games to come out for modern consoles. That’s great news for enthusiasts of this lore.

This is an entirely online multiplayer experience, where you’ll either get to play as one of several soldiers or a Yautja. It will be Predator vs. humans in an epic showdown for survival. Several gamers have gotten their hands on the title already, who’ve remarked on this game’s asymmetrical combat design.

This essentially means you’re never involved in the same combat situation for long. One minute, you’ll be an elite Yautja — who has the ability to cloak itself in its surroundings and jump from tree to tree like the Hulk. The next match could see you part of an elite force that doesn’t have access to the same type of technologically-advanced weaponry. Instead, you’ll rely on teamwork and strategy to come out on top.

The dynamic shifts in roles keeps you on your toes the entire time. Just as you have the mechanics down as a human, you’re thrust into the Predator role where stealth will be your ally.

The concept alone is intriguing and should make Predator: Hunting grounds a truly amazing multiplayer experience. It has the same vibe as Friday the 13th: The Video Game or even Dead by Daylight. These games constantly switch up roles to make things fresh for players.

Obviously, being a Yautja will be what everyone wants out of the gate. This creature has super strength and sharp blades to sear through flesh. It’s an intimidating opponent that will be a challenge to take down if you’re one of the soldiers.

Still, playing as a human has its appeal too. Being able to join friends and venture out into the cluttered forest with an elite hunting species in the mist will get your heart racing. The movies have depicted these sequences so well, and this game seems to be doing the movies justice. When your squad is victorious at bringing down an alpha Predator, you can imagine the type of satisfaction everyone will feel.

You can’t rest on your laurels, though. Minutes later, you may go from prey to predator. Predator: Hunting Grounds is set to release sometime in 2020 on the PS4. Thus far, it looks like a dangerously good time.

Sep 1, 2020 Jeremy Green 8830
Predator: Hunting Grounds has now been out for several months. In that time, players have got to experience the ultimate battle between Predators and...

Aug 26, 2020 Jeremy Green 8170
Predator: Hunting Grounds by IllFonic is an asymmetrical online multiplayer shooter that has now been out since April. So what's the general...

Aug 20, 2020 Jeremy Green 8600
If you've ever wanted to see what it was like to become a Predator and hunt humans or be an elite soldier taking out one of the most skilled hunters...