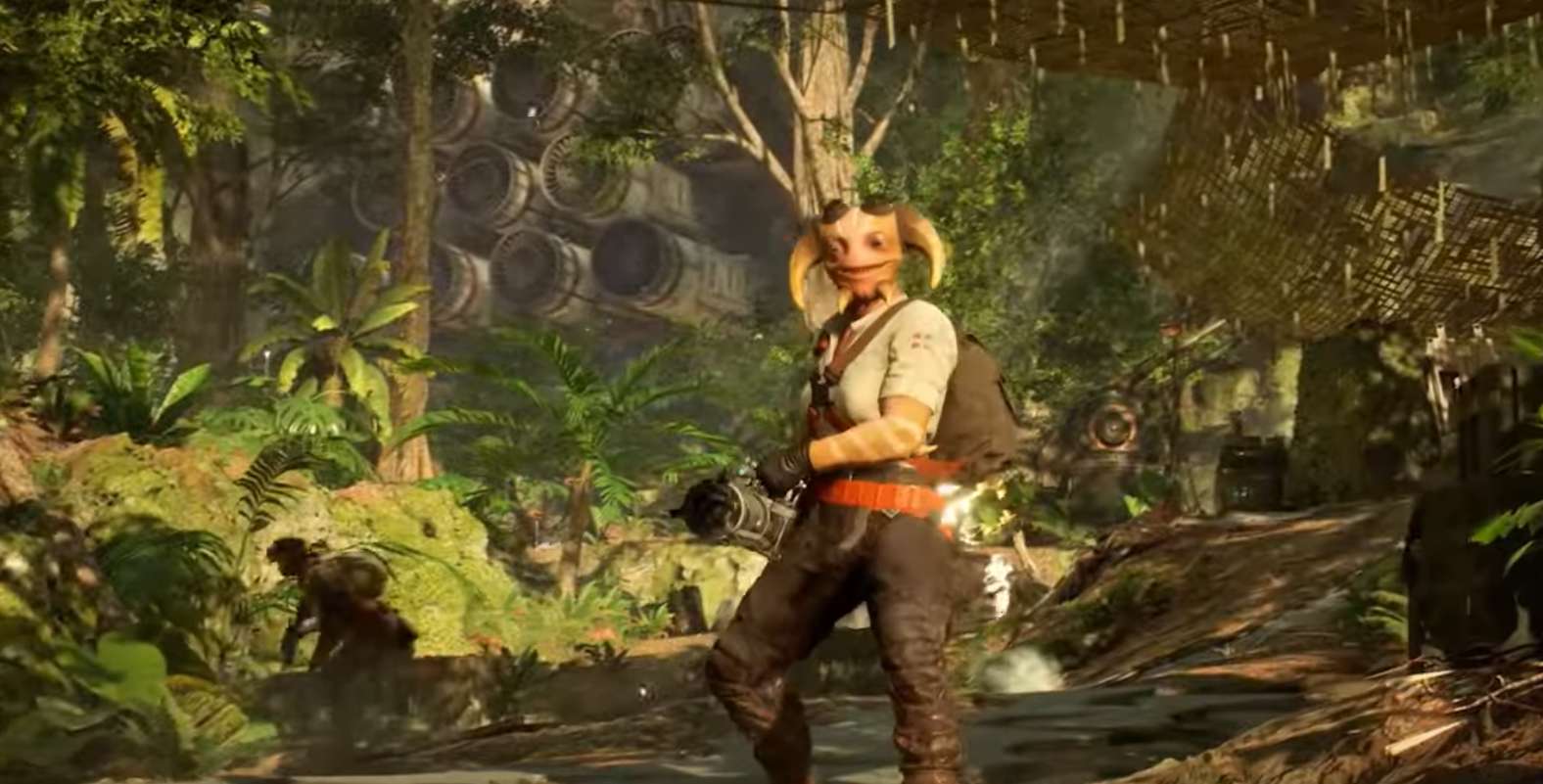 With Star Wars The Rise of Skywalker making waves in theaters this weekend, PlayStation posted a large update for players of the Star Wars Battlefront 2 game, detailing some of the new locations, classes, skins, and characters coming to the game from this new film.

First off, they preview a location called Ajan Kloss, which features lush tropical forests and caves to do battle in. Players will find a large section of the forest scorched and burned away. The video goes on to say that this is the doing of the villainous First Order.

This was done to create a landing area, where First Order troops can enter the world and attack The Resistance Base located within the stage’s caves.

The Dark Side now has two new support characers that will carve through Resistance fighters.

The Sith Trooper is an Infiltrator class soldier equipped with some amazing weapons and abilities. It has a powerful new blaster rifle and seeker tactics, which help them locate enemies throughout the battle stage.

They also have an oppression grenade, which is a destructive explosive device. It also has a combat rush ability and can regenerate health when taking down enemies.

Players can also take on the role of a First Order Jet Trooper. This Storm Trooper class can fly using jet packs to soar over the area. Flying, dodging, and hovering are all possible with this new character. They can even soar at an opponent with the jet pack and tackle them!

On the Resistance side of things, we have a new heavy support characer called an Ovissian Gunner.

She wields a modified rotary cannon that has success against infantry units and armored vehicles alike. She can also heal herself and allies.

The Resistance is also getting a Caphex Spy character. It uses a GLIE-44 Pistol that can be overcharged into a rapid-fire weapon. Using a scanner beacon, this class of soldier can determine enemy positions. Players can use this ability outdoors to call down an air strike.

Starting in December, Finn, Rey, and Kylo Ren will have new appearances that reflect their roles in the new movie. Finn has a Resistance Fighter outfit. Rey is in her white Jedi robes. Kylo Ren sports his repaired mask in his Supreme Leader outfit.

Capital Supremacy mode will also be coming to the Sequel Era for the first time, starting in January.

On top of that, the adorable droid BB-8 will be a playable character in the game, with his evil dark counterpart BB-9E available for Dark Side players.