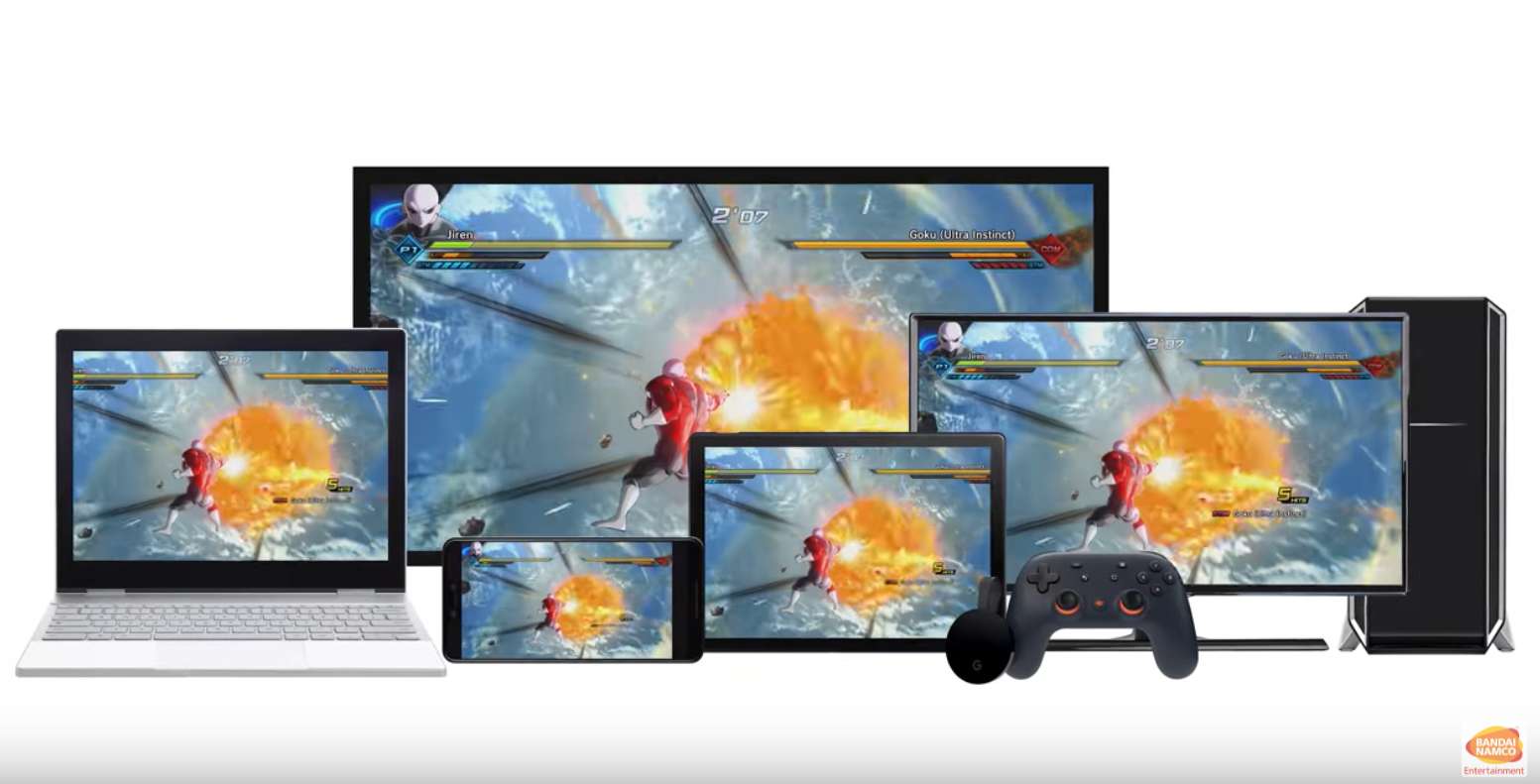 Dragon Ball Xenoverse 2 has released on the Google Stadia platform, and to celebrate this new foray into Google’s domain, developer Bandai Namco has released an epic new trailer for the game.

Xenoverse 2 is not a new game by any stretch of the imagination. It first hit stores in 2016, on the PlayStation 4, Xbox One, and PC. It later came to the Nintendo Switch console in 2017.

The trailer is a collection of scenes from the game, showing off some truly epic moments from Dragon Ball Z and the most recent series, Dragon Ball Super. Of course, since this is Xenoverse, there are some story elements that were not included in the original anime or Manga.

In the Xenoverse games, you can create a custom character, whether they be a human, Saiyan, Namekian, Majin, or Freeza race. You use that fighter to patrol time and set things right while battling alongside Goku and the other heroes of the franchise.

The Dragon Ball series started as a manga, which is a Japanese comic book. It was later adapted to an anime series called Dragon Ball.

Dragon Ball followed the adventures of Goku as a young child. He met friends and embarked on quests to find the seven mystical dragon balls. Once all the balls were brought together, Shenron the Eternal Dragon would be summoned to grant the adventurer any wish they desired.

In Dragon Ball, Goku fought villains like The Red Ribbon Army and the Demon King Piccolo.

The franchise was popular, but did not really take off in the U.S. until its second series, titled Dragon Ball Z. Goku is now an adult with a wife and son. It is there that we learn he is actually an alien who was sent to the Earth to wipe out humanity. Throughout Dragon Ball Z, Goku fights villains like Vegeta, Freeza, Cell, and Majin Buu.

Most recently, Goku and friends returned in Dragon Ball Super, which opened up a multiverse for the first time in the series history. There was also a de-canonized series called Dragon Ball GT, where Goku is turned back into a child.

Mar 1, 2021 Harry Alston 5490
At last, some gritty details about Elden Ring. Sure, the trailer is low resolution, angled, and blurry, but it's still the first glimpse of From...

Jan 11, 2021 Jeremy Green 4860
We are well into January and that's good news if you hold an Xbox Live Gold membership. In just a couple of days, the second batch of freebies will...

Jan 8, 2021 Lisa Nguyen 7830
Tales of the Abyss will soon celebrate its 15th anniversary. Bandai Namco has announced the launch of Luke and Ash figures on the Kotobukiya Japanese...